From Adam and Eve, Socrates to the present generation. 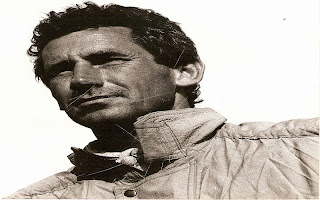 The other day I posted an article about my old friend and mentor James (Jim) Williamson. Yesterday I got another short note from him which I found stimulating.  James is OK about me sharing it wider.
Often I speak or write of the value of modern youth (my opinion is positive and I spend a lot of time on FB etc blasting old farts (usually my brothers!) who begin "in my day we didn't have IPads and Blackberries and interactive TV etc. We took a stick and a potato sack and played all day outside in the snow in bare feet... and we were happy..." ad nausea. They don't stop to think that this is the world that our generation has made and it's not the kids' fault they are born into it. "Anyway," I ask the oldies, "who gave your kids their first Gameboy? Look, we - as a generation - found a world where kids worked around the house, made their own toys and had no electronic entertainment apart from the radio. "Lost in Space" and "The Goon show".


But the thing is we evidently DIDN'T LIKE IT like that, because we have been working for half a century to change it into something totally different. We, the generation born just after WW II invented digital technology to make sure no kid in a rich country would ever have to make a trolley with pram wheels again. We gave them 2 cars and 3 TV sets per family, laptops, Iphones and i-games. Through the 1960s and 70s we also made sure they would find grass, hash, horse, coke, speed, LSD ecstasy, crack etc. on the social scene, and in the 80s added AIDS to the mix. So how can we blame the kids of today if they can't "play in the streets"? It's obviously been a long time since these old farts took a good look at your average urban street. Who'd play there? You'd need to be Rambo just to survive. That's what my generation has done. So hey, old man, leave them kids alone. All in all you're just another fart in the hall.

Oops! There I go again Bob, getting off the track. We´re supposed to be looking for issues we don't agree on, but I'm sure you'll agree with this because all NGOs are fuelled by youth volunteers. We (as a generation) did a lot of good things coming mostly out of the hippy ideology: we fought for women's rights, gay rights, children's rights, the rights of the disabled, native people's rights, self-determination, got rid of segregation in USA and South Africa, began environmental protection as a worldwide concern, drove the volunteer movement and proliferation of NGOs (not always to the best ends, but an overall green mark nevertheless especially to the "without borders" groups, Greenpeace, Amnesty International, Save the Children and the WWLF not to mention classics like Red Cross/Luna Oxfam etc.) and countless other achievements. Most of these movements arose in response to the world we were brought up in That world is seen today as innocent and it's children (us) as so creative and resourceful that we could spend all day entertaining ourselves in the middle of high street with a Wattie's tomato sauce can. It is now brandished in the face of today’s digital generation as something innately good, a kind of Eden before the fall. But it was our revered parents who formulated and used DDT (my father used to spray it around the section to put down the "dirty old docks" as he called them. Us kids used to help), and napalm, other toxic defoliants, the Bomb itself and upheld apartheid and called anyone from SE Asia a gook. "We" (as a generation) fought to eradicate their sins, but we brought so many of our own -unawares perhaps- that maybe it wasn't such a good idea to develop all that technology. The perversion of technology for evil is always a step ahead of the its potential for good.

Well Bob, must end here and get some work done: 30,000 words on heliostats are waiting to be nicely explained in perfect Kiwi English. Spain is a world leader in solar technology. Just as well we do something properly! At least I am sure - 100% sure - that heliostats and wind turbines are an unmixed good. Biomass is a bit more problematic until we can solve the problem of supplies. The demand for biomass crops is partially to blame for the price of staple grains over the last few years, and partly drives destruction of natural habitats and sustainable subsistence farming methods. The best alternative energies right now are solar and wind-based. But that's another story. Now that I think about it, maybe I specialise in this field not only because it's dynamic, but because it answers my need for absolutes in a world where morality is inevitably relative. Old Socrates would have been hard put to it in his search for "The Good" if he knew what we know.

Simple trick to cut your power bill by 75%:

Want to know how to easily produce all of the renewable energy you could ever want right at home?

And you will be able to make your home totally immune from power outages, blackouts, and energy grid outages…
so even if everyone else in your area (or even the whole country) loses power - you won’t.

There's a chance you are qualified for a new government sponsored solar energy rebate program.
Click here and find out if you're qualified now!

This is all written by GOD we only doing our part in this world but it depends on us that what way we should choose first wrong or right way if we choose the right way and do those works which are liked by GOD then we get heaven in last or if choose the wrong way and does those works against the DOD's commands then definitely we will get hell after our death so we have to do good works care the humanity also care the animals and every work which are liked by GOD civilian law assignment writing service also guiding me when I searching this type of blogs.