New Zealand can win medals in the Winter Olymics in Russia. 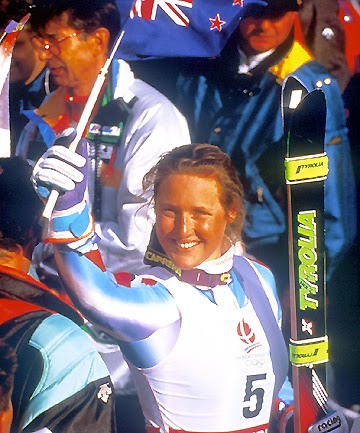 For me, the recent selection of the NZ winter Olympic is a bit of a dream come true. I lived in Switzerland from 1975 to 1979 and skied a lot and studied closely the 1976 Winter Olympics with great interest, and watched NZ skiers coming near last. Why were they last or 2nd last I kept asking myself.

At that stage I met Arthur Klapp and Lynn Divers in Chamonix competing in international free style  skiing events and I remember discussing with them about the potential NZ had for developing more competitors for future Winter Olympics. With ski fields like Turoa and Mt. Hutt opening close to big cities in the 70s, we saw a rise in people flocking to the New Zealand snow slopes. The snow farm in Cadrona, and new ski fields at Treble Cone and the Remarkables ahs bought more NZers to the snow. Asa result of this, New Zealand's new snow generation as arrived.
And although much of the immediate hype and attention will be on Wanaka freeskiing prodigy Jossi Wells, storylines resound throughout the 15-strong New Zealand team named for the Sochi Winter Olympics on 24 January 2014.

Ten of the team, which NZOC chief executive Kerryn Smith describes as "the start of a new era" for winter sport in New Zealand, will 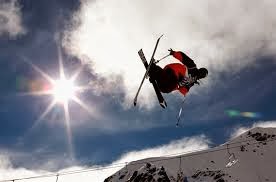 compete in the new Olympic disciplines of freeski halfpipe and slopestyle, and snowboard slopestyle - and 12 of the overall team are first-time

It was the kiwi skier Annelise Coberger who in the 1992 Winter Olympics  slalom skiing won our first ever and still only, winter Olymics medal.. Such is the path Coberger, who retired from professional skiing aged only 23, has taken since the crowning moment in New Zealand winter sports. But that's the thing about treading on snow though, isn't it? It doesn't have a long memory. However deep the tracks you make, they are quickly and quietly erased by the next fall. 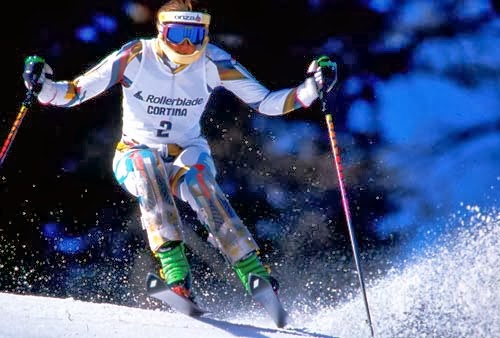 Twenty years ago, those tracks were fresh. Coberger headed to the 1992 Albertville Winter Olympics in France a real smokey to create history.
Based in Austria, she had racked up a series of promising finishes in World and Europa Cup events in the preceding season.
She was seen as a half-chance to get a medal, but, really, no one was expecting much.
Her first run was poor. Coberger was ranked eighth, and looking unlikely to do anything against the tough European-dominated field.
Bugger, she thought, heading into the second run. No one cares about anyone other than the medallists. Push yourself, she told herself. Don't hold back.
She dropped in - and nailed it. Coberger aced every gate - her time was 1:33.10. As soon as she finished, it looked good enough for a medal. And it was.
Only Austrian Petra Kronberger, one of her nation's biggest ever downhill stars, went quicker.
History was made.
We all remember those images on television, don't we?
That fresh-faced Canterbury girl waving a New Zealand flag. That big smile.
Coberger would go back to the Winter Olympics, in Lillehammer in 1994, but fail to complete her runs. That was it for her.

If the silver fern is seen on the Winter Olympics podium in Russia in 2014, chances are it will be worn by one of the 11-strong freeski and snowboarding contingent.
The eldest Wells brother, Jossi, who won an FIS World Cup event in slopestyle in Switzerland last week, is the biggest hope in both halfpipe and slopestyle, though his younger brothers have the skill and strong form on the world circuit to earn their way to the finals.
.Jossi will be joined at the Sochi Games, which start on February 8, by his younger brothers Byron and Beau-James, meaning three family members have been named in a New Zealand Olympic team, summer or winter, for the first time.

Wanaka skiers Lyndon Sheehan and Janina Kuzma will join the Wells boys in Sochi, in the men's and women's freeski halfpipe respectively.
New Zealand's contingent in the women's snowboard slopestyle offer perhaps the next big hope. Stefi Luxton, Rebecca ‘Possum' Torr, Shelly Gotlieb and Christy Prior will form four of the 24-strong field in Sochi, and Prior comes into the Games after a World Cup victory in Canada this week.
Another Olympic medal in 2014, and then the winter Olympics in New Zealand?
Posted by Bob McKerrow - Wayfarer at 13:21