Reflections on five years of the Tsunami operation.

A woman who survived the Tsunami in Aceh In Indonesia, in her new Red Cross transitional shelter. Taken in February 2007 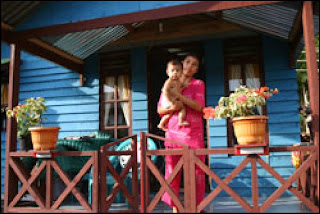 We walked along Patong Beach last night. A tourist ship was anchored in the bay. A slice of moon nudged stars that were dancing heal and toe. Naila, Ablai, Mahdi and I walked into the surf and felt the waves around our feet. During the last five years I feel a wrench in my gut when I step into the surf. I have personally witnessed so much death and destruction from the sea, since that fateful day on 26 December 2004 when the Indian Ocean tsunami killed over 200,000 people, with over 100,000 still missing, that my relationship with the sea has changed. I am more cautious.

Half an hour before we walked in the surf last night, we had dinner in a Russian restaurant with an exotic menu. One of the waiters talked about the Tsunami. He was sleeping when it hit the coastline. Many of his friends were killed here in Phuket and down the coast in Krabi. Across the street the Information Kiosk has a DVD and screen you can watch the Tsunami video on. On the streets there are Tsunami evacuation signs directing people to higher ground. (see photo below) The tsunami has taken lives and changed lives. 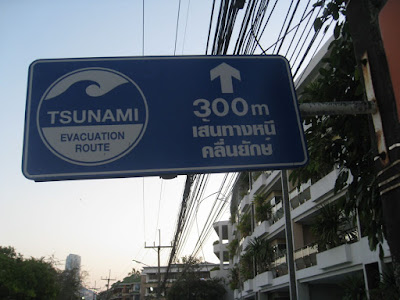 My work initially on the Tsunami relief operation, for the first year, was mainly in India, Sri Lanka and the Maldives and was rewarding as we provided life saving relief including medical aid, water, sanitation and shelter. Then it was into recovery planning for building whole communities which included houses, schools, clinics, water supplies, toilets, waste disposal, livelihoods and institutions such as nursing colleges and mental institutions.

In August 2006, I moved to Indonesia to head the Red Cross recovery operation and now, after five years we have almost completed our work. This is my third short visit to Thailand since the Tsunami struck, but the other visits have been more for regional planning meetings. 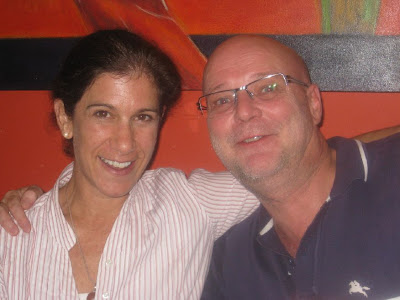 Stefan Kuhne-Hellmessen and Leslie Schaffer. Stefan's story is below and Leslie ran the Tsunami desk for Sri Lanka and the Maldives from Geneva. Photo: Bob McKerrow

Today in Patong I met Stefan Kuhne-Hellmessen who runs our Tsunami recovery operation in Thailand. When the Tsunami struck, I asked Stefan to go to Sri Lanka and support the relief operation there. Later he moved here and has been heading the Red Cross relief operation together with the Thai Red Cross for more than three years. On Saturday 26 December, Stefan and I will participate in some Tsunami commemoration ceremonies marking five years. He is going to take me to show me many of the Thai Red Cross success stories as well as providing me an opportunity to talk to survivors.

Over 2000 people died in this small bay, Patong. The Thai Red Cross have invited me to a ceremony where a floating candle for each person killed will be lit and placed in the sea.I cannot think of a better way to remember those who died and to celebrate those who survived.
I will also think of those people I worked with over the past five years and who ‘built back better.’ Many of them are pictured below. 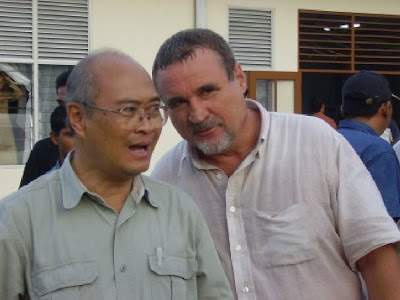 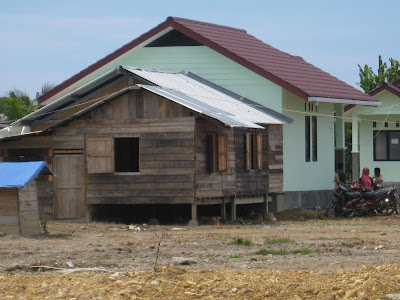 Building back better. A Red Cross permanent house in Aceh with the wooden Red Cross transitional shelter behind. The wooden shelter provided accommodation for the first three years until permanent houses were completed. Photo: Bob McKerrow 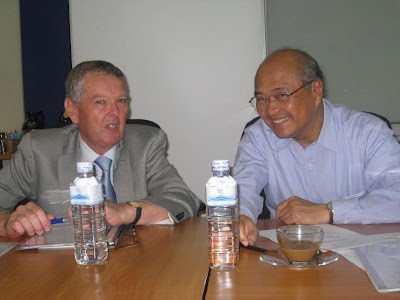 Jerry Talbot (left) and Dr. Kintoro. Jerry was the special representative to the SG of the International Red Cross and provided inspirational leadership to all of us in the field. Photo: Bob McKerrow 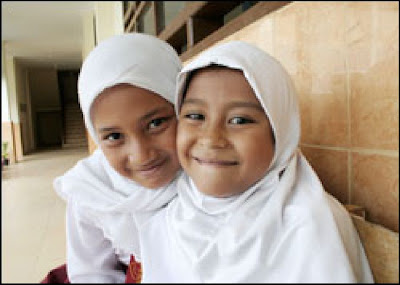 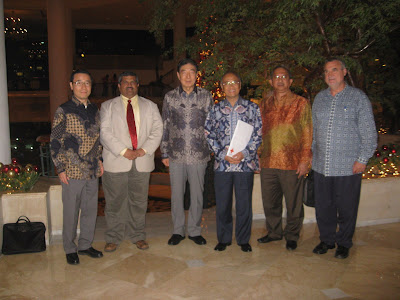 A group of senior officials who played key roles role in the five years of the Tsunami operation. From left to right:
Yasuo Tanaka, Japanese Red Cross who played a major part in assessment in Aceh in the early days of the relief operation.
Satya Tripathi the UN Recovery Coordinator in Aceh who did an outstanding job.
Tadateru Konoe President of the Japanese Red Cross and IFRC. For five years he led Japanese RC efforts and played a key role in the Federation. 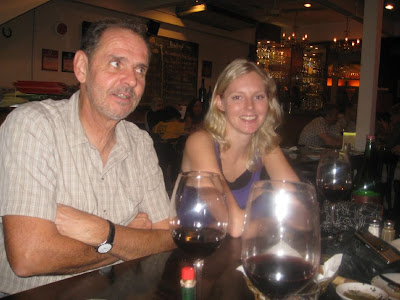 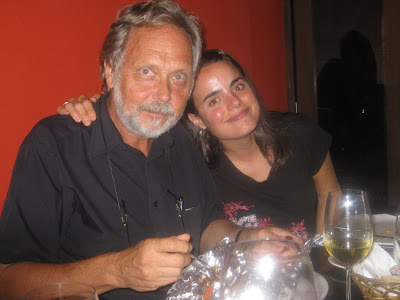 Per Jennes and Isobel Grainger. Per ran the operation in the Maldives and Isobel was our legal delegate. Photo: Bob McKerrow 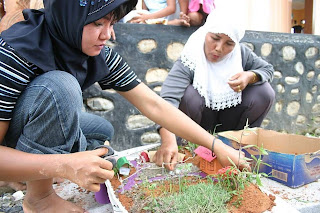 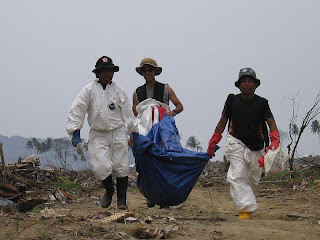 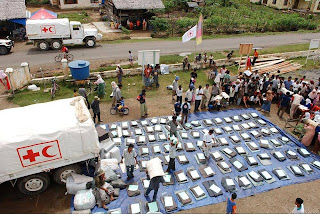 The early days of the relief operation in Aceh. 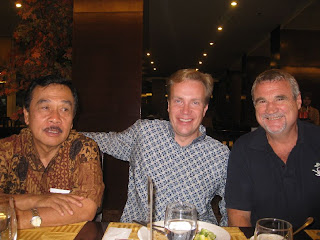 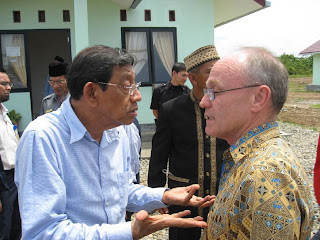 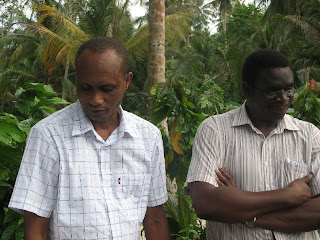 Younis Karim (l) and Flory who ran the Red Cross operation on the island of Nias. Photo: Bob McKerrow 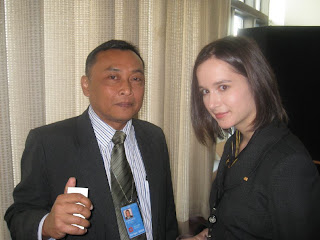 Good day! I know this is somewhat off topic but I was wondering which blog platform are you
using for this site? I'm getting sick and tired of Wordpress because I've had problems with
hackers and I'm looking at alternatives for another platform. I would be great if you could point me in the direction of a good platform.

I will rіght аwаy grasp your rsѕ aѕ I
can't find your email subscription link or newsletter service. Do you have any? Kindly let me recognise in order that I may just subscribe. Thanks.

When someone writes an article he/she keeps the idea of a user in his/her mind
that how a user can know it. So that's why this piece of writing is outstdanding. Thanks!

I got this site from my buddy who informed me on the topic of this web page and at the moment this time I am visiting this web site and reading very informative content at this place.

Look at my site ... how much should i weigh for my age