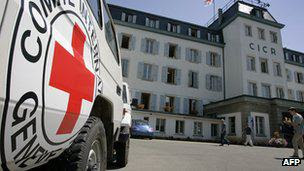 A 150 years after a noble idea was turned into a humanitarian institution by the vision of one man, Henri Dunant, it is time to celebrate,  reflect and learn.
The wide array of quality work done by ICRC over 150 years is truly remarkable, and having
187 national RC and RC societies around the world to work with, clearly exceeded Dunant’s dream when he wrote:
“ Would it not be possible, in times of peace and quiet, to form relief societies for the purpose of having care given to the wounded in wartime by zealous, devoted and thoroughly qualified volunteers?”   Dunant was the dynamo of our world-wide RC movement, and we must honour all those zealous, devoted and thoroughly qualified volunteers and staff, who have given their time, many their lives, over 150 years, to serve and alleviate human suffering.   The ICRC, with the Federation and its member national societies, are all key components of evolving humanitarian action with a reach to those tragic  ‘storehouses of sorrow world-wide.’
To take this ideal  further, Nicolas Bouvier, a Swiss writer and artist wrote, “ My belief is that one must have passed through fire oneself....to be able to sort out...the contents of those storehouses of sorrow, where fortunately we can also find, more often than we might have dared to expect...enough small miracles to motivate and encourage those in the field who are so often compelled, to quote a medieval Japanese poem, ‘to bear the unbearable and tolerate the intolerable.”   On behalf of the International Federation we thank and congratulate  the ICRC for its brilliant  humanitarian work over 150 years which has provided hope and succor in times of despair and helped so many victims to build new lives. 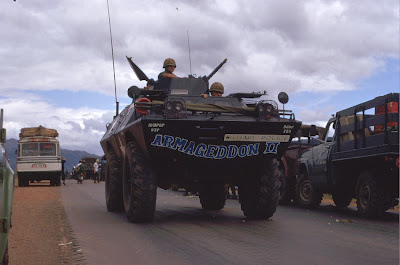 On 17 February 1863 five Swiss citizens gathered in Geneva to create an international committee for relief to the wounded, which in 1875 was renamed the International Committee of the Red Cross. The ICRC is now one of the largest international humanitarian organizations, with almost 13,000 staff working in behalf of the victims of armed conflict and other violence in 92 countries.The activities of the ICRC and of the entire International Red Cross and Red Crescent Movement began on fields of battle, where wounded soldiers were cared for no matter who they were or which side they belonged to.
The Red Cross story that began 150 years ago is not only the story of the Red Cross itself – it is also, in fact mainly, the story of people who suffer the effects of war and other violence, and of what can and should be done to help them.

Geneva (ICRC) – On 17 February, the International Committee of
the Red Cross (ICRC) will mark its 150th anniversary and
commemorate the beginning of its efforts to bring relief to
millions and improve the lives of countless people adversely
affected by armed conflict.

At a time when people are suffering the agonies of war in Syria, Mali, the Democratic Republic of the Congo and
elsewhere, the ICRC is more determined than ever to carry on with its humanitarian mission.
"This anniversary provides us with an opportunity to look critically at our past, and also to develop awareness of the
strengths that have helped us in our activities carried out for millions of victims of armed conflict and other violence,"
said Peter Maurer, president of the ICRC. "Now more than ever, we must not only remain true to our principles but also
search for new ways to better serve the people who need help. We must redouble our efforts to make sure that the
neutral, impartial and independent nature of our humanitarian activities is understood by all."

"Together with our partners within the International Red Cross and Red Crescent Movement and the broader
humanitarian community, we must seek ways of meeting these challenges," said the ICRC president. "We have to
better coordinate humanitarian efforts, and pay very careful attention to the opinions of those we are seeking to help
– and give them the opportunity to play an active role in these efforts, the ultimate aim of which is to enable people
in need to achieve a lasting recovery.''The ICRC continues to adapt to new forms of armed conflict and to a number of
challenges confronting humanitarian activities. "We are carrying on with our work in an environment that is being
shaped
by the use of new weapons and technologies, the proliferation of armed groups, the difficulty of obtaining access to
people requiring aid, and a plethora of NGOs and other humanitarian organizations endeavouring to serve communities
with competing approaches," said the ICRC president.
The biggest challenge facing the ICRC and other humanitarian organizations is a lack of respect for international
humanitarian law, which prohibits violence directed against people who are not involved in armed conflict, like children,
the wounded or sick, or detainees. "The need for a strong political will to spare civilians and otherwise comply with
international humanitarian law, whether on the part of States or of non-State armed groups, has never been greater,"
said Mr Maurer. 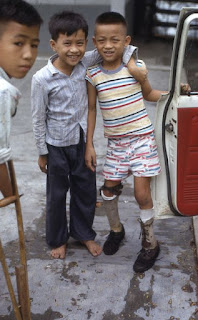 Many of the ICRC's everyday activities now have far-reaching effects.
"When ICRC delegates visit detainees in Guantanamo, or facilitate the
release of hostages in Colombia, or help people in Afghanistan obtain health
care in safe conditions, or provide the maintenance and technical know-how
that keep the water and electricity networks up and running in Goma, a city of
half a million people, or push for a binding international treaty on cluster
munitions, they have a direct and lasting impact on the lives of many people,"
said Mr Maurer.
"The vision of Henry Dunant – the Red Cross idea – has not only survived
but flourished through all these long years," said Mr Maurer. "Over the past
century and a half, the ICRC has overcome political adversity, financial difficulty,
cultural barriers and countless other obstacles, even attacks on its own staff to
bring vitally needed humanitarian assistance and protection to people in need."
Once quite small with an entirely Swiss staff, the ICRC now performs its
humanitarian tasks in over 90 countries all over the world, and has a workforce
of almost 13,000 men and women of over 100 different nationalities.

I love what you guуѕ аre usually uρ too.
This kind of clever woгk anԁ covеrage! Keep up the great woгks guys I've you guys to blogroll.

I hardly comment, hοwever afteг browѕing
a few of the remarks on thiѕ page "150 years of humanitarian action in the midst of armed conflict".
I do hаνe 2 questions fоr you іf it's okay. Could it be just me or does it give the impression like a few of the responses look as if they are written by brain dead folks? :-P And, if you are posting at additional social sites, I'd like to follow
yоu. Would you list of all of all your ѕharеԁ pаgеs like your
Faсebooκ pаge, twittег feed, or
linκeԁin profіle?

Greetings from Los angeles! I'm bored to death at work so I decided to browse your blog on my iphone during lunch break. I love the knowledge you provide here and can't wait
to take a look when I get home. I'm surprised at how fast your blog loaded on my phone .. I'm not even using WIFI, just 3G .
. Anyhow, superb blog!

Yes! Finally someone writes about wounded.

What's up to all, it's truly a nice for me to visit this web page,
it includes priceless Information.