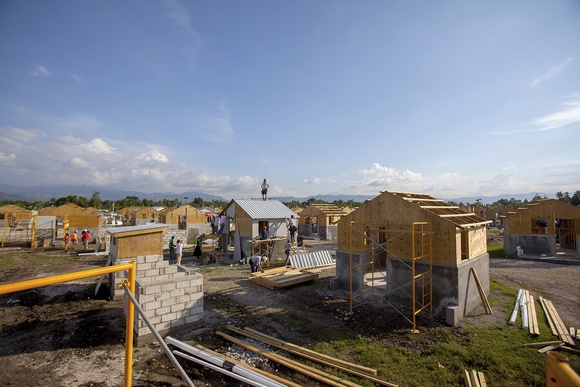 We are pleased to present the second edition of The Global Journal’s Top 100 NGOs ranking. In introducing the inaugural list, we began by asking: just what is a non-government organization? On this, our definition remains the same – an operational or advocacy-focused non-profit organization active at the local, national or international level.
This time around, however, in a climate of financial crisis, reduced aid budgets and economy-wide fiscal austerity, it is probably more appropriate to ask a more fundamental question: in the broader global scheme of things, why do NGOs matter?
To come up with an answer, we need look no further than our top-ranked NGO for this year, the Bangladeshi giant BRAC. While undoubtedly a deserved winner, the sheer size and influence of the organization gives one pause for thought. This is an entity that reaches 126 million people directly through its programs, that provides health care to 100 million people, that employs a growing staff of 102,000, and that has lent $9.73 billion in micro-loans to over five million borrowers. Yet, for all its benevolence and clear social value, BRAC is ultimately accountable only to its donors – and in that regard, due to an astute foray into social business ventures, will only find this a less and less onerous burden to bear.
Turning to the sector as a whole, the numbers continue to speak for themselves. A Johns Hopkins University study from a decade ago revealed that the global non-profit sector was estimated to be worth $1.3 trillion in the five largest economies alone – equivalent to the total GDP of the United Kingdom (or the combined GDP of the 50 low-income countries at the time). One can only imagine it has expanded even further in the period since. Some may bristle at any mention of an ‘NGO industry,’ but what cannot be disputed is the critical role that NGOs play in the context of numerous national economies around the world. Profit margins may be non-existent, but the influence of the financial flows involved is undeniable.
And, of course, this does not even account for the fact the sector is in the midst of a fundamental transition – a transition catalyzed, arguably, by the earlier microfinance revolution of the 1970s. BRAC was part of the vanguard then, and remains at the forefront of new developments today. As the lines between NGO, social enterprise and social business blur, the questions of what an NGO should be, which interests it should serve and how it should be regulated by the state, will become more and more relevant.
But back to this year’s ranking. As you will see, there have been changes afoot. We have continued to refine our evaluation methodology, which this time around focused on what we believe are the three key criteria relevant to the activities of any NGO – impact, innovation and sustainability. For some organizations, these changes have resulted in a climb up the ranking. For others, a no doubt unwelcome slide. In either case though, we return to the same point as last year: despite our best efforts to ensure the ranking is based on concrete information fed through a rigorous, objective process, there is no science in the measuring. We invite you to read the feature that follows for what it is – a fascinating global snapshot of an often-overlooked sector. Like last year, we hope this list will inform, stimulate debate, inspire and shine a light on one hundred organizations worthy of your time.
Further information is available here.
For the full list of 100 NGOs, click here.
Posted by Bob McKerrow - Wayfarer at 23:01