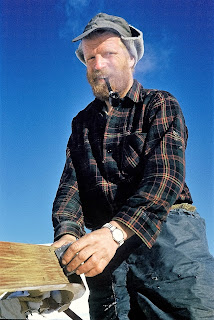 Kevin Pain dedicated a lot of his life to working in the mountains using his carpentry, mountaineering, rescue and skiing skills for the benefit of others.
Kevin Pain found solace and peace in the mountains and had the all-round skills, attitude and survival mentality to have a crack at anything, and not be intimidated by others or hostile environments.
Kevin was born in Westport on 15 January 1928. He left school when he was about twelve and worked in a Butcher Shop. Kevin spoke little of his upbringing but it was a hard one and he knew the inside of orphanages.
At the age of 15, he moved to Christchurch in 1943 and started a 5 year apprenticeship with the Railways on the 15/7/43 as a carpenter   He completed this apprenticeship on the 23/7/48 at the age of 20.
He started on 10 and a 1/4 pence per hour and in his 5th year,  he was earning one shilling and 5 1/4 pence per hour. He stayed in Christchurch after his apprenticeship for a couple years working on new subdivision in the city.
When he first arrived in Christchurch at 15 years he boarded with the Fifields who became lifelong friends.  Jack Fifield also did an apprenticeship at the railways.  On most Friday nights the two of them would board the 6pm train to Arthurs Pass to go deer stalking. 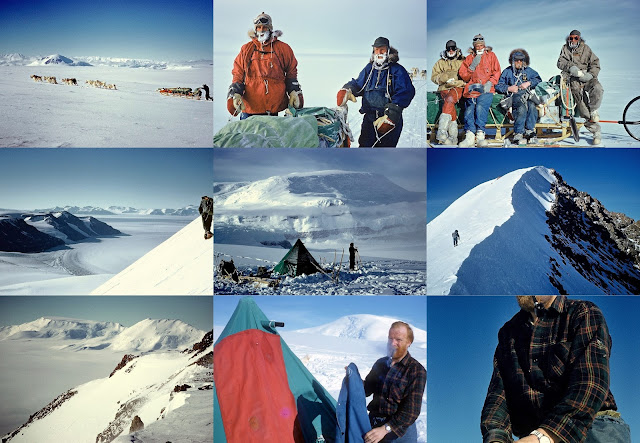 The only stop the train made was at Arthurs Pass but these two always wanted to get off a bit earlier so they would slip the train driver a couple of bottles of beer and the train driver would slow the train down at the given point where they would jump off the train (while it was moving very slowly) signal the driver with a torch all was OK and the train would continue.
While in Christchurch Kevin played rugby for Albion and he often talked about those days – he could name every pub down Moorhouse Ave!
In early 1950 Kev moved to Franz Josef working on a number of projects including the Church.  He also worked in Queenstown, Wanaka and Milford.  Climbing was a passion and sometime in the mid 50s, he took up a job for the Ministry of Works at Mt Cook. While at Mt Cook he became heavily involved in Mountain Rescue, Guiding, Fire Brigade and of course climbing.  A friend told me he “climbed almost every peak including Mt Cook we think 3 times.” Because Kevin never wrote articles, few of his climbs are recorded although one of his ascents of Aoraki Mount Cook is recorded in Jim Wilson’s book Aorangi, in a party with Harry Ayres, and Gil Seymour on 7 February 1959.
In 1962 he did quite an amazing dog sledging trip in the Axel Heiberg Glacier area of Antarctica with a party led by Wally Herbert, Vic McGregor, and Peter Otway. Kevin Pain, was described by Wally Herbert in his book as "an experienced Mt. Cook guide" .
They surveyed a large area of the Queen Maud range and followed Shackleton (1908) and Scott's (1911) route up the Beardmore Glacier. Denied a request to proceed to the South Pole, his party ascended Mount Nansen and descended a route taken by Amundsen in 1911, thus being the first to retrace these explorers' traverses. 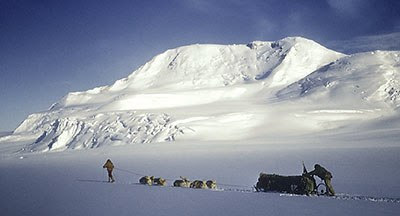 A mountain in Antarctica was named after Kevin. Pain Mesa ( 73°8′S 163°0′E Coordinates: 73°8′S 163°0′E) is a large mesa just north of Tobin Mesa in the Mesa Range, Victoria Land. Named by the northern party of New Zealand Geological Survey Antarctic Expedition (NZGSAE), 1962–63, for Kevin Pain, deputy leader of this party.
In 1969 when I was at Scott Base, the NZ Government announced that Kevin Pain had been awarded the Polar medal for his services to Antarctica.
An important part of Kevin’s life involved Lake Ohau and particularly the skifield
He was a founding member of the Ohau Ski Club and worked away on the tow, the building and ski patrol. Kevin started the Yeti fever at Ohau
There is a type of fenced off area near the access road used for experimental grasses.
Kevin used to tell the kids it was a Yeti pen where they captured and kept Yetis
That story still lives on  - and the Yeti pen is still talked about. And the kids still look out for the Yeti that may have escaped 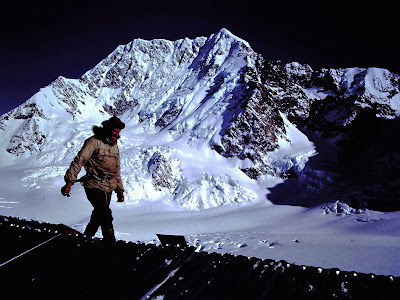 Kevin Pain repairing Palaeau Hut roof after it was blown off in August 1972. This to me epitomises Kevin, in the mountains, fixing something and in damn difficult conditioms. Photo: Bob McKerrow

When I lived at Mount Cook from 1971 to 1973, I got to know Kevin quite well, through our love of mountains and common experiences in Antarctica. I spent a week in Plateau hut with Kevin and a few others putting the roof back on after a storm tore it off. It was freezing and someone said the temps dropped to minus 20oC one night. When skiing out from the Grand Plateau down the Freshfield glacier I had a bad virus, and felt very weak. At the bottom of Haast ridge I took a rest, and dozed off. Kevin came back and shook me awake and had it not been for Kevin, it may have been my last sleep.

Colin Monteath  has another story around that time, and said, “ I remember working with KP in the dark on Herm roof …when a huge section of roofing iron blew off in a storm… It was dangerous as iron was still flying about. KP yelled at me for he was not impressed that my nails were being driven into the new iron in a straight line!!…will never forget that
In 1988, Kevin retired in Tekapo where he built a house.

Graeme Murray, a friend of Kevin's has a lot of information on Kevin's life.
Just before last Christmas we took Kevin down to Moreh Home in Fairlie and introduced him to that wonderful lady in there called Allison.
Can you fancy Kevin, the life-time loner moving in to an Old Person’s Home. What a test of character that must have been.
But they welcomed him with love and compassion not to mention the good meals being served up.
So in the end he never hesitated.
So he moved in for Christmas 2014. But underneath he knew he was in big trouble. His Engine Room was running down  – although incredibly his friends  never heard him complain once.
His health had steadily deteriorated from January on and so after a mighty battle he finally succumbed and quietly passed away just five days ago in the loving arms of his family.

Your website is really nice and this is a great inspiring article.

Thanks for this, Bob. Kevin was my godfather. I remember visiting him many times at Mt Cook and in Tekapo... although they are the memories of a child, and it would be some time before I was old enough to understand what 'The Pub' was and why one might wish to go there :) I last saw him in Tekapo in 1998 while cycling around West Coast / Otago. Didn't think it would be the last time, but life happens and time gets away from us, I suppose. I have nothing but good memories of Kevin and am sad to hear of his passing. My sister found this obituary on 26 April '22, looking to contact him to let him know that our mother, Kathleen Guy, is dying. If there is anything after that, I hope there are mountains...