Three top European skiers have snatched the New Zealand extreme
skiing prize - the first descent of the dangerous, avalanche-swept
Caroline Face of Aoraki/Mt Cook.
Italian Enrico Mosetti and Britons Ben Briggs and Tom Grant made
the 2000m descent from the mountain's summit ridge in about 90
minutes on Friday.
Grant on Saturday described their feat on Instagram as an
"unforgettable adventure".


"The icing on the cake was skiing it in powder most of the way."
From Mt Cook village, the excited trio described their feat to
the Herald.
"I think it is not the steepest line, but it's really long," said Mosetti.
"It's a really big face and probably the biggest problem is to find
really good and right conditions and of course the route finding.
"There's nothing so big in the Alps except maybe for the East
Face of [4634m] Monte Rosa - that's even not that complicated." 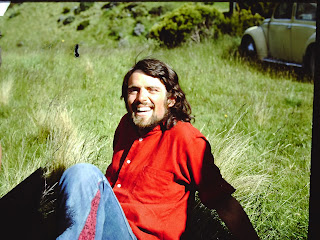 Peter Gough, the first man to climb the Caroline Face in 1970.


It is extremely dangerous because of the risk of an out-of-control fall on steep ice, being swept away by an avalanche, and being hit by falling rock or ice that has broken away from the ice cliffs.
Extreme skiers have been eyeing the Caroline for more than a decade, but most, including a Red Bull team, have been deterred by unfavourable conditions.
Swedes Magnus Kastengren and Andreas Fransson lined up at the top of the face in preparation for the first ski descent November 2013, but Kastengren slipped from Porter Col and fell 600m to his death down the other, western side of the mountain.
Fransson died in September 2014 in an avalanche on Monte San Lorenzo in Chile.
Grant said Kastengren was in their thoughts at Porter Col.
"He was a friend of ours from Chamonix [in France] - for sure, thought about it and looked at where he presumably fell."
Briggs said they felt unsafe only once.
"We stuck pretty much to the spur and you are not too exposed. The only part you feel in any danger is at the very end where you have to get out through a maze of crevasses and seracs [ice towers] but it's not very steep and we spent maybe a couple of minutes going through there on skis."
Nothing went awry and an avalanche that crossed one of their tracks "wasn't huge", said Grant.
"We have got a solid team here. Everybody is switched on and dialled. The skiing was definitely within our comfort zone."
Simon Middlemass, manager of the NZ Alpine Club's lodge at the village, said earlier he had heard the skiers took the climbing line "and that would be really impressive because the bottom part of the route is really threatened by ice cliffs".
John Glasgow made the first ascent of the Caroline with Peter Gough. Glasgow said he was not surprised the face had been skied.
He said conditions varied greatly and sometimes the ice cliffs would make the face virtually impossible to ski.
"You make one mistake and that's the last mistake you make; you don't get to make two mistakes."
Posted by Bob McKerrow - Wayfarer at 23:03

Through the assistance of our Custom College Papers, you will get the best assignment help that will earn you good grades. Order Custom Essay Service from us and benefit from the knowledge and experience of professionals in different academic fields.

Wow, that's a wonderful blog having all the details & helpful. I am impressed! Agra day tour by car

What a fantabulous post this has been. Never seen this kind of useful post. I am grateful to you and expect more number of posts like these. Thank you very much. Pictaram and the other pages describe themselves as 'Online Instagram Posts viewer', which operates through the Instagram API.

Tourists can visit or take the same day Agra tour by train. Tourists visiting New Delhi, often go on a tour of Agra on the same day. If you go for the same day tour to Agra when reaching Delhi, taking a train is fine. Golden Triangle Tour