Great heights in life of adventure 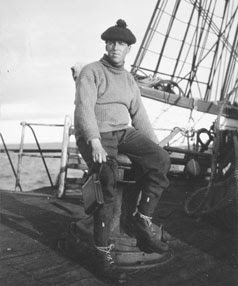 Ever since I was a teenage mountaineer, I have greatly admired the feats of Jim Dennistoun, a Canterbury man who lived an extraordinary life of adventure and danger.
I was delighted to discover in 1999 that  Guy Mannering of Geraldine, whose father, also named Guy, was a friend and climbing companion of Dennistoun, compiled and published The Peaks and Passes of JRD, using letters, diaries, photographs and notebook entries held by Dennistoun families through three generations. It is a superb book, painstakeingly researched, and one of the most beautifully laid out books I have ever read.
ACTION MAN: Jim Dennistoun (left) climbed mountains, visited Antarctica and went to war.

Therefore I was thrilled to read an article wriiten by Denis Dwyer in the Timaru Herald and published on Stuff.co.nz the other day,


It was a short life lived on an epic scale, in vast and perilous settings – mountain ranges and passes, an ice-blocked sea and frozen continent and the battlefields of World War I.

At the beginning there was the peace and beauty of Canterbury's Peel Forest. That's where Jim Dennistoun was born on March 7, 1883, and spent his early years.

His parents George and Emily had the Peel Forest run. There were three children – Barbara, Jim and George.

Jim was educated at Wanganui Collegiate and Malvern College, England.

After he left school, he took up sheep farming, while his younger brother George went into the navy. 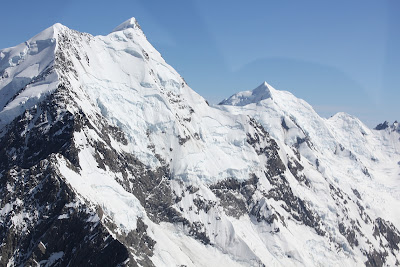 Aoraki Mt. Cook climbed by Jim Dennistoun was one of many peaks he climbed in the Mount Cook National Park. Photo; Bob McKerrow


Beyond Peel Forest were the mountains, which Dennistoun was drawn to from boyhood. He stood atop Little Mount Peel at age 12, Big Mt Peel at 14, Ben Nevis at 15, Ben Lomond at 16 and later a host of peaks including Mt Cook (3754 metres).

He was first to climb Mt D'Archiac (2875m) in Mt Cook National Park, and it was possibly his finest climb.

Undoubtedly his most famous climb, though, was the first known ascent of Mitre Peak, in March 1911.

The 1692m height is deceptively short – the mountain rises almost sheer from Milford Sound and every metre has to be climbed.

The climb was planned during a sea voyage with brother George in the HMS Pioneer in 1909.

But Jim changed his mind when he got there in 1911 and took the route recommended by explorer Donald Sutherland, because he hadn't been able to reconnoitre the other one.

He started climbing at 7.30am with a companion, Joe Beaglehole, who went much of the way, but Dennistoun climbed the last 300m on his own, up steep, smooth slabs of granite. They got back to the boat at 9.45pm, cold, wet and exhausted. 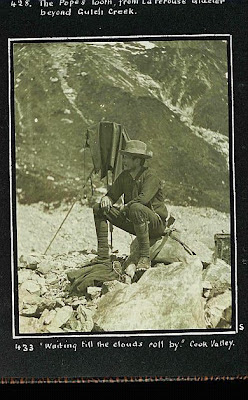 Jim Dennistoun was a great admirer of Dr. Ebenezer Teichelmann (left) the west coast surgeon and mountaineer who he met on a few ocassions and wrote to regularly.

In 1912, Dennistoun joined the Terra Nova, which was going to the assistance of Captain Robert Falcon Scott's expedition in Antarctica. He had been invited by Lieutenant Harry Pennell of the Royal Navy, a visitor to Peel Forest, who happened to mention he wanted someone to take charge of the mules. Pennell could offer no pay, but the adventure was enough for Dennistoun.

The seven Himalayan mules donated by the Indian government arrived at Quail Island in September 1911 and were later joined by 14 Siberian dogs.

Some clothing was provided, but Dennistoun had to supply much of his own.

When the reinforcements arrived in Antarctica, they were used not to make another attempt on the pole, but to join the search party for Scott.

On November 11, 1912, the mules reached the tent containing the bodies of Scott, Wilson and Bowers. The Norwegian team of Roald Amundsen had beaten them to the pole by 33 days.

Dennistoun was later awarded the King's Antarctic Medal and the medal of the Royal Geographical Society.

He returned to his farm near Lumsden but did not appear to enjoy his life there, and sold the property in April, 1914.

He had owned his first farm at Hawea for even less time – bought in April 1910 and sold in September 1910.

In July 1914 he bought yet another property, this time at Mangamahu, near Whanganui, but his business partner hadn't seen it. When he did eventually see it, he didn't like it.

In a panic, Dennistoun tried to get out of the deal but couldn't. To his relief, he found other partners.

On the outbreak of World War I, Dennistoun worked his way to England as the deckhand on a steamer and obtained a commission in the North Irish Horse.

He went to the front in November 1915 and for some months was intelligence officer to a division. Then he joined the Royal Flying Corps. Brother George was by this time a lieutenant commander in the Royal Navy.

On a bombing sortie over Germany, Dennistoun was observer and bomb thrower in a biplane being flown by his cousin, Herbert Russell, when their plane was shot and went down in flames.

Russell was able to flatten the plane out enough to avoid a nose dive. Both were thrown out on landing.

A doctor dressed their wounds and they were taken to hospital. Dennistoun was seriously wounded and had two operations. He was told that if his third was successful, he would recover.

One of the nurses, Lili Eidam, spoke English and, sympathetic and kind-hearted, took notes while Dennistoun dictated and wrote to his mother.

On August 9, 1916, he had the third operation at a hospital at Ohrdruf. Afterwards he became suddenly weak and died. He was buried at Niederzwehren Cemetery at Kassel in Hessen. Russell survived.

Dennistoun's name lives on in the annals of Scott's expedition and in war records, and also in the high country of New Zealand, which he loved so much.

An unnamed peak (2315m) opposite Mt D'Archiac was named in tribute to him. There is also a pass and a glacier.

The face of St Michael is a portrait of Jim and in the bottom pane is a small representation of Mitre Peak.

thanks to stuff.co.nz for permission to use extracts from this article.

Kia ora Bob,
Nice. Just pulled my Teichelmann book off the shelf for an evenings read. Hope you are well.
Cheers,
Robb

Great, we have to keep the names of George Lowe of Ruahine fame and Teichelmann of the Southern Alps alive, to inspire others.