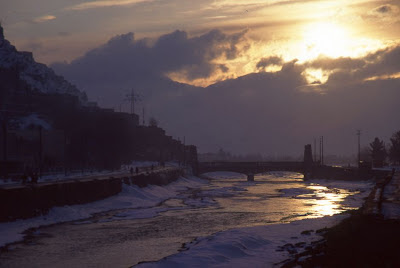 Over the years I have been saying that the US and its allies should have taken note of  of the many thousands of years of recorded history on Afghanitsan to make sure they don't repeat mistakes made by other occupying powers.

I was fascinated by the article I attach below written by Jonathan Power, foreign affairs columnist for the International Herald Tribune. I hope the leaders of countries with troops in Afghanistan read and understand this advice.

When it comes to creating a peace in Afghanistan sufficient for the US and NATO to pull their troops out with some degree of confidence in the country’s future stability history offers conflicting lessons.


The mantra is that war-shattered states must be guided into a liberal democracy and a market-orientated economic system.

Yet there is much evidence that the process of political and economic liberalisation can sometimes do more harm than good in states that have just emerged from civil war. Liberalisation doesn’t always foster peace. Both democracy and capitalism are built on a paradox- the notion that societal competition can limit inter-communal competition and dampen conflict.

Last week’s peaceful if biased election in Angola is a reminder of the 1992 election meant to end the civil war. In fact it polarised the combatants’ political parties even more and rekindled the fighting.

Liberalisation did not help Rwanda avoid the genocide of 1994. The partial liberalisation of the popular media following the Arusha Declaration helped reignite the conflict. The growth of a vibrant but irresponsible anti-government press appeared to reinforce the desire of the extremists of the ruling Hutus not to share power with the Tutsis nor to allow the promised elections to proceed.

In Bosnia political liberalisation seems to have worked against the goal of building a lasting peace. The Dayton accords, signed in November 1995, mandated elections. But the elections in the following year consolidated the power of extremists and nationalists, reinforcing the country’s division into separate ethnic conclaves.

In Central America following peace agreements that led to elections in Nicaragua, El Salvador and Guatemala it has been economic rather than political liberalisation that has caused destabilising effects.

In El Salvador there has been a sharp increase in criminal violence giving it the world’s highest murder rate with a greater number of deaths than in the civil war. The International Monetary Fund and the World Bank initiated in return for future help a fast purge of subsidies, public ownership, trade barriers and high government spending and employment. Realing from the effects of war this was the coup de grace, hitting disproportionately hard the rural poor and the urban working class. Unemployment shot up. Income distribution, the general welfare of the society (longevity, infant mortality etc) and poverty worsened. Crime took over.

In Nicaragua the imposed “structural adjustment” in 1990 led to a 50% drop in wages and a 30% drop in per capita food consumption. The 90s became a “lost decade”. At the time the newly deregulated financial and export sectors thrived but only helped a small proportion of the population. Reduced government spending made it difficult for the government to fulfil its war-ending promises of land reform and increased credit and agricultural aid. Crime increased sharply. An editorial in the New York Times in March 1990 made the point that “Central America’s warring nations have essentially returned to the conditions of misery and inequality that caused the wars to begin with.”


Nevertheless, there are examples, such as Angola and Mozambique, where peace has broken out after harsh civil wars and has been sustained.

There are two reasons. Both countries are neighbours of South Africa. South Africa was the puppeteer of the wars and once it forsook that role the countries more easily turned to peace than the Central American ones.

The second explanation is the economic benefits they obtained from bordering South Africa. This gave them the much needed foreign investment which financed massive industrial and infrastructure projects and gave their economies a boost during the precarious, early period of economic reform. Both countries have had a fast rate of economic growth.

Third, they were ruled by strong men. In Angola’s case by a relatively benign dictator, Jose dos Santos, who last week finally asked for a popular mandate; in Mozambique’s case through continuous elections that gave enormous power for 19 years to a popular leader, Joaquim Chissano.

We learn from all these case studies- Mozambique is an exception- that in many situations both severe economic reform and elections should be delayed until poverty-reducing programmes and cross-factional political parties and media institutions are more solidly established. Successful candidates should also be required to win a minimum level of support from each of the warring groups. (In presidential votes in Nigeria aspirants have to win not only a majority but at least 25% of the vote in two-thirds of the 19 states.) International lenders and financial institutions need to give more resources to improving income distribution and sustaining social programmes. This should come before or at the same time as “pruning” takes place.

We must learn from history and not make the same mistakes when negotiating and implementing the end of other bitter conflicts, including Afghanistan. It should not be forgotten that when Germany and Japan were defeated in the Second World War the allies enforced sensitive social and politically aware reforms. They seem to have lost their touch.