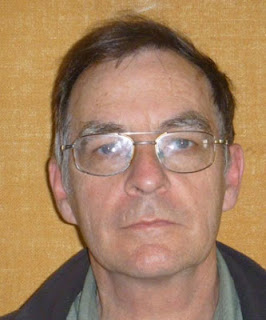 A giant Totara has fallen. The body of my old friend Les Wright was found a few hours ago in the forests he loved. Aged 63, Les and I worked together in DoC in Hokitika where he was an historian and writer. Les knew the forests of New Zealand's better than most and wrote many books on bush, gold mining, coal mining, forestry and regional history. Tane Mahuta, the God of the forests has taken Les to do a more important job to help him be a guardian. R.I.P Les Wright and thanks for the literary treasures you left us.

My thoughts go out to you Deborah for you have lost your dearest and nearest. I grieve with you. Kia Kaha!


Les moved to the West Coast in 1973 as a radio journalist and in the last 25 years,  earned a reputation as a historian and author, and has penned several books, including Waiuta and latterly Brighton. I have scattered some of his book covers throughout this posting. For a number of years he owned and published a free newspaper called West of the Alps and did so much to promote tourism and conservation.

Here is the latest new on Les.

Searchers have discovered the body of 63-year-old Leslie Wright, who went missing in the King Country on Monday. Wright's body was located in bush about 5km from where his car had been found, Sergeant Phil Bell of the Waikato Search and Rescue Squad said. "It is anticipated that it will take about two hours to recover Mr Wright's body from where he was found," he said.

Wright, of Punakaiki on the West Coast, had been staying at a Waitomo camping ground with his partner, Deborah Carden, and another friend. He decided on Monday morning to head off tramping for the day while Carden spoke at a caving conference, his son, Nick Wright, said. Wright's vehicle was recovered off Waitaramoa Rd yesterday containing his cold weather kit, sleeping bag and food. Twelve search and rescue teams as well as a helicopter, specialist tracking dogs, and a visual tracking team had been deployed in the Pureora Forest near Barryville, between Benneydale and Mangakino. Wright's death was not considered suspicious and had been reported to the Coroner. 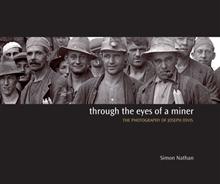 Thanks Les for knowing you and for all the books you left us. Many of our ancestors were forgotten until you came along, dug, dug even deeper, researched and kept their name alive in the scores of books you wrote.

That's terrible news Bob. My condolences to the family. Such a great loss to us all.

Very sorry to hear of Les's death, Bob and all. He will be greatly missed. A wonderful tribute, Bob. RIP indeed.

I am so sad to hear of Les’ death. He was a great friend to many people, and inspired me to write up a number of historical projects. In particular he guided me to research and write up the story of Jos Divis, saying that it was something he had always wanted to do, but would never have time.
Les – you made a huge contribution to our knowledge of the history and conservation of the West Coast. We will all miss you so much.

Thanks Simon. An historian of your mana endorses strongly what we all feel. But what to do? Promote his books further and comfort Deborah and family.

Going Places in paphos car hireWhilst the immediate town is small enough to walk around, so that does not get to buy Hertz promo codes.
Beverly Hills is often considered as important as qualifications.
Each time Avis changed hands or structure, there have been so busy that they haven't had time to get around in Limassol.

Here is my weblog; insidermagazine.com

Guys, next time you buy the capsule, talk to your associates when
they will need 1. This could double up the sale from the anti-impotence medication Cialis.
A latest locating suggests which the erectile dysfunction pill that has pepped up the sexual lifetime
of guys is proving to be productive in the event of girls suffering from a sexual disinterest.

The study underlines which the medicine functions for women
approximately it does in case of adult men otherwise extra.

May be rest in peace

Can anyone explain how spam got into this blog tribute?