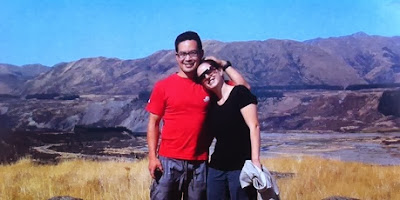 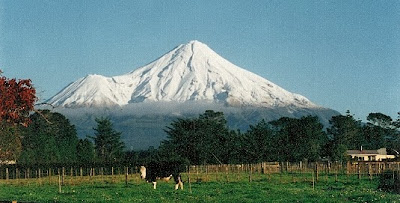 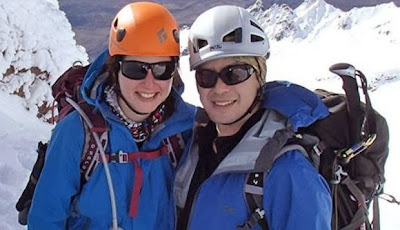 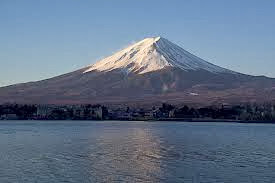 Mt. Fujiama, Japan.
Nicole's father, Keith Sutton, told the congregation grief had struck the family before when 30 years ago he and wife Anna had lost a son, Jeremy.
"Anna and I have been here before ... At that time I was young and did not know much about life and reality."
He asked his wife if he spoke at that funeral.
"She doesn't know, I don't know." The family moved on and had been "lucky enough to have Nicole".
Sutton said many had contacted him after the tragedy, but he told them not to despair.
He said his daughter and Ogawa had celebrated the beauty of New Zealand and he had told others that if they did not follow them, it would be a waste.
"Do as much as you can do."
He said it had been "a real treat" to meet the Ogawa family.
"They are very fine people and they would have been wonderful in-laws."
The family greatly admired Hiroki and the influence he had on Nicole, he said.
"She seemed to calm, so collected, so measured."
Sutton said the funeral had been the first event his 90-year-old father had been unable to attend on health grounds.
But his father wrote to the Ogawa family, making the comparison between Taranaki and Mt Fuji.
Sutton said he told his father it was a beautiful and moving letter, and his father replied: "It was the hardest thing I have ever done in my life.’’
"And this is the hardest thing I have ever done in mine," Sutton said.
He said he was deeply moved by a poem by Mary Elizabeth Frye: "Do not stand at my grave and weep, I am not there. I do not sleep."
Ogawa graduated with a PhD from Auckland University this year. Much of his research, on waves and the impact on coasts, had been based around the Hokianga Harbour.
Geremy Hema from the area said Ogawa had been an adopted son of the iwi.
He said Taranaki iwi had held a karakia for the couple and were now regarded as spiritually together, atop the maunga (peak).
"Bitter is the departure, sweeter is the memory," Hema said.
Peter Cammell, of the Alpine Club, said the couple had loved and cared for each other.
"In those moments of extremis you had great love for each other."
Professor Paul Kench, the head of Auckland University’s  environment school, said Ogawa was self-effacing and often began lectures saying, "I really have no idea what I am doing".
In reality, his academic work had "unusual significance" and his PhD would set a benchmark for years to come.
He was a "gifted and supportive educator", he said.
A friend of the couple, Joe Fagan, told the congregation Ogawa had become a legend at university and his name was known as something in geography.
"What is a Hiroki, the under-grads would ask," Fagan said.
His PhD took so long to do because he was always helping others and by the time he got his PhD he had virtually done two PhDs.
Ogawa's sister read, in Japanese, 1 Corinthians 13.
She said she had many stories of her brother, and invited people at a reception later to ask about them – "in Japanese".
Thanks to  © Fairfax NZ News and APNZ for permission to run extracts from these two articles.
Posted by Bob McKerrow - Wayfarer at 19:49