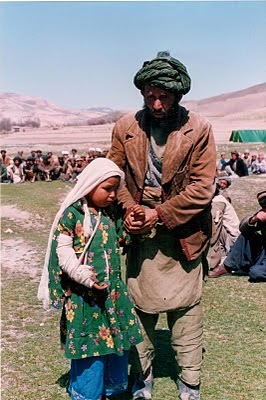 Right, Gulnesa Beg the only girl to survive a landslide in a village of 750 people in the remote Hindu Kush mountains in Afghanistan, in 1996. The  monstrous landslide  killed over 350 residents, mainly women and girls. Gulnesa is with her Father, her only relative to survive. Photo: Bob McKerrow.
Landslides are silent killers throughout the mountain ranges of Asia from the high mountain ranges of Iran through to the eastern Himalaya.
I have been involved in many landslides rescue operation from Nepal in 1975 to more recent ones in Afghanistan, Sri Lanka and Indonesia.
The recent landslide in Afghanistan has killed at least 2,700 people according to the Geneva-based International Organisation for Migration (IOM)
But what of the history of landslides and why are they increasing?
Almost 100 experts from 14 nations, representing scores of global institutions and governments, gathered at UN University in Tokyo January 18-20 in 2005  to set international priorities for mitigating human and financial landslide losses and to promote a global network of International Programmes on Landslides.

"While all regions experience landslide disasters, the harm they cause is most acute in developing countries, where the knowledge base required to identify landslide prone areas is often either non-existent or fragmentary," says Badaoui Roubhan, Chief of the UNESCO's Disaster Reduction section.

But back to the recent landslides in Afghanistan.


Afghan officials have given up hope of finding any survivors from a landslide in the remote northeast, with the number killed or missing put at between a few hundred and as many as 2,700.

The United Nations said the focus now was on helping more than 4,000 displaced people.
International organisations and Afghan officials said at least 300 mud brick homes were buried on Friday, but precise information on the number killed was hard to come by in the impoverished province bordering Tajikistan.

Reuters
HOLDING OUT HOPE: Afghan villagers gather at the site of a landslide at the Argo district in Badakhshan province.

The UN mission in Afghanistan said more than 350 people were killed, but a spokesman for the local governor put the number in excess of 2,100. The Geneva-based International Organisation for Migration (IOM) said 2,700 were dead or missing.
"The scale of this landslide is absolutely devastating, with an entire village practically wiped away," IOM Afghanistan Chief of Mission Richard Danziger said. "Hundreds of families have lost everything and are in immense need of assistance."
The United Nations said the focus was now on the more than 4,000 people displaced, either directly as a result of the landslide or as a precautionary measure from villages assessed to be at risk. The IOM said over 14,000 people were affected.
Their main needs are water, medicine, food and emergency shelter, said Ari Gaitanis, a spokesman from the United Nations Assistance Mission in Afghanistan.
Officials expressed concern the unstable hillside above the site of the disaster may cave in again, threatening the homeless as well as the UN and local rescue teams working there.
Villagers and a few dozen police, equipped with only basic digging tools, resumed their search when daylight broke but it soon became clear there was no hope of finding survivors buried in the deep mud and rubble.
"Seven members of my family were here, four or five of them were killed ... I am also half alive, what can I do?" said an elderly woman, her hair covered in a pink shawl.
Dotted with villages of mud-brick homes nestled in valleys beside bare slopes, Badakhshan province has been hit by several deadly landslides in recent years.
PLEA FOR HELP
The side of the mountain above Abi-Barak collapsed at around 11am on Friday as people were trying to recover belongings and livestock after a smaller landslip hit a few hours earlier.
Hundreds of homes were destroyed in the landslides that were triggered by torrential rain. Officials worry another section of the mountainside could collapse at any time.
The Afghan military flew rescue teams to the area on Saturday, as the remote mountain region is served by only narrow, poor roads which have themselves been damaged by more than a week of heavy rain.
"We have managed to get one excavator into the area, but digging looks hopeless," Colonel Abdul Qadeer Sayad, a deputy police chief of Badakhshan, told Reuters.
He said the sheer size of the area affected, and the depth of the mud, meant that only modern machinery could help.
NATO-led coalition troops are on standby to assist but on Saturday said the Afghan government had not asked for help.

"I call on the government to come and help our people, to take the bodies out," said a middle-aged man, standing on a hill overlooking the river of mud where his village once stood.
"We managed to take out only 10-15 people, the rest of our villagers here are trapped."
FREEZING
Hundreds of people camped out overnight in near freezing conditions, although some were given tents. Officials distributed food and water.
Seasonal rains and spring snow melt have caused devastation across large swathes of northern Afghanistan, killing more than 100 people before this latest disaster.
US President Barack Obama said American forces were on standby to help. About 30,000 US soldiers remain in Afghanistan, although that number is falling as Washington prepares to withdraw all combat troops who battled Taliban insurgents by the end of this year.
Police said they had provided a security ring around the area, which has been relatively free of insurgent attacks. The Taliban said they were also willing to provide security.


Here is my first hand account of a landslide rescue operation I was involved in, in 1996 in Badakhshan, Afghanistan, when I was working for the International Federation of Red Cross. 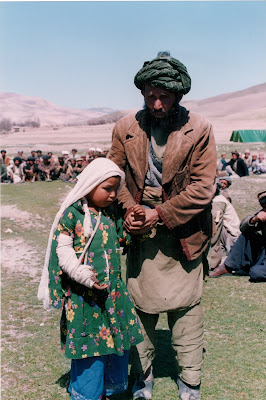 It brought to mind the worst landslide I have seen which occured in Afghanistan in 1996. Here are the notes from my diary on that tragic day. 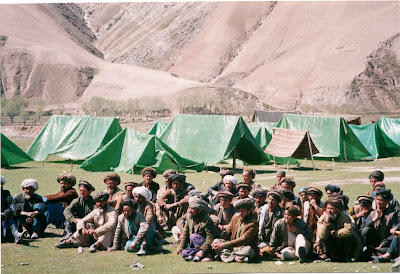 The men who survived the landslides sit outside their tents. The village covered in mud is the light flatish area to the left of centre in the photo, Photo: Bob McKerrow

The next day, after distributing relief supplies to each surviving family, Abdul Bashir mounted a borrowed horse and rode over a high mountain pass to two other villages in the next valley of Teshkan, where 7,000 people were under threat from a tottering mass of rock and mud high above their homes. 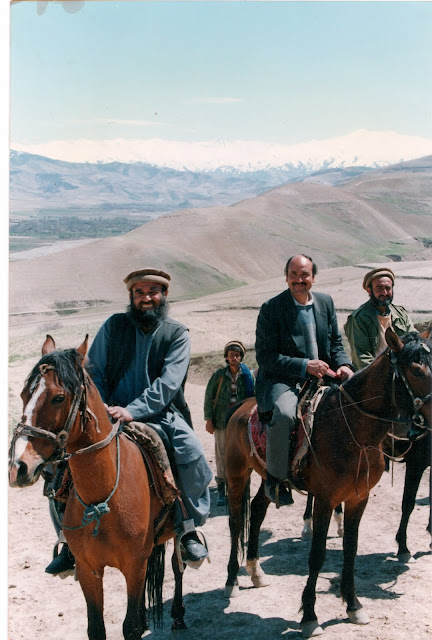 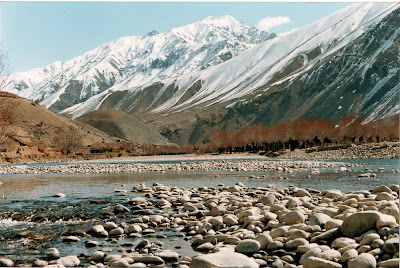