Scott Base huskies to live in Minnesota 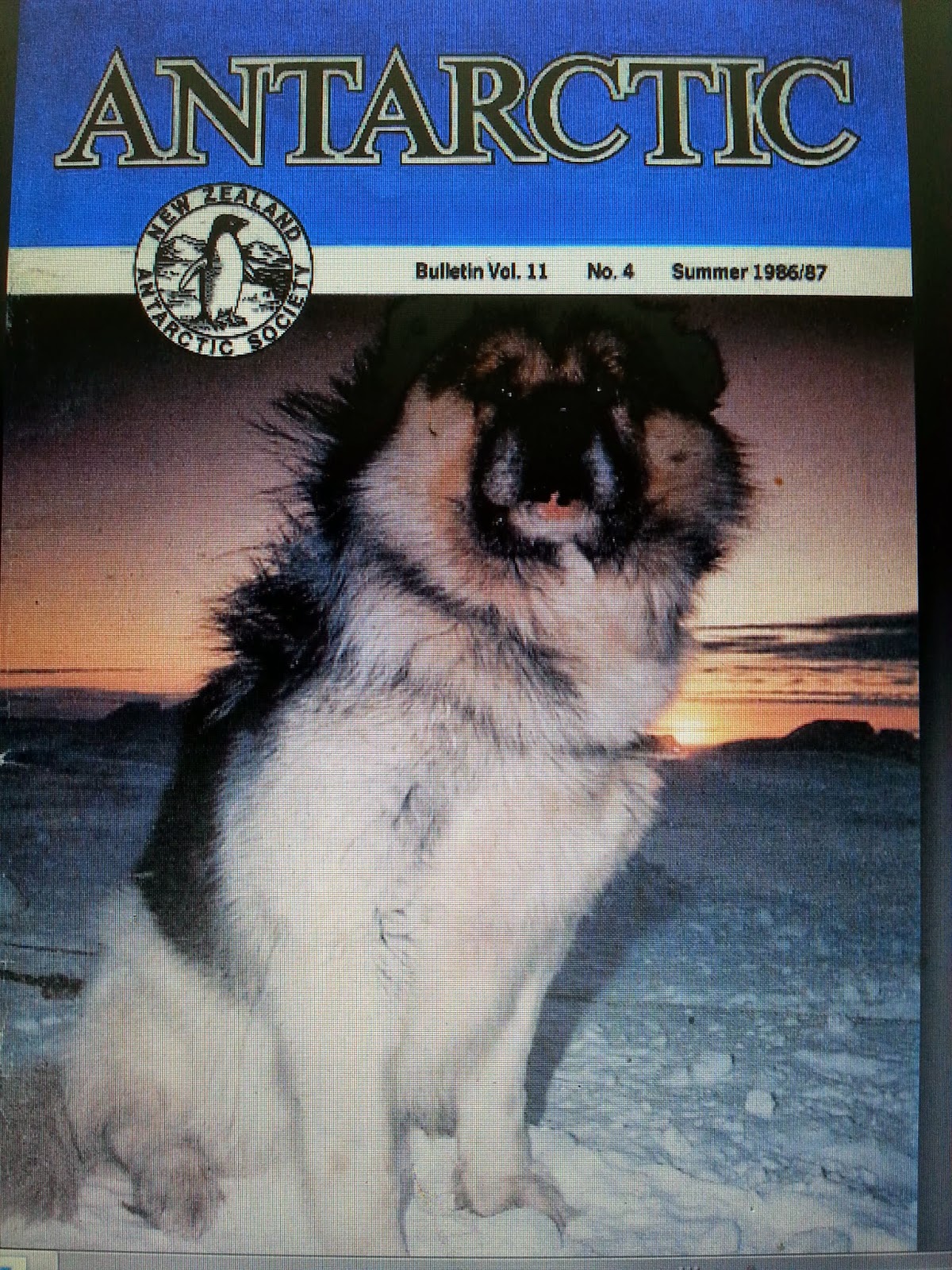 Scott Base is without huskies for the first time in 30 years. The remaining 14—11 males and three bitches — have been presented by the Department of Scientific and Industrial Research to the Steger Outdoor Centre in Ely, Minnesota.

In the 1985-86 season the DSIR decided to phase out the huskies over the next few years, the main reason being growing opposition by conservationists and United States and New Zealand biologists to the killing of Weddell seals in the McMurdo Sound area to provide part of the huskies' daily
diet. Other reasons were that the huskies had been displaced from their traditional role by motor toboggans, over the years
many had become unhealthy because of inbreeding, and with age others suffered from osteo-arthritis and gastro-enteritis. 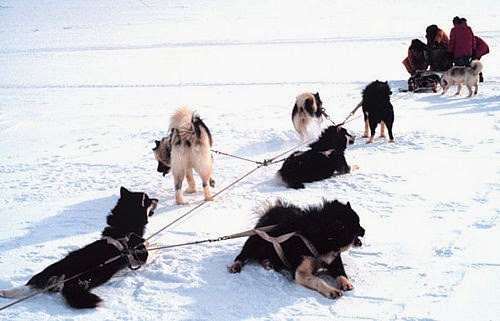 When Mr R. B. Thomson, director of the Antarctic Division, announced that the remaining huskies would be allowed to live
'our their natural lives as far as possible, there were 18 — enough for two teams — at Scott Base. Since then four have died. Their
health and condition had been checked last year by a Christchurch veterinary surgeon. One was put down because of age, one died in June after an operation in February, and two were put down because of bad health.
After months of negotiations which began last year arrangements were made for the 14 huskies to spend the rest of their lives in the winter snow of Minnesota. Mr Thomson announced in November that the huskies had been presented to the Steger Outdoor Centre which maintains big kennels at Ely and has been breeding polar huskies there for 20 years. Winter camps are organised at the centre for young people, many of them physically handicapped.

Mr Thomson says that dog teams are used by the centre as a principle mode of transport. This will mean that the New Zealand
huskies, which will provide additional stock for the centre's breeding programme, will be introduced to a new environment. At Ely, population slightly more than 5000, snow lies for a minimum of seven months a year, making the climate suitable for breeding and training huskies.
Huskies at the Ely kennels have regular veterinary checks and usually take part in one extensive expedition a year. In the northern summer of last year centre huskies were used in an expedition led by Will Steger and Paul Schurke which reached the North Pole with dog sledge teams. A New Zealander, Bob McKerrow, now director of the New Zealand Outward Bound School,
who wintered at Vanda Station in 1970, was also on the expedition. He did not reach the Pole, being injured when a sledge rolled on him before the last stage.

A trans-Antarctic expedition in 1989 is now being planned by the Steger Outdoor Centre. Some of the New Zealand huskies could take part in the crossing but would not return to Scott Base. The journey will start
from the other side of the continent and end in Australia's Antarctic territory. Of the 14 huskies at Scott Base four will be more than eight years old by the end of January, three will be more than seven, six, and five years old, respectively, and one will be more than four years old. Three huskies will be more than three years old, and the youngest trio will be two years and one month old. Early in February the 14 were brought to Lyttelton aboard the United States cargo ship Green Wave. Then they were flown from Christchurch to Minnesota.
Reference: "Antarctic"
Pages 11-12.
Autumn, 1986.
Posted by Bob McKerrow - Wayfarer at 21:10