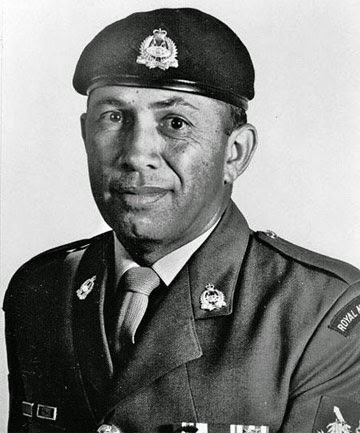 Willie Walker is matter-of-fact when he talks about the battle of Long Tan, nothing in his demeanour suggesting the peril he faced in that monsoon-drenched Vietnamese rubber plantation 48 years ago.
Yesterday, the anniversary of the battle, was Vietnam Veterans Day and it was chosen for the launch of an account of the war from the perspective of those New Zealanders who took part.
based on 150 interviews carried out by a dozen interviewers over four years.
At the launch in Parliament, Arts, Culture and Heritage Minister Christopher Finlayson referred to Long Tan and the role played by Walker and two other Kiwis - Morrie Stanley and Murray Broomhall.

The trio were the forward observation team directing artillery fire as about 100 members of Australia's D Company tried to hold off an estimated 1500 to 2500 Viet Cong and North Vietnamese soldiers.
Conditions had been terrible with torrential rain, low visibility, and thunder and lightning, Finlayson said.
"As they crouched in the red mud between rubber trees, shrapnel flew in all directions, and wave after wave of Viet Cong soldiers surged towards them."
At one point the battle had seemed lost, but thanks in part to the tenacity and skill of the New Zealanders it turned into a decisive victory for the Anzacs.
"We were right at the front. We could see them coming," Walker, a 21-year-old lance corporal at the time, and the team's radio operator, recalled.
At one point in the four-hour battle, Viet Cong soldiers had been just 10 metres away.
"They knew there were people there all right, but fortunately the artillery kept them out," Wallker, of Dunedin, said.
"Even though it was falling dangerously close, that's how we kept the Viet Cong out.
"Our one thought was to keep the shells coming, falling in the right place. We didn't have one mistake," he said.
"It was just nonstop bedlam. Tracers, machine gun fire, mortar fire, artillery fire."
At one point the company had been dangerously low on ammunition, but fortunately an air drop from Australian helicopters landed in the right place.
A relief column was on the way, but the fighters needed to hang on. "If no reinforcements came in half an hour we were going to be overrun," Walker said.

"Fortunately for us they arrived at the right time. They killed hundreds (of Viet Cong) when they came in on their ... armoured personnel carriers."
Walker was calm and straightforward as he recalled the battle.
"At the time you are just there doing your job," he said. "We managed to put into place what we trained for."
After returning to New Zealand, he had been paid at the airport and told to report back to camp in six weeks.
He was aware there was anti-war feeling in the country but it had not bothered him.
"I had six weeks' leave and a pocket full of money."
Hall, who wrote the book for the Ministry for Culture and Heritage, said many of the Vietnam veterans talked about the war with the same sort of attitude as Walker.
"That's based on the fact they were all professional soldiers. They were all there to do their job, and they were all doing it the best they could," she said.
"A lot of them would have gone back and done it again, irrespective of the politics ... and they were incredibly proud of what they did."
The veterans did not want to be seen as victims. "That would have really jarred with the pride they felt."
It was the children and grandchildren who were seen as the victims, particularly with the issues of ill-health many had experienced.
Posted by Bob McKerrow - Wayfarer at 17:57