A heart to heart with Haiyan

(How a typhoon recovery operation helped my recovery)

One year ago today, I flew Christchurch-Sydney to Manila to start my new job as country coordinator for the Swiss Red Cross, in support of the Philippine Red Cross Typhoon Haiyan (or Yolanda as it is locally known)
I retired in July 2013 from the International Federation of Red Cross and Red Crescent societies as I had reached the mandatory retiring age, so I  returned to New Zealand to settle in Christchurch with my family.Two weeks after arriving,  my local doctor discovered I had something wrong with my heart. ” It sounds like t has a river is running through it,” said Martin Fisher as he wrote out a referral to a cardiologist.
I had a major aneurysm  on the aorta valve, it had swollen to 3 times the normal size. A month later heart-surgeon David Shaw operated on me. 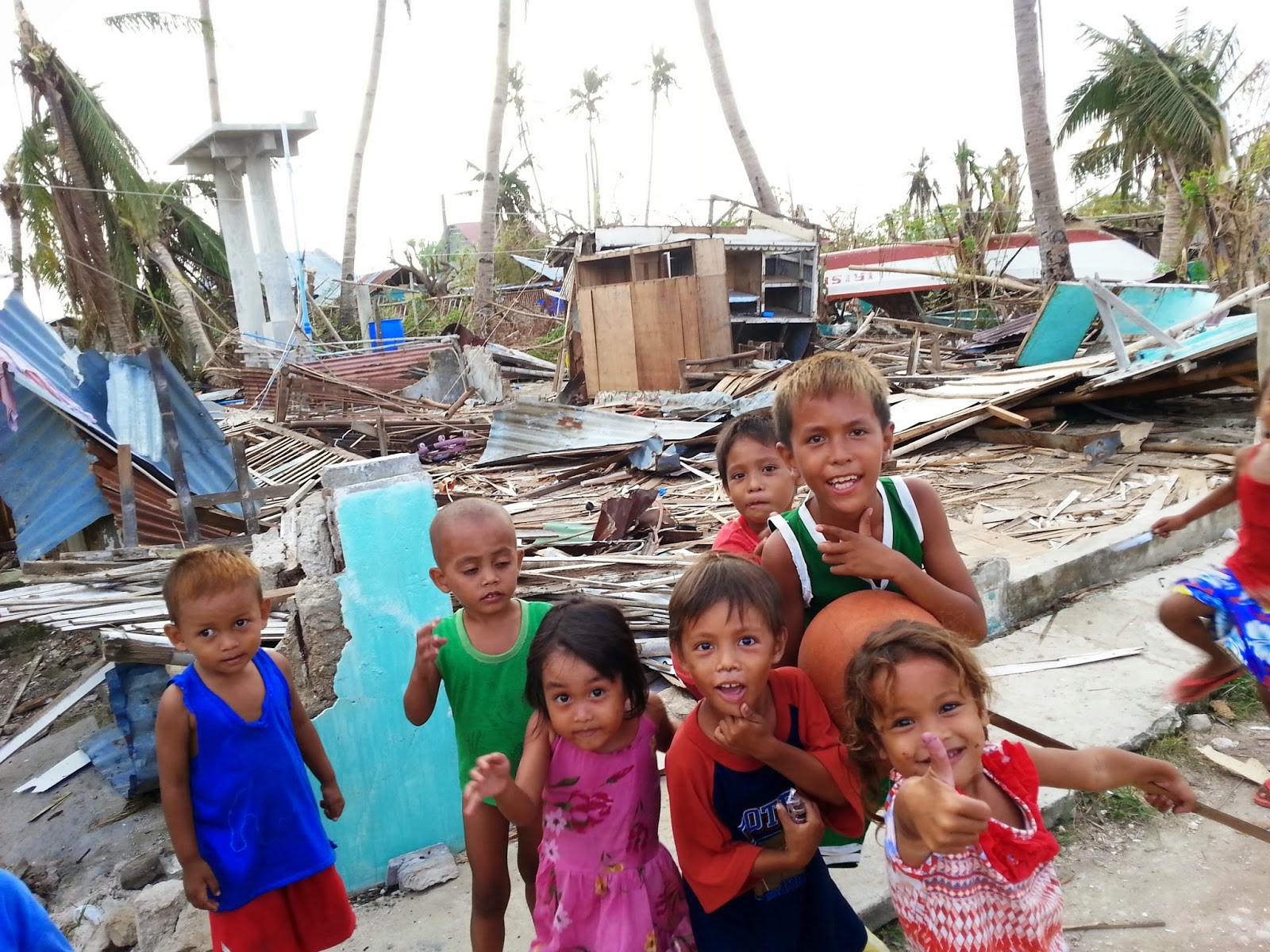 When I arrived in the Philippines, I joined the PRC/Swiss Red Cross team in Bantayan where all building were destroyed and we immediately distributed emergency shelter to 3000 typhoon affected families. Photo: Bob McKerrow

I seemed to be recovering well and I was walking a lot and following carefully the instructions of my cardiologist. For the first time in my life I suffered depression and some days I did not want to get out of bed. I kept asking myself why is this tough Kiwi guy succumbing to depression when he has everything going for him. Then I discovered I had something called post-cardiac blues, suffered by many who have heart surgery. Your heart is a very vital and intimate organ, and when it is plucked out of your chest, and kept outside for some hours while the surgery is done, it clearly doesn’t like it Apparently it takes some months to settle down to the traumatic surgery  the heart has endured, and somehow affects you psychologically.  Additionally  in my case - I had just finished a Red Cross career starting in Vietnam in January 1971 during the war between the North Vietnamese and the USA - spanning a period of  42 years. The heart didn’t like the surgery and my body didn’t enjoy stopping working.

From 5 to 7 November 2013  I saw  the weather satellite pictures  on TV showing Super Typhoon Haiyan approaching the Visayas region of the Philippines and then on 8 October,  watched aghast at the dramatic footage of the typhoon and storm surge annihilating Tacloban and surrounding coastal areas. Typhoon Haiyan just kept going on and on swatting everything in its path. I felt so helpless for in the past, I was usually one of the first up the front line helping coordinating emergency rescue and relief. This time I was a helpless spectator.
I watched the relief operation unfold in the days that followed and knowing the Philippine RC by reputation, I could see and imagine they were doing an outstanding job with their huge cadre of volunteers. 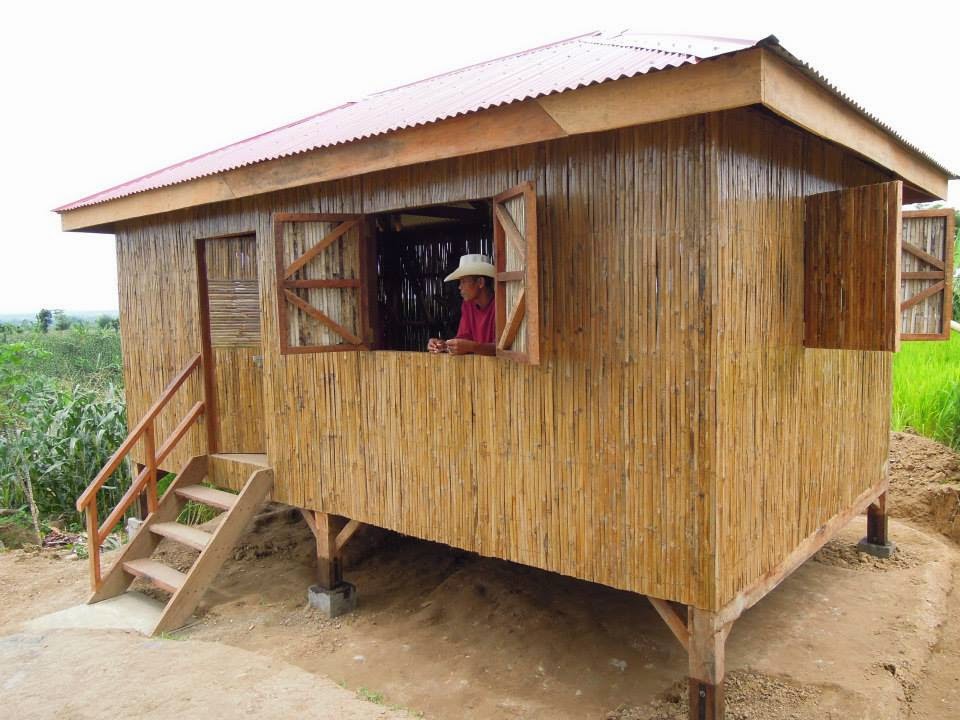 The Philippine Red Cross are building 80,000 shelters for typhoon affected families and here is a typical progressive core shelter in Capiz which is typhoon resistant, and funded by Swiss Red Cross
So when I got up at 2 a.m, on 16 November for my customary comfort stop, I glanced at my mobile phone and saw a posting on Facebook from Ann-Katherine Moore at the Swiss Red Cross saying she was urgently looking for a leader of the Swiss Red Cross Typhoon Haiyan operation in the Philippines. I left 4 days later with a very positive letter from my cardiologist saying that I have recovered very well from my heart surgery and taking on a challenging relief operation in the Philippines would be the best thing for me.
So a year later, I am in Ormoc on Leyte island which suffered the worst of the typhoon furore , looking at the Philippine Red Cross typhoon recovery program where the Swiss Red Cross is supporting a large recovery operation in Ormoc, Capiz and the Calamian island of northern Palawan.
A year later, thanks to the USD 386 million raised by the Red Cross and Red Crescent, the Red Cross has built well over 7,000 homes, distributed cash and roofing material to 13,500 households for home repairs and distributed cash to more than 29,000 households as part of the livelihood support programme.
Haiyan had a huge impact on the Visayan economy, wiping out agriculture, fisheries and the livestock people rely on for food and backyard trade.  Nearly 70 per cent of livelihood cash grants so far have been used to buy livestock, mostly pigs and chickens. 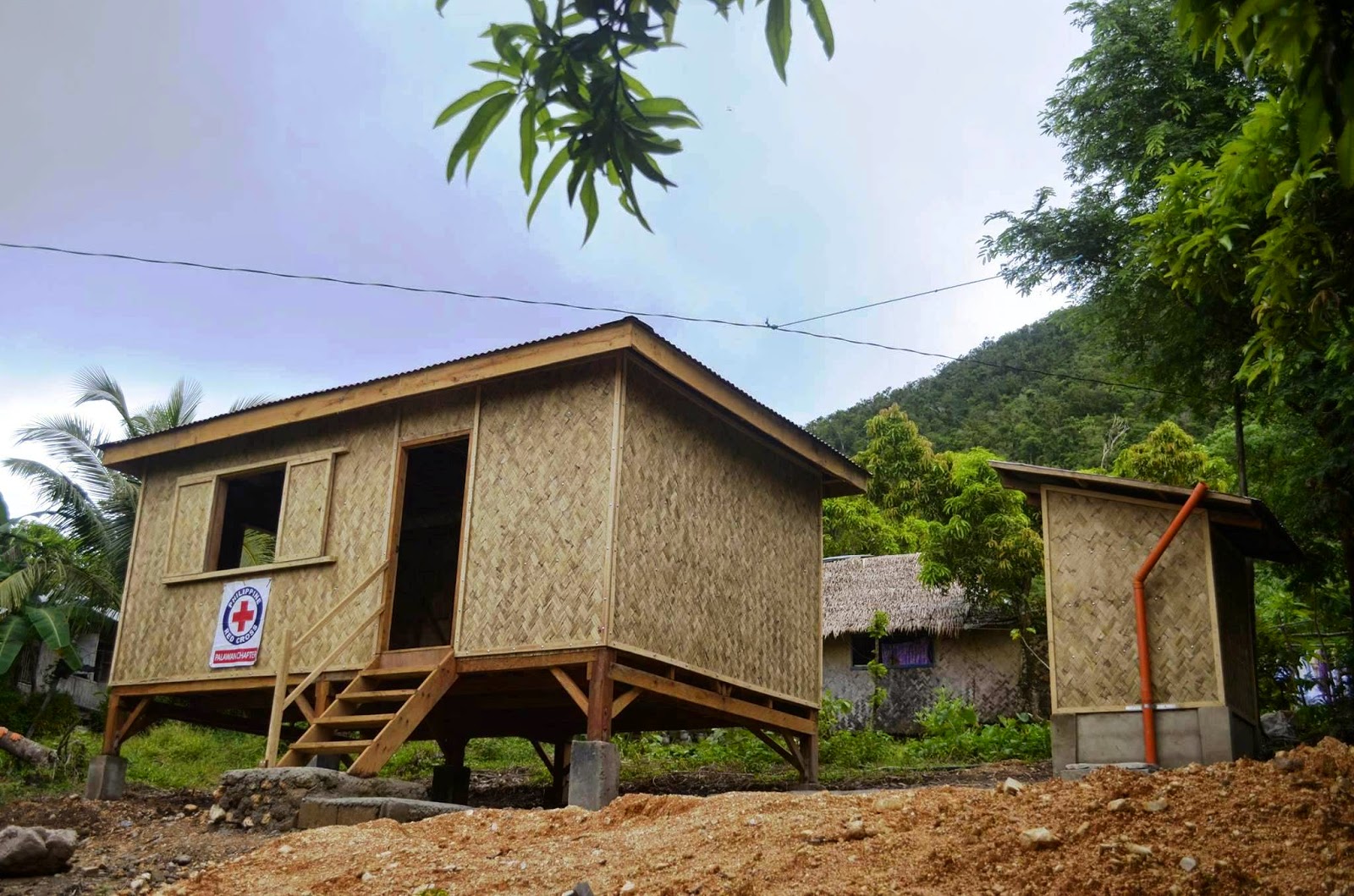 A typical core shelter and latrine built in the remote Calamian Islands of Palawan. A Philippine Red Cross programme supported by the Swiss Red Cross.
Recovery implementation hasn’t stopped there. An important part of the Haiyan operation is ensuring that householders and labourers know how to build back safer so they are better prepared for the next typhoon. As a result Red Cross has employed more than 1,800 carpenters and masons and set up training workshops for community volunteers to ensure that  simple ‘building back safer’ techniques are being taught and disseminated in the hundreds of communities where Red Cross is working.
Haiyan also extensively damaged and contaminated water systems, pipes and hand pumps. Red Cross water and sanitation teams have since repaired or constructed nearly 1,500 water systems and is continuing long-term community awareness raising  of good hygiene practices and disease prevention, with an emphasis on cleaning up breeding sites for mosquitoes. 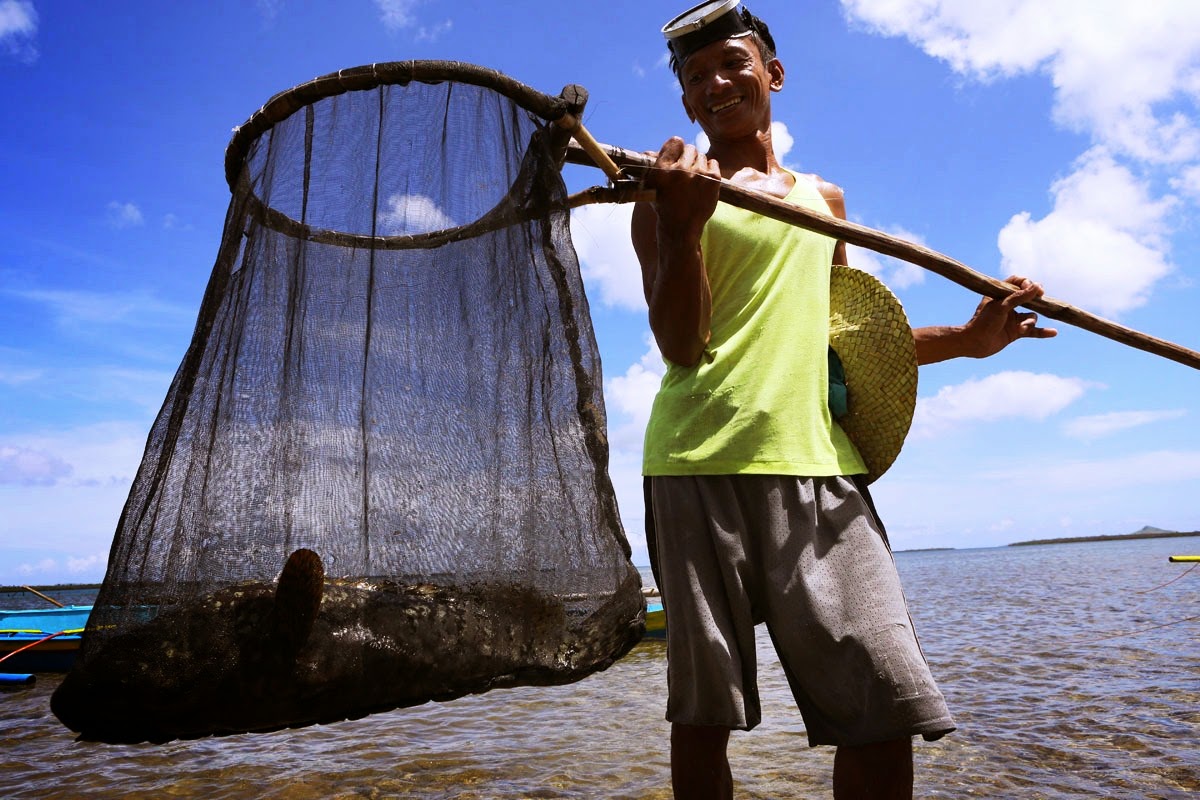 Nearly 70 per cent of livelihood cash grants so far have been used to buy livestock, mostly pigs, chickens and to help fisher folk with nets, boats and marketing.
Health and education are also important components of the recovery plan. So far 192 classrooms out of the planned 400 have been repaired and equipped, while 35 health facilities are being rebuilt and refitted.
Closer community consultation and engagement have also been a feature of the Haiyan operation.
To support monitoring and beneficiary selection, Philippine Red Cross has to date established Barangay (community) Recovery Committees in nearly 240 communities.  Members are generally chosen by their peers and must abide by Red Cross guidelines on selecting beneficiaries for shelter and livelihood support. Such committees are playing an important part in their community’s preparedness and response for disasters in a country that experiences scores of annual floods, landslides and typhoons.
One factor hampering the pace of recovery is the legacy of entrenched poverty. This was further exacerbated by Haiyan, which had a significant impact on the economies of Leyte and Samar in region VIII, the third poorest region in the Philippines with one of the highest proportion of landless labourers and tenant farmers.
Now the one year mark of Haiyan has just passed, more work is needed  to sustain the recovery effort. As my old colleague of more than 30 year, Marcel Fortier,head of the IFRC said before his departure yesterday after also serving one year in the Philippines

‘Haiyan's devastating impact was huge but one year on, the recovery effort is well underway and we are seeing communities bounce back,’ Fortier says.
‘Without doubt there are still needs on the ground and that's why the Red Cross is committed to a long-term plan which will see not only houses and livelihoods restored but communities made stronger so they are more able to withstand the next super typhoon when it hits.’

I am very glad that you have bounced back so well, although I am not so sure that such a short retirement is in your best interests.

My own father died from a burst aortic aneuryism and so you are very lucky that it was picked up in good time.

Thanks Gollum. I was lucky to get my problem detected when I did. I was probably carrying it for a number of years but didn't feel any change.

Sad to read your Father died from a similar problem. was so lucky my local GP picked it up.

I am so sorry to read about your heart problems. You are a hero to me
and I feel affected by your troubles. Great that you could help the people in the Philippines. I have worked with many and we have some friends from the Philippines They are such nice people. Keep up the great work and take care :)

Give Me Bread said...