I first saw cricket played in the streets of Jalalabad in 1994 when I was working in Afghanistan. It didn’t surprise me for I knew that  Afghanistan  played  Hockey in the 1956 Olympics which showed the strong influence of  leading sports in Pakistan and India, on their country. 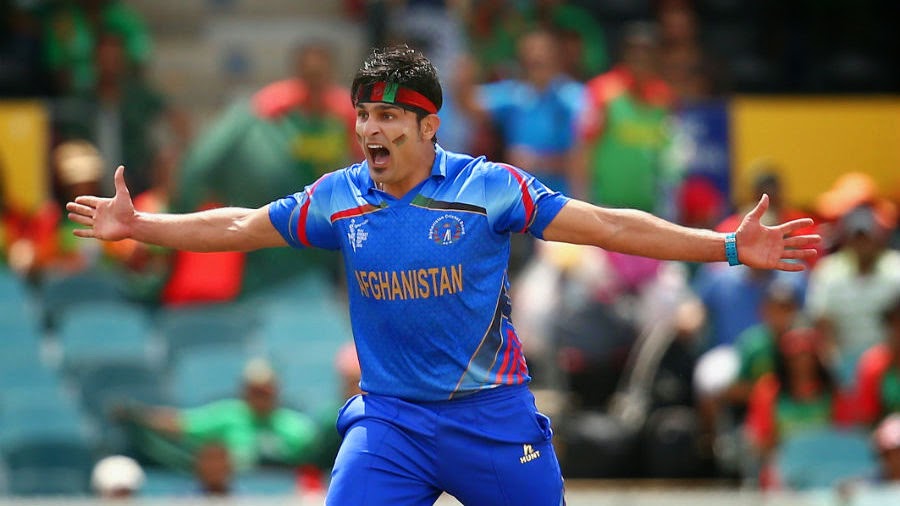 Hamid Hassan could have had a wicket in the third over of their first World Cup match, if Afghanistan had been quicker to adapt to DRS © Getty Images

While I was living in Kabul during a period of total anarchy, I read in the Peshawar newspapers that the Afghan Cricket Federation  came into being and later became an affiliate member of the ICC in 2001 and a member of the Asia Cricket Council in 2003. I was deeply moved and impressed by the article written by by Will Davies on February 17 2015, in the Wall street Journal which I copy below: 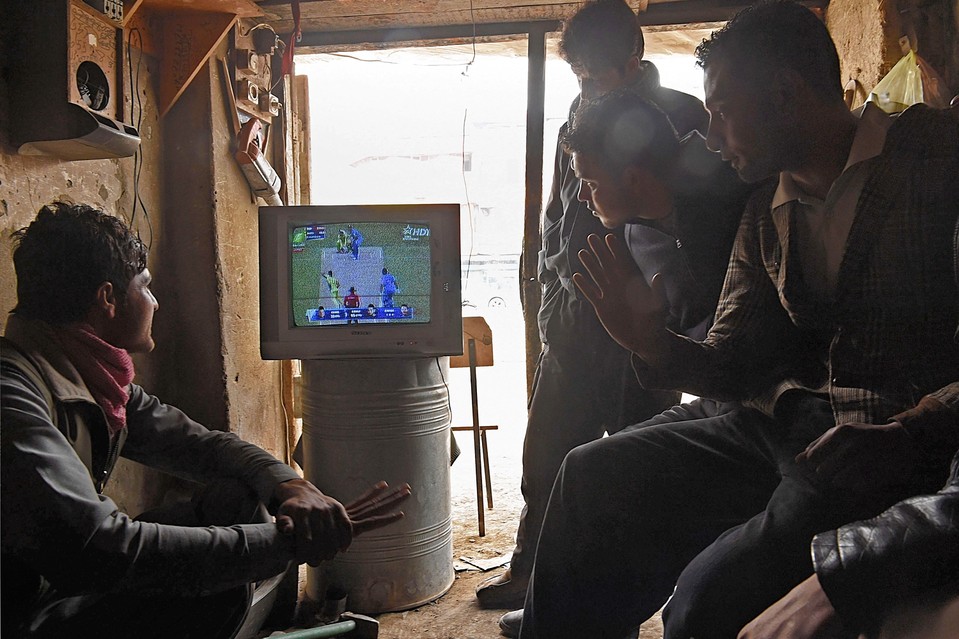 For Afghanistan, the Cricket World Cup is a big stage, one that inspires hope among a war-weary people

Wednesday is a proud day for Afghanistan as the country makes its first appearance in the Cricket World Cup.The rise of Afghan cricket is astonishing. Two decades ago, the sport was virtually unknown to Afghans. But in the midst of war, a love of cricket somehow developed. A governing body was formed. Now, 11 Afghan men will don the blue national team jersey and step out on the Manuka Oval in Canberra in front of a capacity crowd and an Afghan television audience of millions.“It is exciting, the start of the World Cup. Everyone is waiting back home, the whole nation is waiting for the match,” Afghanistan’s captain Mohammad Nabi said.Like some of his teammates, Nabi learned to play cricket in a refugee camp near Peshawar, Pakistan, where his family fled during Afghanistan’s war with the Soviet Union. He is now ranked as the world’s eighth best all-rounder, meaning he bats and bowls. He has scored more than 1,000 runs for his country.Some of those runs came in an October 2013 qualifying match against Kenya, when Nabi top-scored, helping Afghanistan book a place in this World Cup. Afghanistan has featured in international cricket tournaments before, including the World Twenty20, but the World Cup is the sport’s marquee event.Ahead of the Cricket World Cup in Australia and New Zealand, The WSJ’s Will Davies puts on some pads and tries to explain how the old English sport is played.
Afghanistan has made progress in other major sports such as soccer. The country, which is 144th in the FIFA world rankings, won the South Asian Football Championship in 2013 with a 2-0 win over India in the final in Katmandu. It also has an Olympic medalist in Rohullah Nikpai, who won bronze in taekwondo at the 2008 Games in Beijing and in London in 2012.
For Afghanistan, the Cricket World Cup is a big stage, one that inspires hope among a war-weary people. In Kabul, young men gather to play cricket on muddy grounds covered with garbage, longing for something to look up to.
“I am so proud that Afghanistan will be playing in the World Cup for the first time,” said Abdul Manan, a 15-year-old who aspires to be a professional cricketer. “I won’t miss a second of the game. Afghanistan will be playing alongside the world’s strongest cricket nations.” 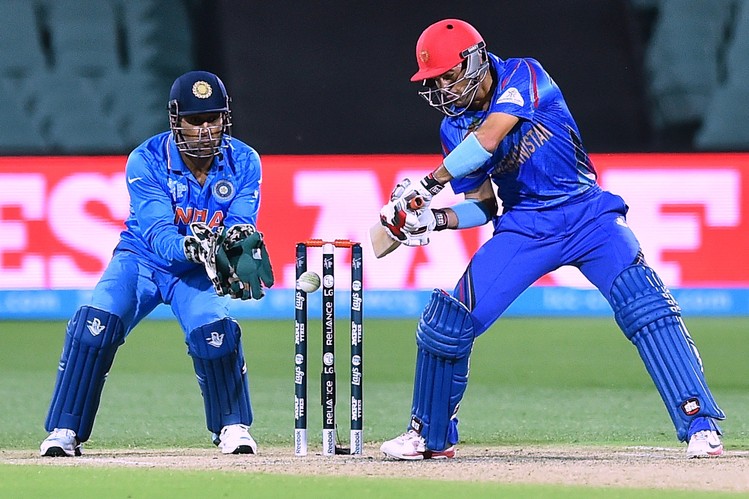 Afghanistan's Afsar Khan Zazai plays a shot in front of India's Mahendra Singh Dhoni during a World Cup warm-up cricket match. Photo: Agence France-Presse/Getty Images
Cricket has become the most popular sport in Afghanistan. Nisar, a worker at a sports shop in Kabul who goes by only one name, said sales of Afghanistan cricket team shirts have rocketed in recent weeks. He is now selling 30 to 40 a day.The Afghanistan Cricket Board even has a department dedicated to women’s cricket, though progress there is slower. “The ACB…is striving to ensure that young women and girls are able to enjoy and participate in the game. This development, however, must necessarily take place in the context of a traditional culture and history,” the board says, adding that the women’s game must display “great sensitivity, discretion and diplomacy.Afghanistan on Wednesday faces Bangladesh, a so-called full member of the International Cricket Council. That means it also plays test cricket—the five-day version of the game—placing it among the elite cricket nations. Until 2000, Bangladesh was an associate member, as Afghanistan is today.Bangladesh made its World Cup debut in 1999 and has caused upsets over giants such as Pakistan, England, India, South Africa and the West Indies. Bangladesh is ranked ninth in the one-day international cricket rankings. Afghanistan is 12th, but is capable of beating Bangladesh, as it did in the Asia Cup last March, the only previous meeting between the two.“They (Afghanistan) are a good team, it should be a really good match,” said former player Sunil Gavaskar, one of India’s greatest batsmen and a member of the team that won the 1983 World Cup. “It is great for cricket they are involved,” he told The Wall Street Journal.Other teams in Afghanistan’s group include 2011 finalist Sri Lanka, England and co-hosts New Zealand and Australia. Afghanistan plays Australia on the rapid surface of the WACA in Perth, where fast bowlers such as Mitchell Johnson will likely give Afghanistan players the test of their cricketing lives. 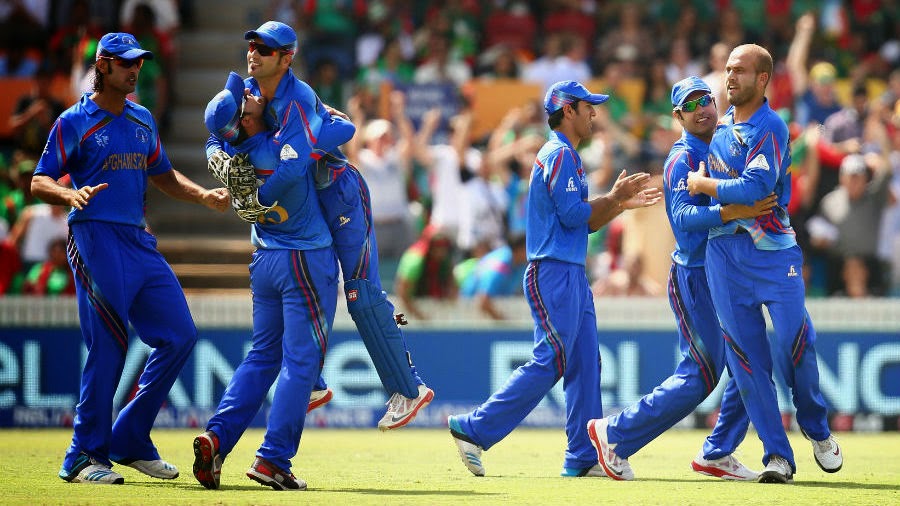 In their first game in the Cricket World Cup, the Afghan cricketers showed their passion for the game.


“The players are very excited. They feel a real genuine honor to be here and they want to do well for the public back home,” Afghanistan’s coach, Andy Moles, said Tuesday.
“Bangladesh is a full member side. We respect them, but we’re certainly not scared of them,” the Englishman added.
Canberra couldn’t be further removed from Kabul and the camp near Peshawar where Nabi learned to play cricket. The match on Wednesday is the first of three that the quiet, clean Australian capital will host during the World Cup. The Manuka Oval is a picturesque ground with grass banks for spectators, in addition to the stands.
The scene will surely please Taj Malik, Afghanistan’s former coach and the man credited for much of the nation’s rise in cricket. Malik’s role with Afghanistan is dramatized in the 2010 documentary “Out of the Ashes,” which follows the country’s attempt to qualify for the 2011 World Cup in the Subcontinent.
In an opening scene in a bus traveling through the hectic streets of Kabul, Malik turns to the camera and says: “There is a lot of problems in the world today. Everywhere there is conflict, fighting and injustices happening. The solution of all the problems is…cricket.”
—Margherita Stancati in Kabul contributed to this article.
Posted by Bob McKerrow - Wayfarer at 19:39