Who is planning to climb Everest in 2016?

Nearly one year after the devastating earthquake and avalanche, the country is all set to host the world climbers in the spring season while the authorities and stakeholders have struggled hard to revive the country’s tourism sector which was worst hit by the multiple disasters. 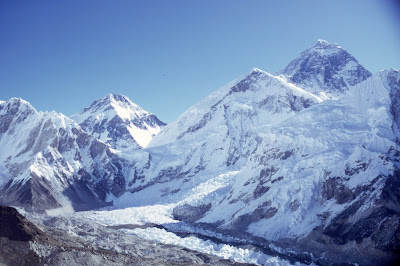 Mount Everest. The high peak is in the top right-hand corner. Photo: Bob McKerrow
“Till date, 10 expeditions comprising 71 mountaineers have applied to the Department of Tourism seeking permits to attempt to climb Mt Everest as diversified mountaineers are expected to arrive in the country in the next couple of weeks,” DoT’s official Gyanendra Kumar Shrestha told THT.
As the government decided to extend the climbing permits of all 2015 spring expeditions by two years, 33 of them are reusing their old permits on Mt Everest. “The decision will certainly attract more climbers in the next couple of weeks,” Shrestha said.
Except Mt Everest, 31 climbers from seven teams have applied for permits as they plan to climb a few other peaks, including Mt Lhotse, Mt Nuptse and Mt Dhaulagiri. DoT has already issued two permits for Mt Annapurna and Mt Saribung. 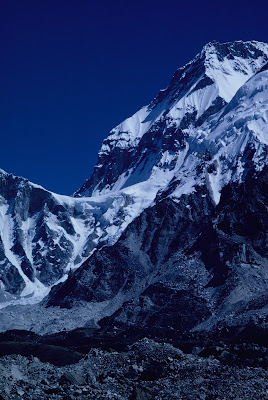 The Lho La pass and the west ridge of Everest: Photo: Bob McKerrow
A five-member team of French climbers led by Girard Bertrand Arnaud will also be filming on Mt Nuptse in Khumbu region to produce a movie called ‘L’ Acsension’, according to Icefall Adventure.
“I’ll return in March-end to once again attempt Mt Lhotse, the world’s 4th highest in support of Nepal, Alzheimer’s Advocacy and Project 8,000,” Alan Arnette, climber cum adventure blogger informed.
According to Maj Ritesh Goel, a team of Indian Army will also be in Kathmandu by the end of this month to use the renewed climbing permits on Mt Everest and Mt Lhotse.
American climber Robert Kay wrote that he would be leaving again for Kathmandu next week for his third attempt on Everest. “All the training at the gym is finished, the gear is sorted out and now I am just trying to find a little time to pack my duffel bags.”
DoT’s record shows that International Mountain Guides through Beyul Adventure will be running three Everest expeditions with 36 climbers this season.
“DoT also expects that more expeditions will seek climbing permits in the coming days,” a high-level official said, hinting that individual climbers who abandoned their attempts in 2015 following the devastating earthquake would be given a chance to use their individual permit by even changing the expedition operating agency this season.
At least 44 local trekking companies ran 103 expeditions with 801 climbers on different mountains in the last spring but April earthquake forced all to abandon climbing activities.
Meanwhile, icefall doctors who have already begun work to repair the climbing route on Mount Everest, however, feared that the route would be more dangerous than in the last two seasons, according to Ang Dorjee Sherpa, chairperson of Sagarmatha Pollution Control Committee.
“Icefall doctors have evaluated the increasing level of danger across the treacherous section of the icefall,” chair of the SPCC quoted the trained ice doctors as saying.
As in the past seasons, Global Rescue will have its operations personnel in place ready to support the climbing community, Ann Shannon, GR’s Public Relations Manager, said. 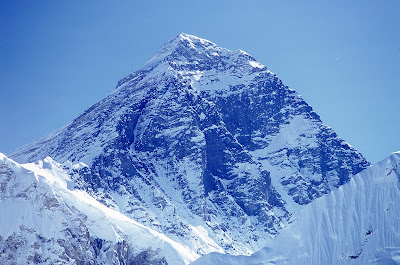 Slovaks choose difficult route
KATHMANDU: Two climbers from Slovakia have decided to attempt to climb Mt Everest from the south-west face, which was used by South Korean climber Young Seok Park seven years ago.
“After 2009, Vladimír Štrba and Zoltán Pál from Slovakia are going to make the summit attempt using the dangerous south-west route this spring,” Ganesh Thakuri of Utmost Adventure Trekking said.
Most of the climbers often use south east face, the normal route, starting from Camp 2.
“South west face is not a normal route and the risky path has also been rarely used by Everest climbers,” DoT’s official Gyanendra Kumar Shrestha said.
Thanks to The Himalayan Times for permission to run excerpts of their article.