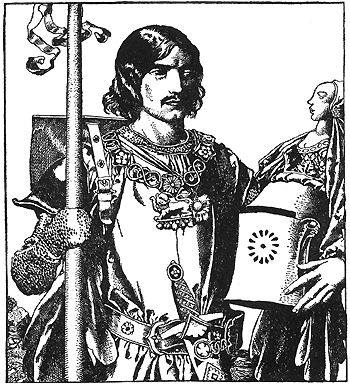 I have been back in Jakarta five days and already I have commuted across the equator to the Indonesian province of Aceh where we are steadily working towards the conclusion of a one billion US dollar Tsunami recovery and rehabilitation programme. I left home at 4 am last Thursday for the early flight to Banda Aceh and spent Thursday and Friday reviewing the work of the Red Cross tsunami programme. I also attended a lessons learned workshop. It may sound strange commuting across the equator but a lot of my work is on the other side of the equator (Jakarta is south of the equator) and I commute regularly across that imaginary line, not Lion, running round the circumference of the earth. 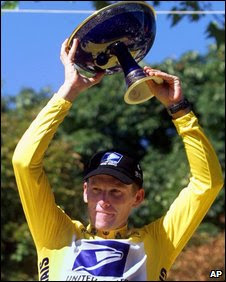 After the doom and gloom of the economic crisis and the deplorable situation in Gaza, it was good to get some good news today. First the cease-fire in Gaza and secondly, Lance Armstrong (left) rides again.

I will never forget that day when he announced he had cancer on October 8, 1996. In a statement he said
" I would like to thank everyone for coming and for calling in to hear what I have to say today. I have some news regarding my health to share with you.
On Wednesday, October 2ND, I was diagnosed with testicular cancer. Prior to seeing my doctor last week, I had been experiencing swelling and pain in one of my testicles and had coughed up some blood. On Thursday, October 3rd, I underwent surgery at St. David's Hospital here in Austin to have the malignant testicle removed and the surgery was successful. A CT-Scan was also performed the same day. The CT-Scan revealed that my condition has spread into my lungs and abdomen. In terms of degrees of the disease, my condition is considered to be advanced and, thus, yesterday I began my first day of chemotherapy treatment. 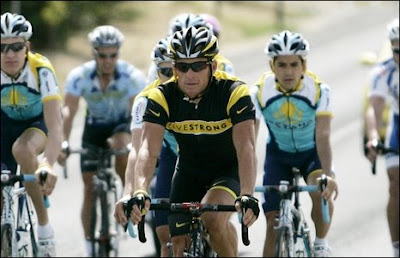 Lance Armstrong practices with his team-mates in Adelaide


Armstrong has been an inspiration to me for the brave way he fought back against cancer and inspired millions of others to do the same. His skill, athleticism and determination as an cyclist is impressive. I am delighted he is riding for Astana, the only Asian Tour de France cycling team who ride in the bold and beautiful colours oF Kazakhstan. My wife is Kazakh and I am proud of my association with this historic country. It is worth taking a minute or so to examine the flag of Kazakhstan for it will tell a story of an indomitable race of tough nomadic people. Lance Armstrong's fighting qualities rest easily with the Kazakh traditions. There is synergy here and I believe Lance has found his home with the Astana team from Kazakhstan.

The flag of Kazakhstan that Lance Armstrong will wear on his vest.

The pattern represents the art and cultural traditions of the old khanate and the Kazakh people. The light blue background stands for the various Turkic peoples that make up the present-day population of the country, including the Kazakhs, Tatars, Mongols, Uyghurs and others. Among these people blue has a religious significance, representing the sky god Gök-Tanry, "the eternal wide blue sky", and water as well.The light blue color also symbolizes cultural and ethnic unity of Kazakhstani people.

The sun represents the source of life and energy. It is also a symbol of wealth and abundance; the sun's rays are like grain which is the basis of abundance and prosperity.

People of different Kazakh tribes had the golden eagle on their flags for centuries. The eagle symbolizes the power of the state. For the modern nation of Kazakhstan the eagle is a symbol of independence, freedom and flight to future.

Today, the BBC ran an article on LanceArmstong's comeback.

Adelaide has been invaded by a lycra-clad army of cycling enthusiasts, with the capital of South Australia feeling more like 'Planet Lance'.

More than three years after retiring from professional cycling, Lance Armstrong is taking part in the Tour Down Under, his much-anticipated comeback race.

In all, there are 133 riders here from 23 countries, but the focus is solely upon the 37-year-old Texan who retired in 2005 after securing his seventh victory in the Tour de France.

His face seems to be everywhere, from the arrivals hall at the airport to the side of trams gliding through the streets.

Tourism chiefs are promoting the tour as "Your Chance to See Lance".

Adelaide has not seen anything like it since the great Donald Bradman left his native New South Wales and decided to play his cricket for South Australia, and The Australian newspaper described him as a "one-man stimulus for the South Australian economy".
Armstrong won the Tour de France seven times

Rather like a visiting head of state, he received a personal welcome to the city by the premier of South Australia, while the hometown newspaper, the Adelaide Advertiser, has printed a special souvenir picture of him every day this week.

I suppose you could say that Australia's City of Churches is displaying an almost religious-style fervour.

At the pre-race press conference, one journalist asked him if he felt like Jesus Christ.

"I've been called a lot of things in my life," deadpanned Armstrong.

Still, this could be the start of the great Armstrong revival, since he has his determined glare fixed on this year's Tour de France.

The man who survived testicular cancer 12 years ago hopes his return to racing will boost cancer awareness - that, he says, is his primary motivation.

But his competitive instincts have clearly been aroused.

I guarantee I will take every opportunity to be at the front of the race and to animate the race and be active.

Though he does not think he will end up with the winner's jersey in the Tour Down Under - that would be unrealistic, he says - in six months time he may well be a world-beater again.

At the press conference, he said he would have a better sense of his fitness in April and May.

Having trained in Hawaii, Armstrong claims his fitness through November, December and January has been better than it was when he won his last Tour De France.

And this week, on his police-escorted training rides in the Adelaide Hills, he has left his Astana team-mates in their wake.

The pre-race talk is that he will try at least to dominate the Tour Down Under.

"I have been drinking beer and sitting on my ass for three years," he scoffed at that suggestion. "How could they think that?"

Then he struck a more serious note, and his competitive streak came to the fore.

"No doubt. No bluffing and no hiding. If the race dictates that, and I feel good, I promise you I will attack. I just don't know whether I will be in a position to do that."

As for the delicate matter of his age, he jokingly threatened to throw out reporters who were audacious enough to mention that he is three years shy of 40.

He admits to a little stiffness and soreness, but that his recovery rate and power were good.
Armstrong says his fitness is as good as ever

Armstrong also has a specially-designed new bike, which has been emblazoned with two numbers: 27.5, signifying the 27.5 million people who have died of cancer since the 2005 Tour de France; and 1274 - the number of days which have passed since his last professional race.

Even if he were to come fifth in the Tour de France, he said, he would still have deemed his comeback a success if he managed to raise global awareness about cancer.

From a sporting perspective, he admitted there was a risk to his legacy. "I'm willing to take that risk," he said. "From a human perspective and from a cause perspective, I think it's well worth the sporting risk."

The Town Down Under starts on Tuesday, with its six stages taking in the bush, the outback and South Australia's Barossa Valley wine region.

But Armstrong returns to competitive action on Sunday evening in a race called the 50km criterium around a circuit in Adelaide's Rymill Park, where 100,000 spectators are expected.

Fittingly enough, for a man so dedicated to his cause, it is called the Cancer Council Classic.
Posted by Bob McKerrow - Wayfarer at 02:44

Kia ora Bob,
There has been a lot of negative stuff said and written about the guy but I have nothing but admiration for his courage and sporting achievements.
A friend of mine who lives in Texas knows Lance. My friend is a fairly accomplished rider himself, and being a fireman has represented Texas at several Firemen Olympics. He told me of doing some 50 mile training rides with Lance, where part way through he, my friend, was working pretty hard, but managing to keep pace with the great one. Then about 10 miles out, and seemingly with no more effort on his part just pulled into the distance so far and fast that my friend said he was tempted to get off his bike as he thought he had stopped! He realized the league Armstrong was in then. He has nothing but good things to say about him as a person. Have a great day Bob.
Cheers,
Robb

Good stuff! Fingers crossed for Lance and hope he can bring the magic back to the tour. And interesting info re the Kazakh flag.

Thanks, and Kia Kaha with your travel and work

The tall poppy syndrome is alive and well when Sir Lance-lot is about. Jealousy, pettiness abounds in this world.

Lance is head and shoulders above any other cyclist of the past 20 years and will show more results come Le Tour.

How did the wedding go ? Is life different now :

Ah good on him Mind over matter This strong spirit and great character will make a come back. He earns it although I always go for the Dutch as well. It is ages ago though that we were clustered to the tv when Joop Zoetemelk was the hero in the Tour the France.

Great to hear from you again. Yes, the Dutch have produced some great cyclists over the years. I love the Tour de France and believe Lance Armstrong has the guts to win it again with that beautiful Kazakh flag on his chest.

I am really pleased to read this webpage posts
which includes lots of useful data, thanks for providing these information.

Helpful info. Fortunate me I found your website unintentionally, and I am stunned why this coincidence
did not came about earlier! I bookmarked it.


Have a look at my homepage - http://pornharvest.com/index.php?q=nubiles+bunny&f=a&p=s

Hey I know this is off topic but I was wondering if you knew of any widgets I could add to my blog that automatically tweet my newest twitter
updates. I've been looking for a plug-in like this for quite some time and was hoping maybe you would have some experience with something like this. Please let me know if you run into anything. I truly enjoy reading your blog and I look forward to your new updates.

It's impressive that you are getting thoughts from this article as well as from our dialogue made at this place.

You could definitely see your enthusiasm in the
work you write. The arena hopes for even more passionate writers such as you who are not afraid to say how they believe.
Always go after your heart.