Hong Kong Rugby 7s. Elvis was sighted and is not only King, but alive !

Elvis appeared out of nowhere and did an impersonation of Freddie Mercury. An 11minutes medley of rock 'n' roll, including the Queen anthem We Will Rock You, saw Macau-based Australian performer Thomos Griffiths dressed as The King for the day. It brought a packed Hong Kong Stadium, that included Ablai (my nine year old boy) and I, to its feet before the Hong Kong sevens Rugby finals.
Fiji played magnificently to beat South Africa. It was a rollicking fun-packed weekend. I couldn't believe that over 40,000 rugby fans from every corner of the globe, could gather together for the spectacle of rugby, without any violence, drunkenness, or negative behaviour. It was clean and wild fun for most. Here are a few photos and I will fill you in more on details when I find time. 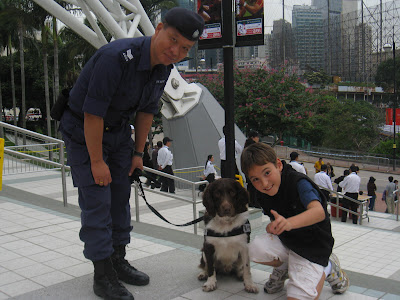 Ablai with Bahadhur, a former Gurkha soldier from Nepal, and his explosive-sniffing dog. Security was tough, but unobtrusive. 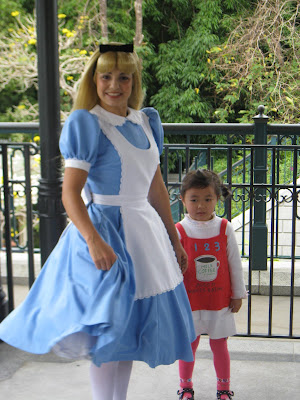 At Disneyland we met Alice-in-Wonderland 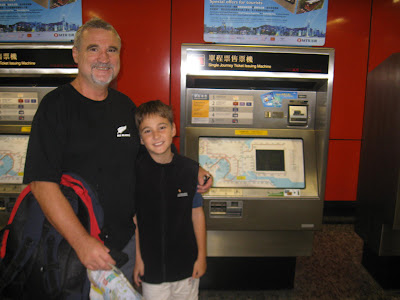 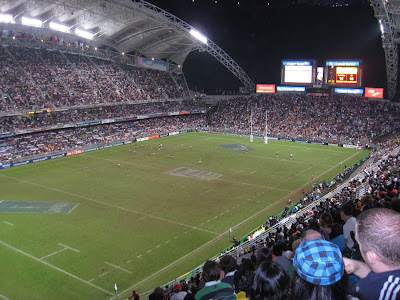 The ground just before the final. 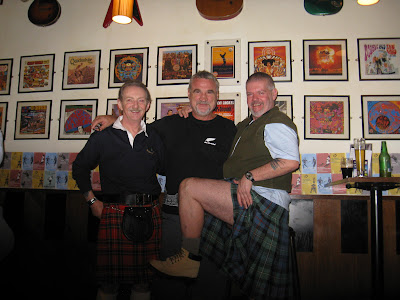 All good clean fun. A Scotsman showing me what he had under his kilt. I looked and said, " It is gruesome." He replied, "have a look now, it has gruesome more." 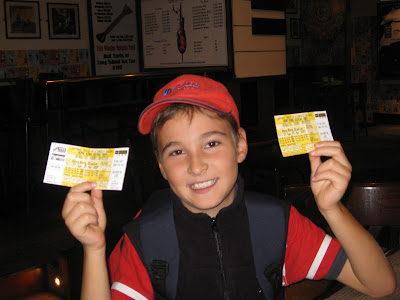 After being ripped off by an on-line ticket agency, we brought tickets off the street at a reasonable rate. Ablai proudly hold the tickets. 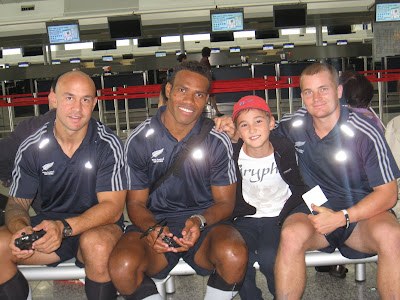 Ablai with three New Zealand fans at the airport. 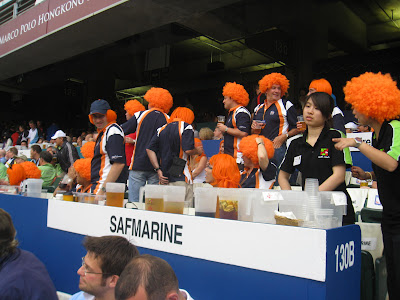 Everyone was dressed up for the final. 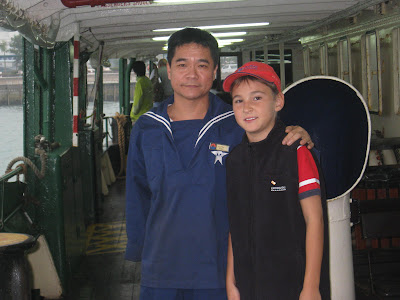 Ablai with a sailor on the ferry from Kowloon to Hong Kong Island. 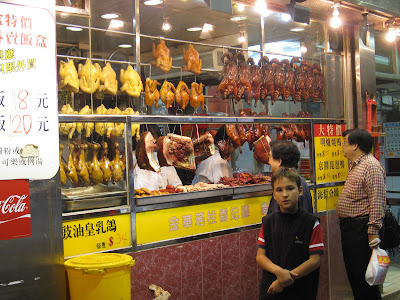 Anyone for chicken ? Hunting for the evening meal in Kowloon.
Posted by Bob McKerrow - Wayfarer at 16:51

Kia ora Bob,
Bummer about the fake tickets but it certainly looks as if you managed to shrug it off. Quite an event all right and no doubt an event Ablai will remember. Will you come back to NZ for the World Cup in 2011?
Cheers,
Robb

Is the Pope Catholic? Of course I will be back for the World cup and with me new knees, who knows, they may invite me to play.

Yes Ablai will remember this trip for years to come.

Hey there Everyone, I am not brand new on the site but I figured right now was as great as time as any to say hi, so.. well greetings :)

If anyone wants to see, this is [url=http://provenpenisenlargement.blogspot.com/]Community blog

Generally speaking, there are several main techniques made use of by
data mining software: clustering, distinction, regression and association approaches.
Approach human resource professionals and
companies and ask what skills and qualities they look for
in staff and be able to tick all the boxes before applying.
Data mining is mostly a
relatively new term that represents the process by that predictive patterns are made from information.

I always emailed this webpage post page to all my friends, because if like to
read it after that my links will too.

Good day! This is kind of off topic but I need some guidance from an established blog.
Is it very difficult to set up your own blog? I'm not very techincal but I can figure things out pretty fast. I'm thinking about making my own but I'm not sure where to start. Do you have any ideas or suggestions? Many thanks

Here is my web page http://compassspace.com/blog/view/19319/i-knew-you-were-trouble-taylor-swift-kim-viera-cover

Does your blog have a contact page? I'm having a tough time locating it but, I'd like to
send you an e-mail. I've got some ideas for your blog you might be interested in hearing. Either way, great site and I look forward to seeing it expand over time.

Thanks designed for sharing such a nice idea, paragraph is good, thats why i have read it fully

My page; I Knew You Were Trouble (Kim Viera Cover)

First of all I would like to say wonderful blog! I had a quick question in
which I'd like to ask if you do not mind. I was interested to know how you center yourself and clear your head before writing. I have had difficulty clearing my thoughts in getting my thoughts out there. I truly do enjoy writing but it just seems like the first 10 to 15 minutes tend to be wasted simply just trying to figure out how to begin. Any ideas or tips? Thank you!

Hi to all, how is all, I think every one is getting more from this web page, and your views are pleasant in support of new people.

Hi there! You some type of professional?
Great message. Are you able to tell me how one can subscribe your blog?


Here is my site; trying to conceive tips

Can I simply just say what a relief to find an individual who actually knows what they're talking about on the net. You definitely know how to bring an issue to light and make it important. A lot more people must read this and understand this side of the story. It's surprising you are not more popular because you certainly possess the gift.

Greetings! I know this is kind of off topic but
I was wondering if you knew where I could locate a captcha plugin for my comment form?
I'm using the same blog platform as yours and I'm having
trouble finding one? Thanks a lot!

Check out my web blog :: having trouble getting pregnant