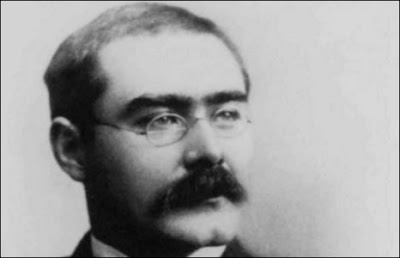 I leave for New Zealand tomorrow. I was so relaxed and looking forward to the visit until I came across an article on the BBC website about Rudyard Kipling, saying that plans for a museum in Rudyard Kipling's Mumbai home commemorating the writer have been shelved following concerns that a memorial to the renowned imperialist and chronicler of the British Raj would be politically unpalatable. But is it time for Indians to reappraise him? It certainly is!

I love India and have enjoyed immensely the one and a half decades I have lived there, but I get infuriated when Indian's keep dishing out this Imperialist crap.

Like Ranjit Singh, who butchered millions of innocent people in the name of something, or those who engineered partition and millions were killed yet again, is it not time to accept they were a product of their time and should be accepted as a part of history ? Apart from Tagore, I would like someone to name an Indian historian, poet and writer better than Kipling.


Nearly 75 years after his death, the poet and author Rudyard Kipling remains as celebrated and controversial as ever.
The man who created the popular image - or myth - of the British Raj, has gone through somewhat of a renaissance in modern Britain.
His poem If - for so long virtually ignored by poetry experts and anthologies alike - topped a BBC poll as the greatest poem of all in 1995.
And in 2002, when his works came out of copyright, a flurry of cheap editions of Kipling's poetry and novels proved a popular attraction.
But, for Indians, the man praised by George Orwell as "a good bad poet" remains a divisive figure. 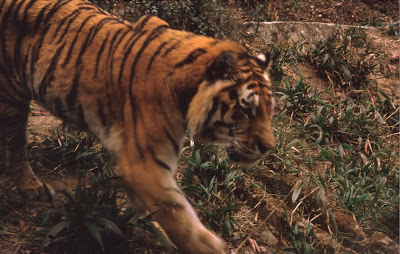 And now, plans to turn the house in Mumbai where he was born in 1865 into a museum have been abandoned in the face of a huge political row. Kipling's birthplace is instead set to showcase paintings by local artists.
Mukund Gorashkar, who is leading the renovation project for the JSW Foundation, says "if we tried to convert it into a Kipling museum simply because Kipling was born there, that would ruffle quite a few feathers.
"In the political storm, you may find that the conservation effort would be set aside."

Kipling's works were celebrated by the Royal Mail in 2002
Kipling was born in the Dean's bungalow which nestles in the grounds of the JJ School of Art, one of the many jewels of what was then Victorian Bombay.
And his childhood experiences in the city inspired one of Kipling's best-known and loved characters, the boy spy Kim.
Mr Gorashkar said that municipal government officials with whom he had spoken had strongly discouraged him from referring to the building as "Kipling's House", insisting that it should be called by its original name, "Dean's House".
Some of Kipling's work, including lines like "And a woman is only a woman; but a good cigar is a Smoke'', jar with critics today. But the debate surrounding their actual meaning remains active and vigorous.
For instance, one of his most famous poems, which begins: "Take up the White Man's Burden/ Send forth the best ye breed" does not refer to British Imperialism at all but celebrates the US occupation of Cuba and the Philippines after the 1898 Spanish-American War.
'Wellspring'
It may well be that, as the columnist Geoffrey Wheatcroft once put it: "to his detractors, Kipling's real sin isn't that he is politically incorrect so much as that he is so readable".
Even so, it is hard to put any sort of revisionist spin on aphorisms like "a man should, whatever happens, keep to his own caste, race, and breed."
Andrew Lycett, Kipling's biographer and whose latest work, Kipling Abroad, has just hit the bookshops, believes that India has a love-hate relationship with the writer.
"It was the wellspring of his imagination. But I can well understand why Indians look askance at him in this day and age. He was an imperialist. He was not a supporter of Indian nationalism. 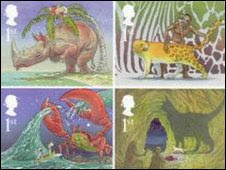 Kipling's works were celebrated by the Royal Mail in 2002

"On the other hand, he was the first great Indian writer writer in the English language. He was of English stock.
"The British are still trying to make up their mind about Kipling."

Aravind Adiga: 'Deep ambivalence to Kipling's work in India'
The Indian-born novelist Aravind Adiga, whose debut work The White Tiger garnered a Man Booker prize, is a long-time Kipling devotee. Indeed, he researched him while studying at Oxford.
He believes that "it's odd how little of his work is known in India.
"There has been such an explosion of Indian writing in English that Kipling is not read very much any more," he says, adding that Indian readers today prefer writers like Jeffrey Archer.
"People who study Indian literature at universities whether in India or abroad are very political," he added. "But the people who actually buy books and read them in India don't really care.
"There has always been a deep ambivalence to Kipling because of his dislike of Indians who read and speak in English. His deep antipathy towards people in Calcutta who are university-educated means that he's in trouble because it's those people who now read in English in India."
But Mr Adiga said that Kipling had a "deep love" of India's forests and that his jungle tales presented a picture of "a part of India that is now quickly vanishing".
As Orwell pointed out in an oft-quoted essay, Kipling was not just a writer but someone who added phrases to the English language.
But could it be that, for the man who wrote "what do they know of England who only England know?"; "the female of the species is more deadly than the male" and "you'll be a man, my son", a more lasting theme may be "East is East, and West is West, and never the twain shall meet"?

Thanks to the BBC for permission to run parts of their article.

A fascinating read. Thanks for sharing this fascinating history about which I know so little. Great Tiger picture too. I saw one once in Chch's Orana Park and it fascinated me.

Cheers Donald.
Kipling was a magnificent oberver and recorder of everything around him, and he wrote so well. He does not deserve to be treated so badly by the country he loved and honoured.

Like you I am an admirer of Kipling. But I cannot blame the Indians for their attitude. Kipling fell out of favour even in his adopted and mother country, England, after the First World War. They were weary of the attitudes he celebrated.

Today we in England can look on him as a great writer and as it were a social archivist (not an historian) of his age, without getting stuck in judgment for or against.

It's very understandable that in India they are not ready for that.