" Well I have spent the last twenty months living in fishing villages, eating fish, travelling and sleeping in fishing boats," I said, after returning to Madras after another long field trip to inspect cyclone shelters under construction in late 1981. If I had been totally honest I should have added, " I also learned to drink like a fish" as I shared many rum and palm toddies with fishermen at night. 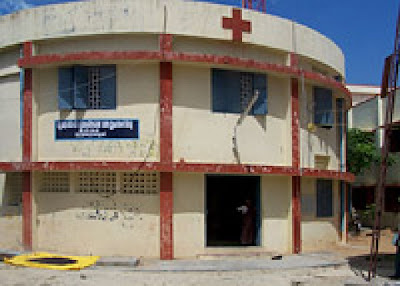 I spent two years travelling up and down this coastline throughout the years 1980 and 1981 while I was working for the International Red Cross supervising the construction of 230 cyclone shelters in Tamil Nadu and Andhra Pradesh.

A week earlier, another lesser cyclone, crossed the coastline on Tamil Nadu, just south of Nagapattinam, killing over 500 people. 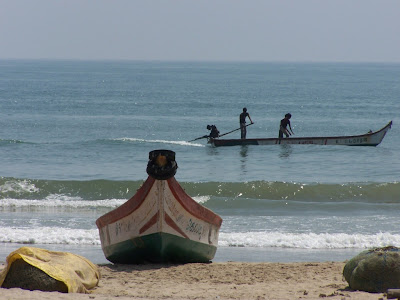 All along the coast of southern India you see the CATAMARAN (a Tamil word, from catta, to tie, and maram wood) It originally meant a boat of logs of different lengths, lashed together to make a raft.


It is only human nature at certain times of your life, to look back and ask the question, “ Did the work I do 30 years ago really help those really poor people of Southern India ? "  I searched recently to find reports on the work I did a long time ago and found this comment in a Government of Andhra Pradesh report which says "The first set of shelters were built immediately after the Divi Seema cyclone in Krishna District in 1977, by the Red Cross with additions taking place every year or two under the various schemes formulated by the Government of Andhra Pradesh. The shelters have withstood the onslaught of the cyclones in 1979, 1984, 1987, 1990 and.1996 and saved thousands of lives as well as providing space for schools, kindergartens, clinics, livelihood centres, community centres and other activities."

Next  I contacted Howard Arfin, head of the Canadian Red Cross in India who is running programmes out of those cyclone shelters, built 30 odd years ago. Howard gave me a lot of information which I will weave into the story. He provided most of the photographs too.

On December 26, 2004, one of the deadliest natural disasters in modern history, the Indian Ocean earthquake, struck off the western coast of Sumatra (Indonesia). The earthquake and subsequent tsunami reportedly killed over 220,000 people around the brim of the Indian Ocean. The tsunami devastated the Coromandel Coast of Southern India, killing about 30,000 people, and sweeping away many coastal communities.

I was working and living in India when the 2004 Indian Ocean Tsunami struck, and received first hand reports that thousands of lives were saved as many villages sought refuge in these cyclone shelters, especially in Nagapattinam and up and down the Tamil Nadu Coastline.

Dear Bob, many thanks for sharing. This story moved me immensely. Such a imortant link to history, and I am sure your beloved South Asia is jumping with joy, as their "Lord" will be back.

Dear Maude, Thanks for your feedback. Ah, yes, it will be good to return to South asia, although will miss Indonesia. Bob

Kia ora Bob,
It has been great to come read here as I convalesce and finally able to sit with a laptop. The cyber world helps pass the time, as do the many good books I have piled up.
You have carved a lengthy and hard road Bob, glad you get to stand on a high point now and then and reflect. This is real history, the real nuts and bolts stuff so few of us ever hear about. Another good aspect of this medium. Looking forward to following you in your new home.
Cheers,
Robb

I am not aware you are recovering ! What has happened ? I wish you all the best for a full recovery.

Yes Robb, it has been a long hard road, but man, so many experiences along the way. I wouldn'trade them for anything. Bob

This is a very strong bit of writing. It's one thing to read of what is happening in the shorter time span, but that's is quite wonderful legacy you've been involved in, and it's also a jolting reminder of the hard road so many have to endure for so long. The ice cream story must be all too common too - you've told it beautifully and it moves me.

Keep up the good work!

The ice cream story is one I have seen so many times in different places, but that one sticks in my mind.

Thanks for your feedback. I enjoy your blog very much. Bob

王俊貴 Thanks for your comments. I am pleased you enjoy reading the blog. Bob

Kia ora Bob,
Had the replacement done two weeks ago today so home convelescing and learning to walk again. Think back often of being with you when you had your knees done and drawing inspiration. I dream of the mountains. Kia kaha.
Robb

Great to read you had your hip replacement done. Onwards and upwards now to those lofty summits. All the best for a full recovery. Kia Kaha. Bob

Hi Bob, an interesting journey back in time. I didn't make it to India quite in your time but remember visiting the TN shelters in 1983 (?) together with Shirley R and Ajit B. Have sadly lost touch with your yin/yang former colleague Gunnar but am sure he would love to read this account if he could. Good to know the TN shelters are still being put to good use - I wonder about the Andhra ones, has anyone been to any of them in the last years...?
And as you imply, at the end of the day it's only those with little imagination that need impact indicators...
All the best, Alistair

Thanks Alistair for you comprehensive comments. So you went there in 1983 with Aubtir Shirley and Ajit Bhowmick !

With regrads to the Andhra shelters, they have been maintained well according to Govt. reports and many more were built.

Yes, I lost contact with Gunnar too, a shame.

I loved your comments about impact indicators.

The shelter programme is a fine example of sound planning, going in 50/50 with Governments so they fund long term maintenance, and, strong monitoring processes which ensured construction was of the highest possible standard.

and that is why I am a fan of you. You are an angel who touches many lives and I believe many will pass it forwards

Marja, we all entertain people, or look after people, but do we know we are entertaining Angels ?

your travelogue is as fresh as it was when you had written, it expresses the True Indian Rural scenario. in particular the Father Daughter love story waas great. I have recommended the same to my daughter.

Thx to let us see India from your Eyes. Rajkishan

That moment on a railway station for me left such an impression on my mind. Thank you for your comment.

The mention about "Nagapattinam Cyclone" did evoke memories on me as a 12 year old boy, I experienced my first cyclone. Though I lived little far away from Nagapattinam in a safe house, it was fearsome at that tender age to see hushing winds throwing coconut trees. The cyclone followed by heavy rains and floods devastated Thanjavur & Tiruchirappalli District in Tamil Nadu is still in my memory.

Many a times, I wondered when crossing over the coastal roads, on whose idea is that, to construct Cyclone Shelters. I have seen many of these cyclone shelters on the Tamil Nadu Coastal belts.

I have personally witnessed its usage and how it helped many in 1993 & 2000 year cyclones.

Commendable job and I Pray Omnipotent to bless you and your family with all good health and prosperity.

Incidentally, I browsed to narrate the 1977 cyclone to my children, I saw this blog.

Excellent post. I was checking constantly this blog and I'm impressed! Very helpful info specially the last part :) I care for such info much. I was looking for this particular information for a very long time. Thank you and good luck.

Beautiful piece Bob. You never cease to amaze me. The ice cream story made me cry!