One of the last things Ron Searle's mother asked him to do before she died was to make sure her father's legendary adventures were made into a book.
Back in 1889 George Park and his brothers were the first to canoe solo across Cook Strait and they were also the first to take canoes from the west to east coast.
At 91 years of age, Ron left his run quite late but this week (October 2012) in Hokitika he fulfilled his dying mother's wish. He published a book on the Park brothers and  TV New Zealand did a small documentary. Here is the link. 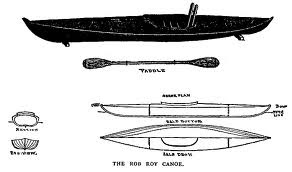 Interest has been expressed in the Park brothers since Graham Egarr mentioned them in an article in 'Sea Spray'. The following is an extract from 'The Press' (Christchurch newspaper), Saturday' August 26, 1978. It was written by Ken Coates from details collected by Mr Peter Lucas, of Harihari. Other exploits of the Park brothers are briefly mentioned in M.E. Fyfe's book 'A History of the Sport of Canoeing in N.Z.' The Hurunui is considered a Grade 3 river, and further details of it are available in the Canterbury Canoeist's River Guide.

These articles inspired me to to repeat some of their journeys for in 1989, I did a double crossing of Cook Strait and a 10 hour crossing from Raumati Beach to Cape Jackson on the South Island Coast. I also repeated a number of George's coastal trips on the West Coast when I lived in Hokitika and Franz Josef, and when living at Anakiwa, retraced many of his trips in the Malborough sounds. So the Park brothers I men a respect immensely.

Here is the article published by The Press' (Christchurch newspaper), Saturday' August 26, 1978. 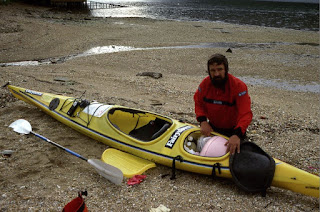 Preparing for a solo crossing of the Cook Strait in 1987. I had to abandon this trip due to weather but later did 3 crossings. Photo: Bob McKerrow

"George Park was mad keen on canoeing in the latter part of the last century. Among his exploits were a crossing of Cook Strait, an exploration down the coastline and rivers of the West Coast, a trip down the Manawatu River, and a paddle among the Marlborough Sounds. 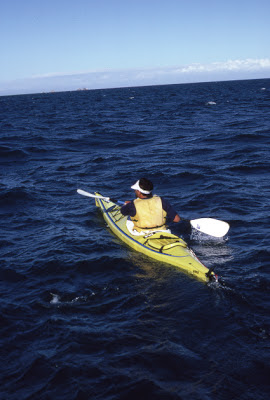 In the middle of Cook Strait with Adrian Kingi on a double crossing. We left Makara, landed at entrance to Tory Channel, then returned  to Mana Island and got out at Plimmerton. Photo: Bob McKerrow

He once took a line out to a coastal ship in trouble on the West Coast in rough Seas. But the most heart-warming story about this persistent paddler concerned his courtship. He was sweet on a girl who lived at remote Okarito, which at that time could be reached only along rough, boggy bush tracks. So George Park, who lived at Hokitika, regularly took to the water in his canoe, paddled out to sea, and then into the long estuary to pay his sweetheart visits. They were eventually married.
The most hazardous expedition he undertook was a coast-to-coast crossing of the South Island over Christmas holiday of 1889-1890."
Compared with the way in which today's speeding jet boat drivers skim the South Island rivers the early canoeists of the last century had to battle against tremendous odds. Little is remembered about these hardy paddlers. Their craft were fragile but well built. 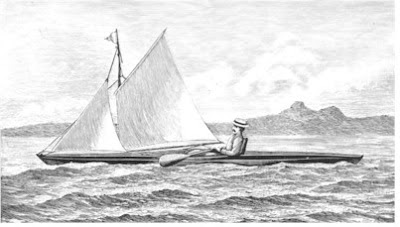 Hello i am kavin, its my first time to commenting anyplace, when i read this paragraph i thought i could also create comment due to this brilliant piece
of writing.