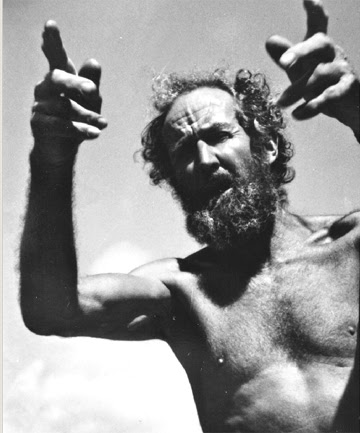 
Don MacKay died in Greville Harbour on d'Urville Island last week. For those of us who knew Don we can celebrate while we grieve, of a man who lived life to the fullest. Soil scientist, sailor, mountaineer and mentor to those who followed in his footsteps as Warden or Director of Outward Bound. 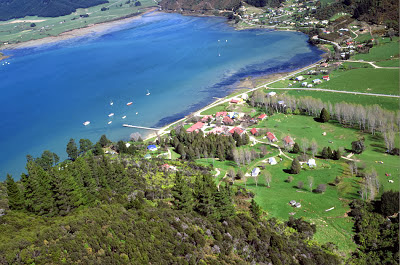 The Outward Bound School at Anakiwa where Don MacKay was warden from 1967 to 1974. Photo: Bob McKerrow

His sister described him as a solitary, intelligent, family-loving man.
Donald Alastair MacKay, 82, had spent the past 20-odd years living on his boat in Tasman and the Marlborough Sounds, Margaret Harvey-Collins said.
"He was his own man," she said.
"He lived on his boat, he liked the solitary life, but he had a deep affection for his family."
MacKay, who had a caravan at his sister's Mount Pleasant property, last spoke to her the week before he died. He had said he was waiting to catch the right winds to sail round Cape Jackson on his boat.
He had been in poor health with poor balance and a "crumbly vertebrae", so it was no surprise when she heard the news, Harvey-Collins said.
"The bay where he died was one of his favourite places.
"He used to infuriate me. I'd say to him, 'where are you going?' and he'd say, 'where does the wind blow'," she said.
"You could describe him as an aged, old hippy in a way."
MacKay had achieved much in his life. Among his accomplishments were working with Sir Edmund Hillary to help construct the airstrip at Lukla in the Himalayas, Mrs Harvey-Collins said.
MacKay had a great love for classical music, books, mountaineering and the outdoors. His mountaineering expeditions took him to Peru and the Himalayas.
He had worked for the prairie rehabilitation in Canada, as a warden at Outward Bound in Anakiwa, and for the Department of Conservation in Kaikoura.
MacKay was last seen by witnesses cleaning the hull of his yacht, Nokomis, from a dinghy in the early afternoon of Thursday, a police spokeswoman said.
They later noticed the dinghy adrift with no-one on board.
When the witnesses went to secure the dinghy back to MacKay's yacht, they found his body floating nearby.
In the History of NZ Mountain Guiding by the NZMGA it refers to Peter Farrell, Lynn Crawford and Don MacKay as  some of the strongest climbers of the day and saw an opportunity to resurrect the guide tradition, They recruited Harry and Mick as mentors and in 1966 Alpine Instruction Ltd was born operating out of the Ball Hut. They ran climbing instruction and guiding in summer and having rebuilt the ski tows on the Ball Glacier offered ski instruction and ski touring trips in winter. Bruce Jenkinson became their ‘chief’ guide and worked tirelessly alongside them.
Rob MacLean, the current Director of Outward Bound was the first to inform me of Don's death
Don MacKay passed away in Greville Harbour, D’Urville Island sometime around Thursday 12 December. His body was found in the bay near his boat. His family tell me that there will be an informal celebration of Don’s life at the Mapua Boat Club from 4pm onward on Thursday the 19th of December.

Don was the  2nd Warden of Outward Bound from 1967 to 1974. He has been the longest serving of all Wardens or School Directors at the school. Don was a quiet and humble man who for his last decade lived much of the time by himself on his boat Nokomis throughout the Marlborough Sounds and Tasman bay. He was frequently to be found on his boat moored just offshore from the school at Anakiwa.

Don was a mountaineer and soil scientist before coming to Outward Bound. He brought a different perspective and style to Outward Bound New Zealand which until that time had been staffed predominantly by ex servicemen. He introduced such things as rock climbing (and developed the rock face), the half marathon and oversaw the first female students at Outward Bound. Don did away with the watch leader system, preferring instead that leadership develop in watches more organically. According to Jon Mitchell, Don’s contribution was subtle but very significant and the character of our programme retains much of the shape that Don gave it (though Don never forgave me for allowing the support launches to follow the cutters so closely!). 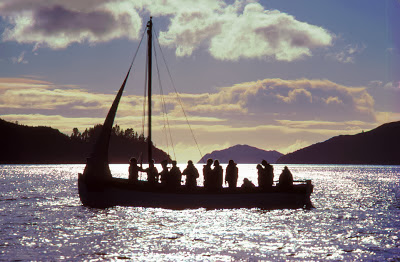 Please pass word of Don’s passing and memorial celebration to any of your contacts that knew him. We will miss him.
Geoff Wyatt also sent me a note saying "Don was actually my 1st climbing Instructor at Mt. Cook."

I was fortunate in walking in Don’s footsteps twice. First in 1968 in the Cordillera Vilcabamba in the Peruvian Andes where Don had climbed in 1962 and made a detailed map which we used for the four months while trekking and climbing. Then I became Director of Outward Bound at Anakiwa in 1983, nine years after Don. He was a legendary school warden and he was always happy and so willing to give me advice and share his philosophy on outdoor education. In 1985 I ran the Totaranui Totter ( now the Queen Charlotte Ultra marathon ) a 71km run from Ship Cove to Anakiwa, with Don and his brother-in-law Orme Collins. Don was a tough and wiry runner and had remarkable  stamina.

I hope there are others who knew Don better than me who would like to add their knowledge on my blog.