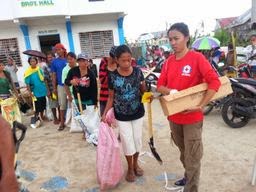 I am off to a press conference in an hour or so where the Philippine Red Cross will talk to the media about achievement in the first six months of the Typhoon Haiyan operation. This is our press release.

Philippines:
Manila / Geneva, May 5, 2014 – Six months after Typhoon Haiyan (Yolanda) devastated the Visayas region of the Philippines, millions remain in a precarious situation. The International Red Cross and Red Crescent Movement, one of the few organisations to deliver humanitarian assistance across all affected islands, has now launched an ambitious plan geared towards supporting the long-term recovery of survivors. 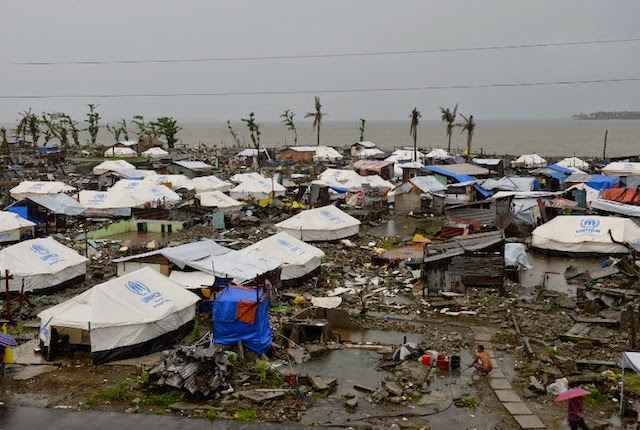 Tacloban was the worst affected area and was hit again in December by torrential rain.

16 million people were affected by Typhoon Haiyan, with thousands losing family members, homes and incomes. While the greatest intensity of need is in the eastern Visayas, people in other more remote areas also need help. The Red Cross and Red Crescent Movement recovery plan pledges to help 775,000 of the most vulnerable people to recover and improve their resilience to future disasters.
“Affected communities have shown remarkable strength and many are on the road to recovery. However, high levels of pre-existing poverty are holding people back and in some areas basic services have not been re-established”, says Richard Gordon, chairman of the Philippine Red Cross. “Our recovery work will focus on restoring shelter, livelihoods and access to health care, to help affected communities overcome the hardships of the past six months and become self-reliant again.” 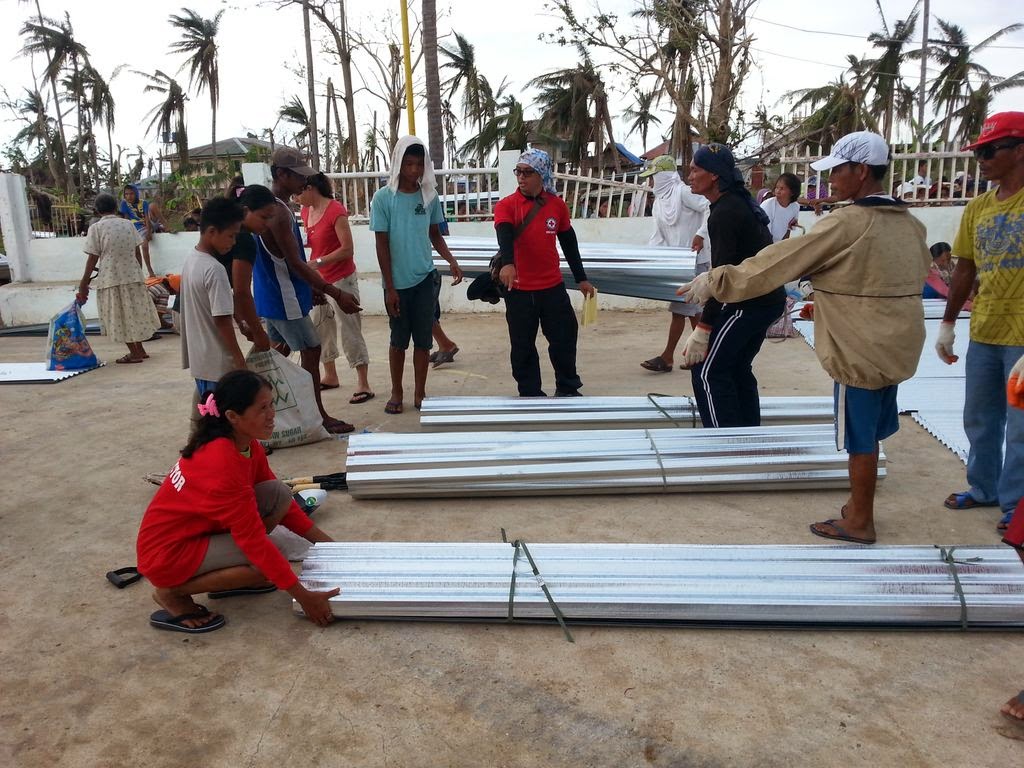 Since the disaster struck, the Philippine Red Cross, together with the International Federation of Red Cross and Red Crescent Societies (IFRC), the International Committee of the Red Cross (ICRC) and over 50 national societies from around the world have between them distributed emergency relief, including food, shelter items and cash, to more than 1 million people. Thousands more received medical attention from Red Cross emergency facilities.
“We are very proud of the solidarity and good cooperation the International Red Cross and Red Crescent Movement has demonstrated, mobilising quickly and effectively to respond after Haiyan”, says Gwendolyn Pang, secretary general of Philippine Red Cross, adding “Our most unique asset is our volunteer base. Over 8,000 Red Cross volunteers have been at the forefront of the emergency response, alongside the hundreds of international and national staff deployed to the affected area.” 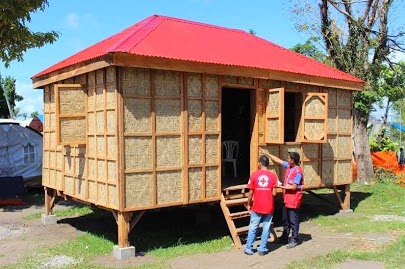 The type of core shelter the Philippine Red Cross is building in the rural areas of the typhoon affected belt. This is a typhoon resistant house that will withstand 200 plus km an hour winds.

The recovery plan, amounting to 320 million Swiss Francs will run over the next three years. As well as helping survivors to rebuild their lives, it will enhance the Philippine Red Cross’ capacity to respond to future disasters through targeted skills training for volunteers and strengthening expertise in disaster management and disaster risk reduction.
Meanwhile, work to rebuild damaged health care facilities and water networks in affected areas is well under way, as are livelihood support programs delivering cash grants, training and asset replacement.
In the aftermath of the disaster, the Red Cross and Red Crescent Movement distributed cash grants to 75,000 households and met 25% of the emergency shelter needs of survivors, providing tents, tarpaulins and other materials to almost 140,000 households. Support has already begun to roll out to help families build more durable homes, together with projects involving the construction of shelters.
Typhoon Haiyan Emergency appeals launched by the International Red Cross and Red Crescent Movement have collectively raised 315 million Swiss Francs (USD 357 million) so far.
For further information:
In Philippines: