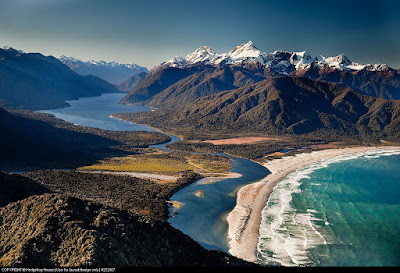 Mountain environments are essential to the survival of the global ecosystem.


They are the water reservoirs of the world – providing freshwater to at least half of the world’s
people. However, mountains are also high-risk environments; avalanches, landslides, volcanic
eruptions, earthquakes and glacial lake outburst floods threaten life in mountain regions and
surrounding areas. Mountains play an important role in influencing global and regional climates
and weather conditions. Mountains are also very fragile and are, now more than ever,
experiencing environmental degradation from soil erosion, landslides, loss of habitats and
species, and genetic diversity. In addition, they are particularly vulnerable to pressing changes
such as global warming.  Global cooperation in mountainous areas has proved to be the right
approach to protect mountains as storehouses of biological diversity and endangered species.
The New Zealand Alpine Club is celebrating 125 years since its inception this year and one of
its key activities, is hosting the Sustainable Summits conference at Aoraki Mount Cook from
August 7 – 11, 2016.
This will be the 3rd global Sustainable Summits conference to be held.
The conference will focus on practical solutions in terms of adapting to a changing mountain
environment, responding to changing visitor patterns and behaviour and preserving mountains
for the enjoyment of future generations in relation to core conference themes 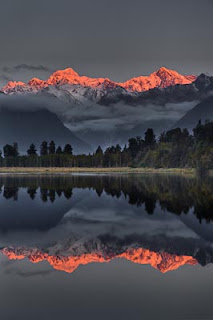 Natural Hazards
Large rockfall (e.g. South Face of Aoraki / Mount Cook 2014),
ice recession and unstable
geology, avalanches, adverse weather conditions, floods,
earthquakes, volcanic eruptions
Social Impacts / Cultural Values
Pressures on popular mountain routes – increasing numbers,
out-of-season use of tracks,
hut and track development; commercialism in the mountains;
influences of social media; cultural
awareness and visitor implications, Tōpuni areas (sacred),
water protection.
Although there are three core conference themes, there will be
opportunities for participants to
raise and discuss any topics related to mountain sustainability.
“ We have a great range of practical individuals attending from
around the world. Presenters
Peter Rupitsch from Austria; Roger Robinson from Alaska; and
another twenty presenters and
panellists from around the world,” said Dave Bamford, one of the organisers.include high profile
mountain advocates such as Lou Sanson, DG DOCNZ; Guy Cotter, CEO Adventure
Consultants; Sir Tipene O’Regan; Dawa Steven Sherpa from Nepal;
Confirmed participants now exceed 60 attendees with room for a total of 120 at the Hermitage
Conference facilities, Aoraki Mount Cook National Park.  Awards are also available for two young
New Zealand professionals to be sponsored at the conference.
In addition to our primary supporters: The NZ Alpine Club, Department of Conservation, the NZ
Federation of Mountain Clubs, the American Alpine Club, the American National Park Service
and the Petzl Foundation, we are pleased to welcome associate sponsors Adventure Consultants
and TRC Tourism.
Since its inception in 1891, the New Zealand Alpine Club have been strong advocates for the
sustainable use of mountain lands, and for protection where there are high conservation values,
such as supporting various national parks and reserve initiatives.
Arthur P.Harper combined with George Mannering and Malcolm Ross in 1891 to form the New
Zealand Alpine Club. Harper was president of the New Zealand from 1914 to 1932, and was
instrumental in the formation of the Federated Mountain Clubs of New Zealand in 1930, and
served as its president (1933–34) and patron (1952–54). He encouraged the establishment of
reserves and national parks and became a member of the Honorary Geographic Board of New
Zealand in 1934, and of the Tongariro National Park Board in 1938. In the 1940s he gave radio
talks on the mountains, and he was president of the Forest and Bird Protection Society of New
Zealand from 1948. Two years later he was awarded the Loder Cup for encouraging the
protection of New Zealand’s flora, and in 1952 he was made a CBE for his services to
conservation and mountaineering. NZAC Presidents after Harper, carried on the tradition of
environmental advocates.
The advocacy role started by the founding fathers of the NZ Alpine Club should not only be
carried on, but stepped up, particularly in terms of mountain laws and protection.  According to
a recent FAO report, “mountains have only recently begun to attract the attention of political
decision-makers and economic planners. Mountain law is, thus, still in its infancy: only a few
mountain-specific legal instruments, national and international, are currently in place. Still, a few
countries — France, Georgia, Italy, Switzerland and Ukraine are examples — have enacted
legal instruments focusing specifically on mountain areas, and other countries are in the process
of developing similar legislation.
New Zealand is a world leader in preserving mountain lands and the Conference organisers,
Dave Bamford and John Cocks, believe this is an opportunity to share what we are doing in the
mountain lands of New Zealand, while learning from what other nations are doing.
In February 1887, newspapers reported Ngāti Tūwharetoa’s proposal to gift the mountain tops of
Tongariro, Ngāuruhoe and Ruapehu to the Crown so a national park could be established.
National parks were a relatively new concept – Yellowstone National Park in the United States
had been created in 1872
Grace, the Member of Parliament for Tauranga, reportedly advised Horonuku that the only way to
preserve the mountains ‘ as places out of which no person shall make money’ was to ‘make them
a tapu place of the Crown, a sacred place under the mana of the Queen’.
Capturing and sharing lessons learned is an essential element of the Sustainable Summits
conference
In many parts of the world, mountain communities deserve special attention because they are
among the poorest and most affected by hunger in the world. Some 245 million mountain people
live in rural areas in developing and transition countries and are threatened by food insecurity,
recent FAO research shows.
The characteristics of high-altitude environments – and of the communities that call them home –
mean that development in highland areas requires a different approach — mountain-specific
strategies, based on mountain-specific research and knowledge.
In the past, however, governments have tended to concentrate development planning and service
provision in lowland areas, traditionally centres for national economic production, leaving poverty
and development issues in mountain regions unaddressed.
After the adoption of chapter 13 of Agenda 21, “Managing fragile ecosystems: sustainable
mountain development”, at 1992’s UN Earth Summit, awareness of the importance of mountain
ecosystems and communities increased.
This trend has been reinforced by the designation of 2002 as International Year of Mountains, and
by FAO’s ongoing collaboration with partner organizations to shape an International Mountain
Partnership.
Consequently, the need to not only protect highland environments but also ensure the economic
and social well-being of mountain communities is widely recognized.
However, much remains to be done in terms of translating that growing awareness of highland
development needs into mountain-specific laws and policies, FAO has noted.
FAO’s experience in the field shows that when mountain communities have a sense of at least
partial ownership or control over local natural resources they are more inclined to help protect them.
For example, in Nepal about 50 years ago, local communities had little or no incentive to protect
state-owned mountain forests. A policy shift in the last two decades devolved management and
user rights to local communities, which are currently making profitable investments in forests and
benefiting from wood and non-wood forest products. Consequently, communities became
increasingly interested in – and committed to – sustainably managing their forests.

Another important lesson to be learned from NZ is the formation of the Native Bird Protection
Society (later to become the Royal Forest and Bird Society of New Zealand) in 1923 which has
consistently advocated conservation issues, especially in relation to forested land.
Equally important was the Federated Mountain Clubs (FMC) which was formed in 1931 to
advocate for back country recreation and for the public ownership, protection, management and
control of our natural wild lands in perpetuity and subject to that, use for public recreation and
enjoyment. FMC has played a significant part in the creation and development of our National
Parks and Forest/Conservation Park network, as well as the formation of governing legislation
and policy applied to these public lands. It has also been instrumental in the creation of the
network of walkways throughout New Zealand. FMC has interests in protecting public access to
and recreational use of back country and major recreational areas.
FMC represents approximately 12,500 individual members belonging to nearly 100 recreational
clubs throughout New Zealand, as well as a number of individual supporters.
The New Zealand Alpine Club is pleased to have the FMC as a primary supporter and also the
Government’s Department of Conservation.
On 1 April 1987 the Department of Conservation was launched. Staff were drawn from the land
management giants, the New Zealand Forest Service and Department of Lands and Survey, and
the much smaller Wildlife Service and the Archaeology Section of the New Zealand Historic
Places Trust*, both of the Department of Internal Affairs, as well as other government agencies.
The first Director-General, Ken Piddington, was explicit that the new Department would shake off
the baggage of its parent agencies.
Environment, generally, was ripe for restructuring in New Zealand, in the prevailing 1980s climate
of free market reform. The move towards a single “conservation” agency started in November
1984, and gained force after a national conference in 1985.
At the time the NZFS was both protecting and logging native forests, and Lands & Survey
was caught between protecting land and burning it for development, as well as managing national
parks and reserves. Forest and Bird, the Native Forest Action Council, Friends of the Earth,
Maruia Society and other NGOs were campaigning to protect lowland podocarp forests around
the country.
To the Executive of the day, the public service was burdened with mixed objectives, and there
was no coherent approach to biodiversity conservation. It made sense to gather the “green dots”
around the country into one agency.
Thus, the Conservation Act 1987 requires DOC to protect natural and historic heritage, and
provide recreational opportunities on land entrusted to its care. Nature was to be protected for its
own sake and the benefits to New Zealanders protected for future generations to enjoy.
Bird scientists were brought under the same umbrella as park and reserve managers, and nature
conservation benefited almost immediately. Initially, however, most Wildlife Service staff at district
level were concentrated in the Taupo and Rotorua areas, because of the trout fishery rather than
ative snpecies.
Not least, the Department was launched with an expectation of an entirely new relationship with
Māori; Section 4 of the Conservation Act requires the Department to “give effect” to the principles
of the Treaty of Waitangi. Ken Piddington was (and still is) fluent in te reo.