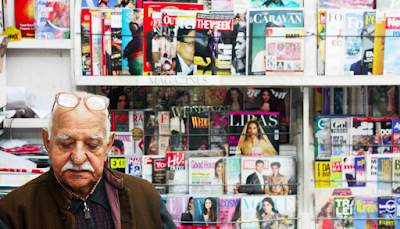 From the Hiatus project
tales of familiar spaces by
Aanchal Malhotra
www.aanchalmalhotra.com
Posted by Bob McKerrow - Wayfarer at 14:43

Oh Very nice information about the nice old man. But i wish i could see him without baldness. he would look more young than he is looking right now . :P he should look for the given tips and tricks about hair loss prevention tips and tricks.
Here are some hair loss prevention tips and tricks for your hairs to regrowth. You should eat white sesame seeds, drink at least eight glasses of water, you should avoid excessive alcohol usage, wash and clean your hairs from any gel before you go to sleep, consult to a medical professional about your hairs, Natural supplements, nutrition’s, get more vitamin B, Don’t do over style to your hairs, and eat some spicy foods to help improve your circulation and avoid your hair loss.
http://hairloss.co.com/hair-loss-prevention-tips-tricks/

Assignment Help is the best source of providing assistance to those who students who could not complete their due to any reasons. If do so, mark your presence on greatassignmenthelp for affordable services.
Assignment Help Online
Online Assignment Help

We are offering bioinformatics assignment help online support 24x7 throughout the year. During the entire year, there are different types of students to offer services.