When Michael Wilby was nearly 10, his brother travelled around

the world from England to Arthur's Pass.  He never came back.

Over 50 years later, a memorial has been placed behind the chapel in the village, in memory of Jeffrey and the four others who lost their lives on Mt Rolleston in June 1966. The incident was one of New Zealand's worst alpine disasters.
The others in Jeffrey's climbing group were Christchurch's Bruce Ferguson, 19, Invercargill's Colin Robertson, 20, and British climber Michael Harper, in his 20s. All four were experienced mountaineers. A fifth man, John Harrison,  died trying to find them. 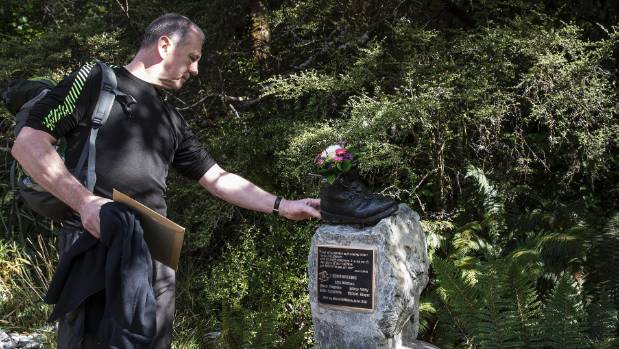 IAIN MCGREGOR/FAIRFAX NZ
Michael Wilby travelled from England to pay tribute to his brother, Jeffrey Wilby, who died in the mountaineering incident in 1966.
Wilby and his climbing party set out in good weather on June 19, 1966, but failed to return as expected after a norwest wind caused a dramatic weather change.
Several days later, a group of eight searchers were camped on the Otira Slide when an avalanche buried the camp. 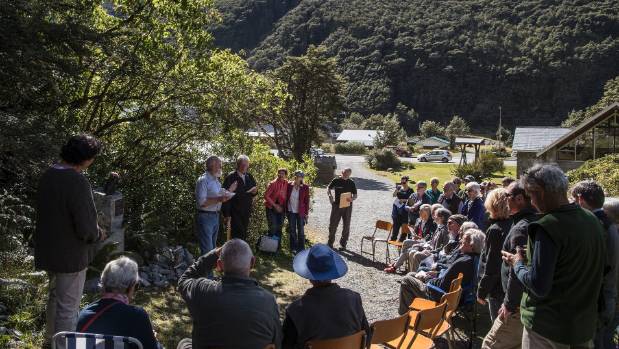 IAIN MCGREGOR/FAIRFAX NZ
About 45 people were at the dedication for the memorial, located at the start of the Avalanche Peak track behind the chapel in Arthur's Pass.
Seven managed to escape their tents from under three metres of snow, but Harrison – one of New Zealand's top mountaineers – was killed.
Three bodies were found in the years following, but Jeffrey's remains were still on the mountain.
Michael Wilby travelled from Blackburn, England, for the memorial dedication on Thursday, his first time in New Zealand. 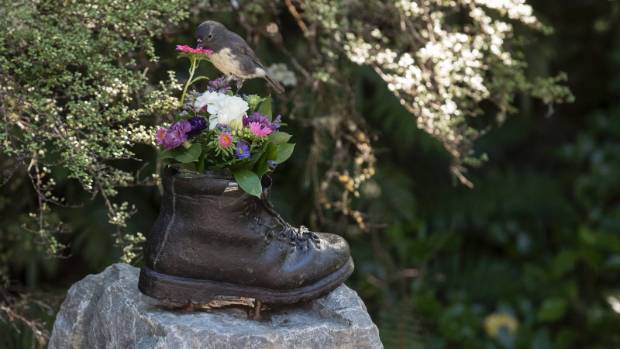 IAIN MCGREGOR/FAIRFAX NZ
A robin takes a flower from the memorial for the five men who died in a mountaineering accident on Mt Rolleston in 1966.
"To see his name on there, it's as if he's alive again, even though he's still up there. It is quite special for me."
"He didn't want to sit at a desk."     The memorial – created by Canterbury artist Sam Mahon – comprises a bronze boot on top of a large rock with a plaque naming those who died in the tragedy.
Thursday's short service finished with a bottle of whisky passed around, while a native robin plucked at the flowers placed inside the boot. Harrison's widow, Annie Harrison-McGregor, was a driving force behind the memorial. 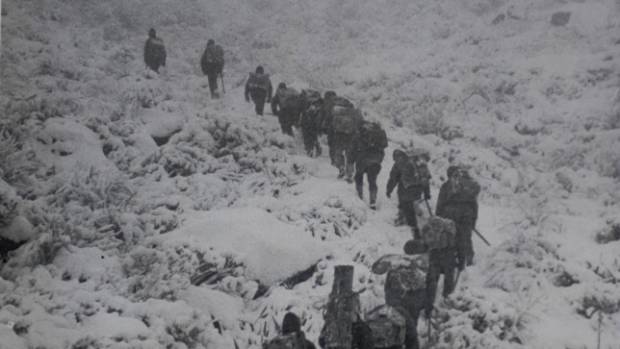 FAIRFAX NZ ARCHIVE
A rescue party of about 20 men, in blinding snow, make their way up the Otira Valley. Photo published on June 24, 1966.
She said she wanted to "have something here which allowed people to remember it with a smile instead of a terrible pain in their hearts".
"I wanted closure for everybody."
Lorayne Ferguson who lost her brother, Bruce, in the tragedy, said the memorial was not just about the five people who lost their lives. 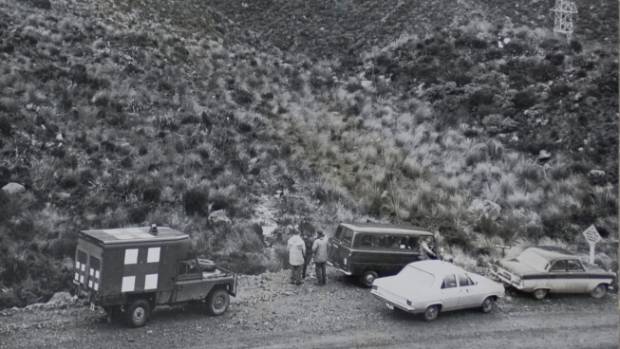 FAIRFAX NZ ARCHIVE
Emergency services gather in Otira Valley, which leads to the eastern face of Mt Rolleston. Photo published on June 23, 1966.
"There were so many people involved at the time, and they still have their vivid memories – in some cases very harrowing ones."
Her brother was full of life and was off climbing at every opportunity, she said.
"It was just what he lived for." 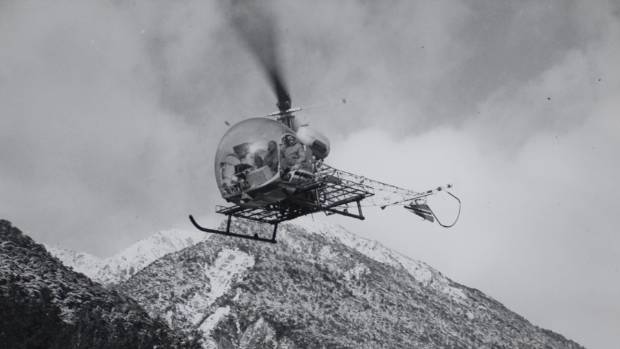 FAIRFAX NZ ARCHIVE
A helicopter leaves Arthur's Pass to assist in the rescue attempt. Photo published June 25, 1966.
John Wilson, who was part of the rescue party, was in the tent with Harrison when the avalanche buried the group. He and the other survivors were pulled out "in the nick of time".
"It was one of the key episodes in New Zealand mountain memories and searches, and we're keen that memory survives beyond us."

Below. Member of the rescue team stand in a hole dug in the snow to free the men trapped by the avalanche on Mount Rolleston. Photo published June 24, 1966.  (Thanks to stuff NZ for permission to run this article) 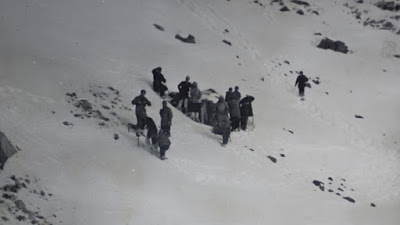