Australian Cricket should be charged with Racism 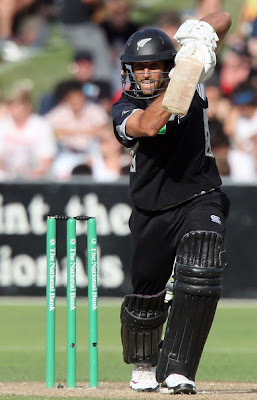 " Elliot looks like someone who reads your water meter." Unacceptable racism by Australian cricket commentators.

The One Day International Cricket match between New Zealand and Australia is not over. I am furious with the racist attitude of the commentators

When New Zealand was 7 wickets for 237, a comment from the commentator. " Elliot looks like someone who reads your water meter." He has scored a great century against Australia when this comment was made.

Do we have to put up with this racism from Australian cricket commentators ?

Email ThisBlogThis!Share to TwitterShare to FacebookShare to Pinterest
Labels: Racism with Australian cricket. Racism alive and well in Australia. Racism in Australia.

Kia ora Bob,
Racism is indeed alive and well all over the world. I have read some shocking things in the states as well. There is no place for that sort of carry on in a sporting event - that sort of crap reminds me of how great American sportsmen we defined, Jim Thorpe, the great Indian all around athlete hounded to his grave, Jesse Owens, Joe Louis, Jackie Robinson, all defined more by the colour of their skin than their amzing atheltic abilities and accomplishments. Just how far have we come?
It is little wonder the state of the indiginous people of Australia is in such dire straits.
Rangimarie,
Robb

Thanks for your support.Racism is indeed alive and well all over the world. We have seen the breakdown of apartheid in South Africa and we must continue to stamp it out. I am sending a complaint to the Australian broadcasting authority and the Australian Cricket Council.

Have a good week Robb.