Gong Xi Fa Chai ! The Year of the Tiger 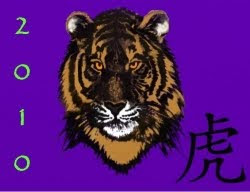 In peace there's nothing so becomes a man
As modest stillness and humility;
But when the blast of war blows in our ears,
Then imitate the action of the tiger:
Stiffen the sinews, summon up the blood,
Then lend the eye a terrible aspect;
Now set the teeth, and stretch the nostril wide,
Hold hard the breath, and bend up every spirit
To his full height!

To all my Chinese and other Asian friends and colleagues out there celebrating the Chinese New Year tonight, Gong Xi Fa Chai
"wishing you enlarge your wealth."

My apartment building has Chinese New Year decorations everywhereand Jakarta is a blaze of colour, awaiting midnight.
It is such an exciting time. 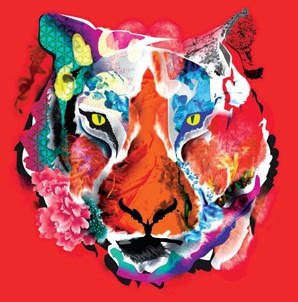 The Chinese Horoscope uses the lunar calendar and the Chinese New Year falls somewhere between late January and mid-February. The Chinese name their years after one of twelve animal signs that follow one another in a specific order, which is repeated over twelve years. 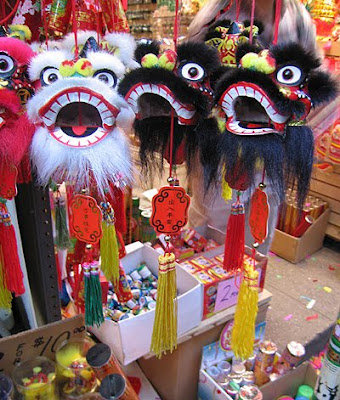 These Chinese Zodiac signs are the rat, ox, tiger, rabbit, dragon, snake, horse, sheep, monkey, rooster, dog and pig. As with western Astrology, every Chinese Birth Sign has a particular character and qualities and people born in a specific year are believed to take on the character and qualities of the animal after which the year is named. 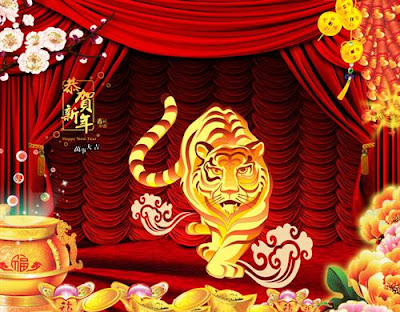 The Tiger is the third sign in the Chinese Horoscope and signifies bravery. The Tiger was admired by the ancient Chinese as the sign that kept away the three main tragedies of a household, which were fire, thieves and ghosts.

Thank you for this post. You got me interested now I'll check to see which critter represents me since I am Virgo.

Now I'm thinking of what this might be for Tiger in the woods.

Maybe Tiger in the woods will find the straight path again and golf will be the better for it.

Hi Webmaster, commenters and everyone else !!! The blog was completely improbable! A number of great information and inspiration, both of which we all want!Keep ‘em coming… you all do such an ideal job at such Ideas… can’t tell you how much I, for one appreciate all you do!

Great factors…I might note that as somebody who actually doesn’t comment to blogs a lot (in actual fact, this can be my first put up), I don’t suppose the time period “lurker” is very flattering to a non-posting reader. It’s not your fault in any respect, but perhaps the blogosphere might give you a better, non-creepy title for the ninety% of us that enjoy reading the posts.