Bits and pieces easily get left out of our mountain history for various reasons. The history of the NZAC Centennial Hut on the Franz Josef nerve has various omissions and I would like to add an important piece. Most know that the idea was conceived in September 1989 when the the Alpine Club’s Centennial was only two years away and the Westland National Park Management Plan provided for a hut on the upper Franz Josef nevé, and Bob McKegg, Lindsay Main and Alex Palman were keen to take the project on. 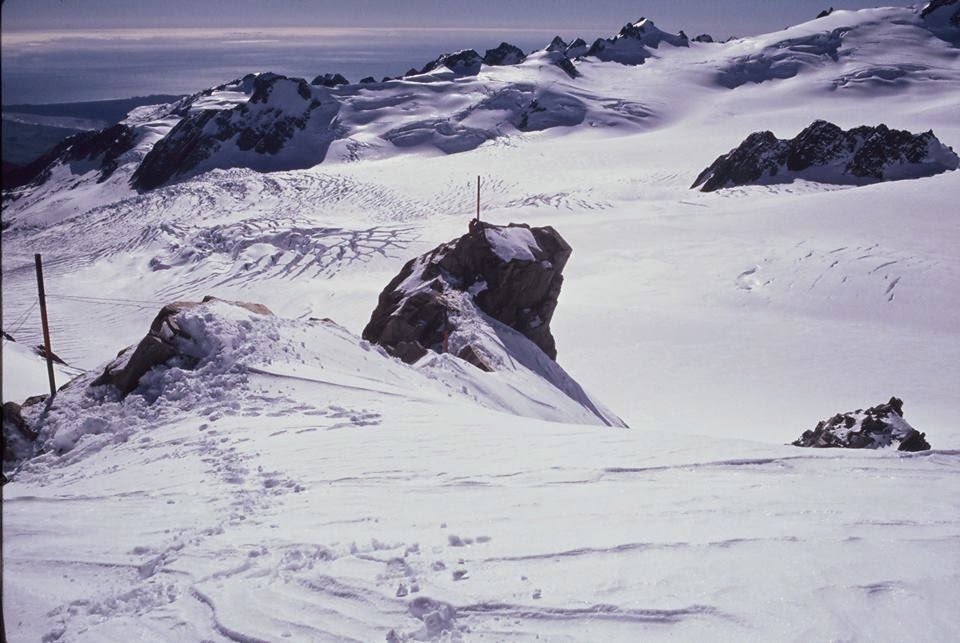 We put in two snow markers, one on each outcrop of rock to measure snow depth. Photo; Bob McKerrow


I took over as the DoC field centre manager (Former Chief Ranger position) in July 1990 and got interested in the project. Acknowledging earlier problems encountered in the design and location of other huts in the Fox and Franz neves, Alex Miller, Stu Drake and I worked closely with the NZAC. It was agreed that before any construction took place, DoC would install snow markers. 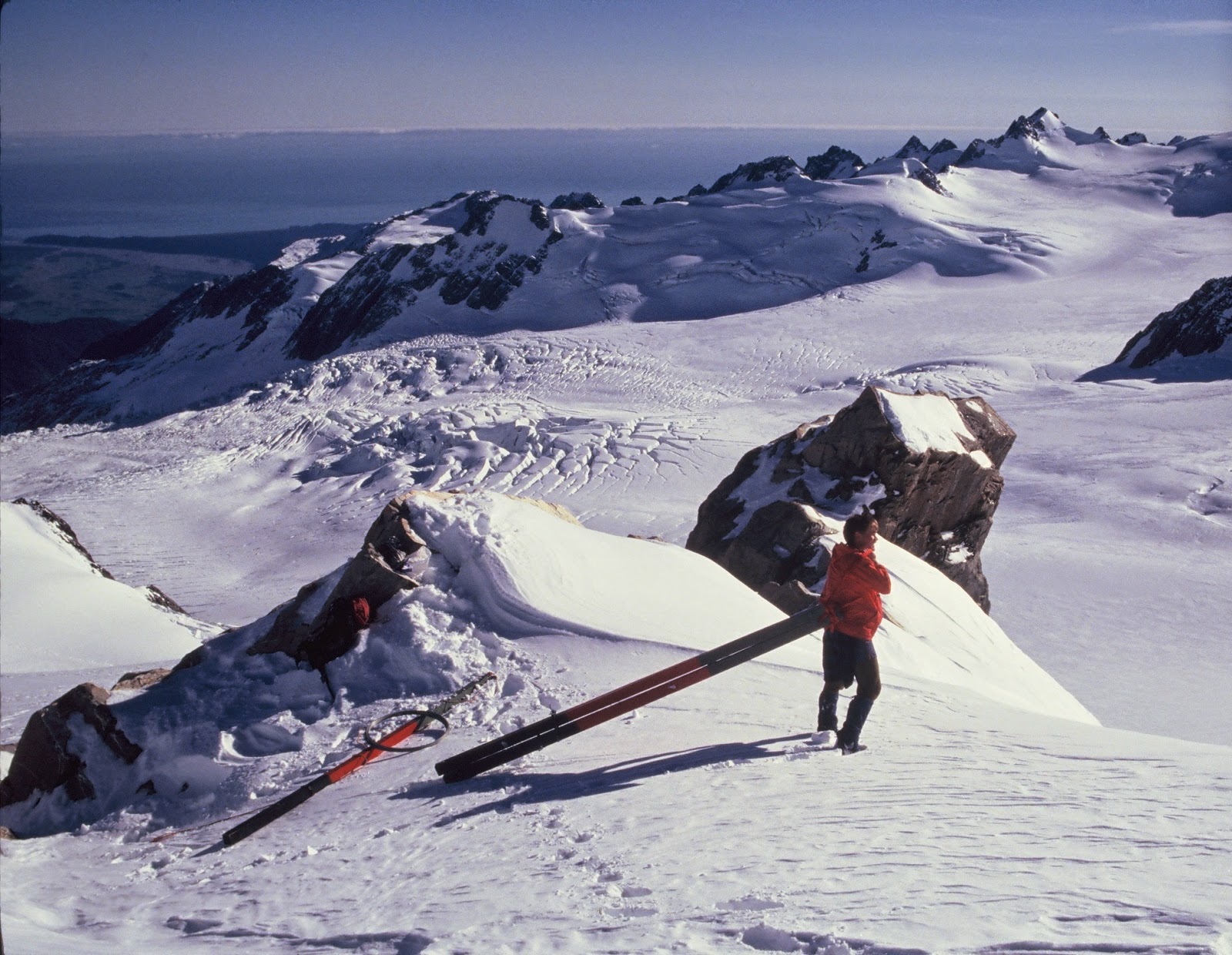 Stuart Drake and I flew in for a few days in April 1991 and dug in and guyed the two snow markers at the prosed Centennial Hut site. (see photo above) Photo: Bob McKerrow 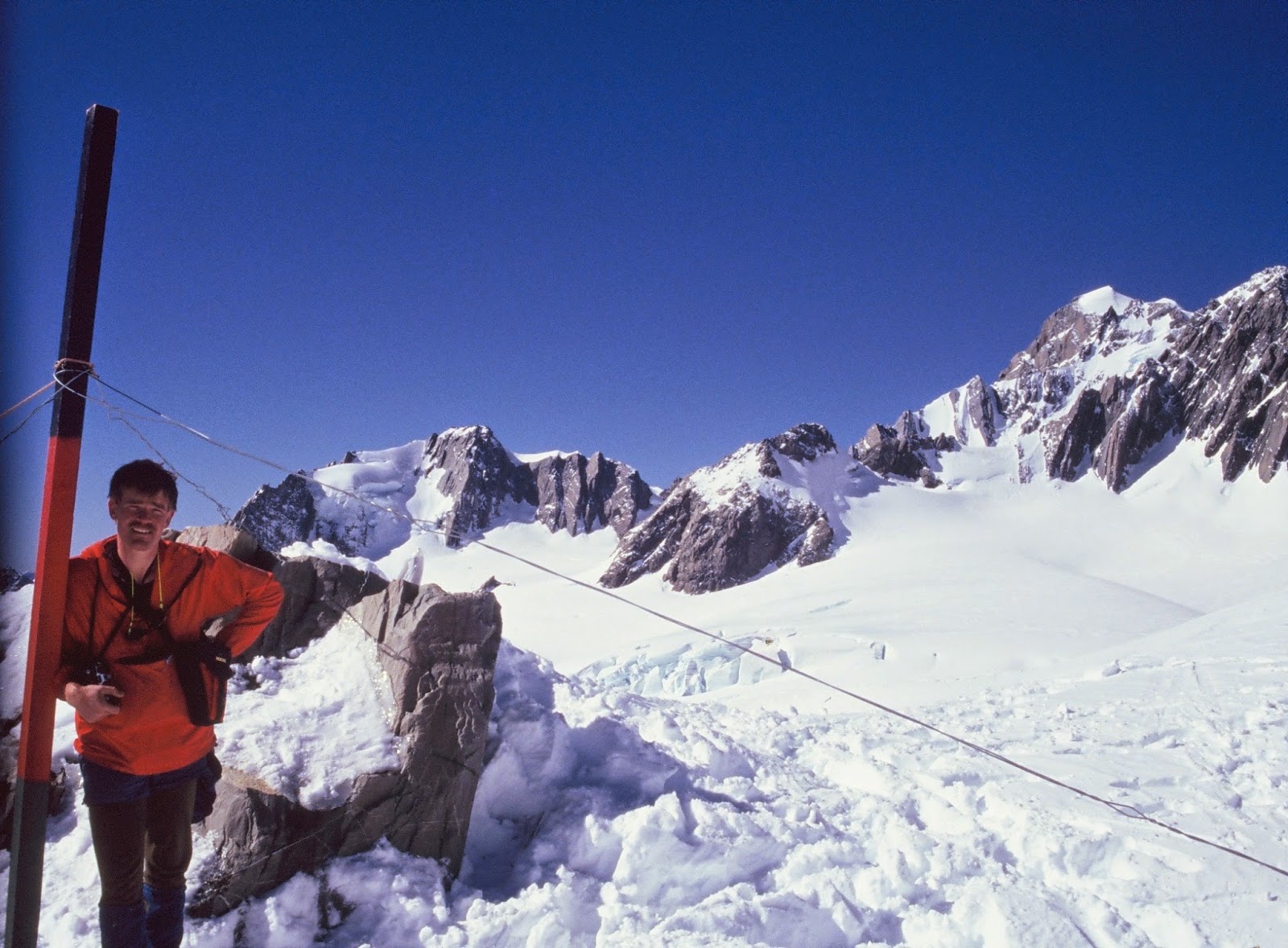 Stuart Drake holding one of the snow markers in place at the NZAC Centennial Hut site, as I tensioned the guy wires. Photo: Bob McKerrow 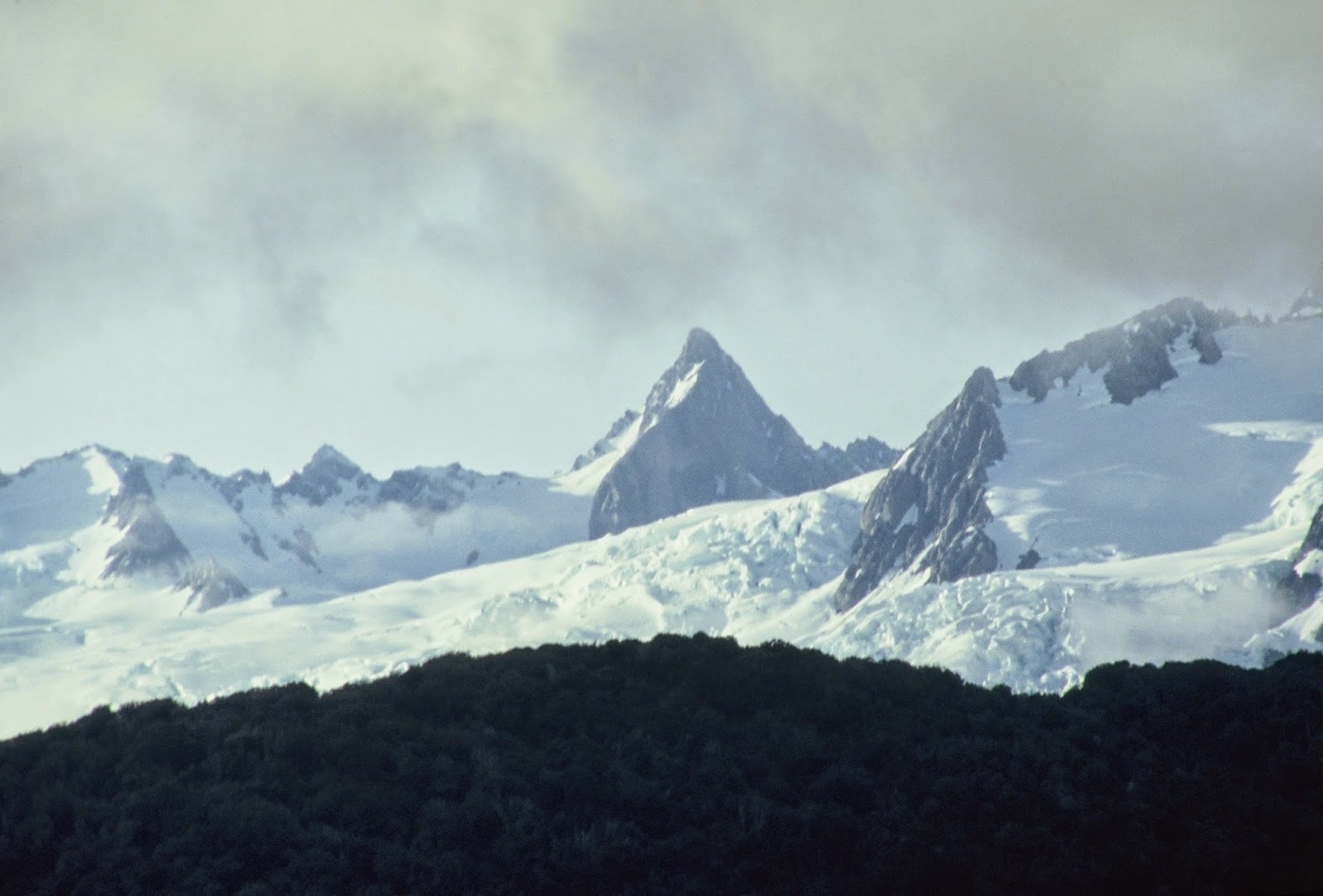 Alex Miller who worked with me at DoC and who owned his own plane and airstrip at Waiho, flew in weekly to check the snow markers and to see if the snow was banking up or not. Colin Tuck from Glacier Helicopters and Rusty Knight from the Helicopter Lines, also kept an eye on the site. Bruce Watson, the DoC conservator was very supportive of DoC assisting the NZAC. Sadly when I left a few years later, Chris Hickford took over from me and cut DoC support, which was typical of the new penny-pinching breed of conservation bureaucrats.

Here is some further history from the NZAC website.

The idea of a high hut on the Franz Josef Glacier surfaced during a ski mountaineering trip by the “Rumdoodle” party comprising Bob McKegg, Lindsay Wood, John Gooding, Alex and Diane Parton, and Margie Swainson in September 1989.
It quickly became clear that the timing for such a project was just right. As well as there being a real need for a hut in the area, the Alpine Club’s Centennial was only two years away, the Westland National Park Management Plan provided for a hut on the upper Franz Joseph nevé, and Bob, Lindsay and Alex were keen to take the project on.
A large amount of work was then required to raise funds, select and obtain site approval, finalise the design and organise construction. A substantial bequest of over NZ$12,000 was allocated to this project. The funds had been kindly left to the Club by Ruth Adams, as a thank you for the assistance given to her during the La Perouse Rescue of 1948
Centennial Hut was officially opened by the Honorable Denis Marshall, Minister of the Environment, at a ceremony at Franz on 5th February 1994. It had taken a little over four years to build from conception to completion, and spanned the Club’s 1991 centennial year.

Access:
From the east, Graham Saddle (Route 7.11) provides a good route. From the West Coast, routes up the Franz Josef Glacier can often be troublesome. Travel directly up the glacier usually depends on the state of the second icefall below the Almer Ridge and Almer Hut. Check with Westland National Park staff or Franz Josef guides about the state of the icefall. A route along the Baird Range to Almer Hut, known as the “Goatpath”, exists, but is difficult and not recommended.
A much longer alternative lies via the Fritz Range, which separates the Franz Josef and Fox Glacier watersheds. This route is an excellent ski tour and in winter a fast way from Pioneer Hut (see the Fox Glacier section), provided the weather is fine. From the terminal of the Franz Josef Glacier, commence by crossing the glacier above the first icefall and ascending to Castle Rocks Hut. From the hut climb to the saddle above and traverse Mt Moltke, continuing along the undulating Fritz Range, crossing the Sollas Ridge. Further along, Halcombe Col provides quick access to the Fox Glacier. To access the Franz Josef Névé, continue further along and angle up to the Pench Ridge, west of Von Bulow, and follow around the Davis Snowfield to Centennial Hut. Centennial Hut is situated on the ridge which extends north-west below Mt Jervois. If using this route, take a map, as route finding can sometimes be difficult
- beware of mist later in the day.
If the above routes do not appeal, then good access to the Franz Josef Glacier can be found via the Fox Glacier and West Hoe or Newton passes. It is also possible to fly into the Geikie and Davis snowfields by ski plane or into Almer and Centennial huts by helicopter, from the West Coast, or the Aoraki/Mt Cook side.
Shelter
Almer Hut. Owned and operated by the Westland National Park, the hut has cooking utensils, blankets, radio and 12 bunks (~1680m, grid ref: 841-443).
Castle Rocks Hut. A WNP hut with four bunks – but no radio (~1160m, grid ref: 808-466).
Centennial Hut. An NZAC hut, it has a radio, cell phone coverage, solar powered lights (including a 12v cell phone re-charging jack!) and 12 bunks. There is also a vestibule including a warden’s bunkroom (~2400m, grid ref: 864-406).
Times
Franz Josef Glacier Road to Castle Rocks Hut 4-5 hours (check glacier conditions).
Franz Josef Glacier Road to Almer Hut 1 day (depending on icefall).
The “Goatpath” Route 8-14 hours (local knowledge necessary).
Almer Hut to Centennial Hut 3-4 hours.
Almer Hut to Pioneer Hut 5-7 hours.
Almer Hut to Graham Saddle 4-8 hours.
Centennial Hut to Graham Saddle ~1 hour.
Centennial Hut to Pioneer Hut 2-3 hours.
Posted by Bob McKerrow - Wayfarer at 14:43

Hi Bob, I'm looking to find out more about the Centennial Hut. I work for Stratco and believe that we were involved in the project - but am not sure to what extent. Do you know who the builder was on this project? You can get in contact with me at kris.powell@Stratco.com.au. Hope you can help.