Forty nations, 800 athletes, 220 media, 400 volunteers, 34 events, 15 sports and 10 days of the best winter sports action ever seen outside of the Olympics - it's the greatest show on snow and it's 100% Pure New Zealand Winter Games! 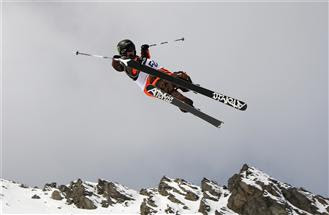 New Zealand's Jossi Wells, on his way to a silver medal in the Free Skiing Slopestyle competition at the 2009 Winter Games at The Remarkables, Queenstown

It fills my heart with pride when I see the remote mountainous regions of the province (Otago) that my Great-Grand Father so faithfully surveyed between 1861 and 1863, and the province I was born in and learned to tramp, climb and ski, has become the venue for the 2009 NZ Winter Games, a key event before the Winter Olympics. It started last Friday, 21 August 2009. 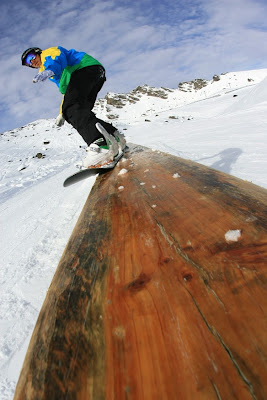 The Remarkables, a place I started snow and ice climbing in 1966, one of the key venues for the 2009 Winter Games.

The inaugural 100% Pure New Zealand Winter Games opened last Friday afternoon in front of over 1,000 spectators and the world’s media.

A skydiver landing on the beach heralded the start of the opening, followed by 40 local school children arriving by jet boats across Lake Wakatipu, each carrying a flag of the 40 nations competing in the Games.

The rousing call of the putara (conch) called the crowds to attention for the start of the powhiri (welcome). The warriors of Kai Tahu issued a challenge to the visitors and placed a teka (dart) at the feet of Jean-Phillipe Roy of Canada who was representing the several hundred athletes present.

Governor-General Hon Sir Anand Satyanand officially opened the Games, highlighting the benefits and unique nature of this ground-breaking event, as well as it's potential for the future. He talked about the vision of Winter Games NZ chairman Sir Eion Edgar, and CEO Arthur Klap had to produce this event and how it evolved through the collaboration with the Olympic committees of the Pacific Rim countries.

It was good to see my that my old friend Arthur Klap's dream finally come true. I first met Arthur and his wife Lynn, in Chamonix France in the late 70's, when they were both young competitive free-style skiers. I spent some time with Arthur in those days and recall discussing the potential of the Otago mountains had fro winter sports, and one, day the venue for a winter Olympics. And Eion Edgar, another of my Dunedin generation, who used his vision and connections to make this happen. It is a proud time for us Dunedin lads to see Otago's mountains finally getting the oportunity to attract winter sport competitors from around the world to these first ever, New Zealand Winter Games 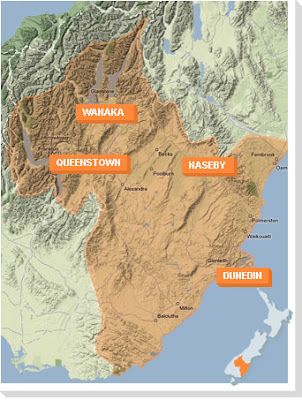 A map of all the venue for the 2009 Winter games 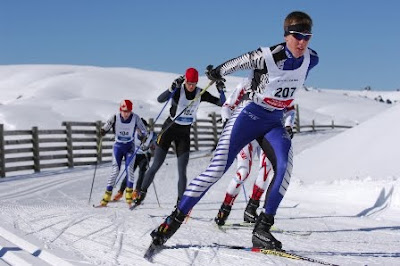 Cadrona, the venue for Nordic skiing 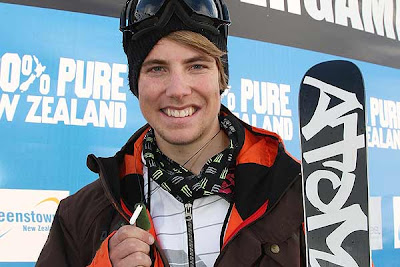 Team Australia’s experience won through in the first 100% Pure New Zealand Winter Games match of the double header Trans Tasman ice hockey series in Dunedin tonight winning 8 -2. In front of a crowd of 2500 at Dunedin’s Ice Stadium, the Ice Blacks made a thrilling start with goals by Paris Heyd and Brett Speirs putting them up 2-1 within the first thirteen minutes of the game. The Ice Blacks have never beaten Australia at senior level and this was the first time in their 10 match history that they had hit the front. However Australia fought back to equalise, with the score 2-2 by the end of the first period. The second Test is tonight.


100% Pure New Zealand Winter Games continues today Sunday 23rd August, with the Snowboard Slopestyle at The Remarkables, the cross-country classic skiing at Snow Farm, the start of the curling at Naseby and the final ice hockey test match in Dunedin.

Bob - I've finally had a moment to look at your blog. It's quite inspirational. In addition to the words, you've got some great photographs. It's great to see the snow sports in New Zealand you've recently posted. I may have to start a blog, too. It looks like so much fun. Enjoy the days back in Indonesia. Ciao - Steve

dear Steve
Great to hear from you again. How is Kosovo ? You did a fine job out here in Indonesia and miss you.

Kia ora Bob,
Good to see the Tall Blacks put a pasting on the Aussies as well.
These winter games are rather poorly promoted in my view. The media coverage is more an after thought than anything else.
Go the Manawatu Turbos! On to victory vs, The Naki this Saturday.
Cheers,
Robb

A shame the winter Games are getting such poor coverage for they deserve better. Rugby still reigns supreme. (n that regards, Canterbury will be the overall winners in the NPC: too much class although the turbos are doing well.

May Tara, the boys and you have a great weekend.

Bob - Kosovo's alright - It's still summer here so at least one's suntan can survive. US Open tennis is on but without a television at home I'm having to hang out a cafes each day to catch a match or two. If you're still interested in visiting the Balkans at some point, let me know as there's plenty of room here at home.
ciao,
Steve

Thanks for a marvelous posting! I quite enjoyed reading it, you could be a great author.
I will make sure to bookmark your blog and will come back down the road.

I want to encourage you to ultimately continue your great writing,
have a nice holiday weekend!

Wow! At last I got a webpage from where I know how to actually get helpful data concerning my study
and knowledge.