Why and where ten aid workers were murdered in Afghanistan. 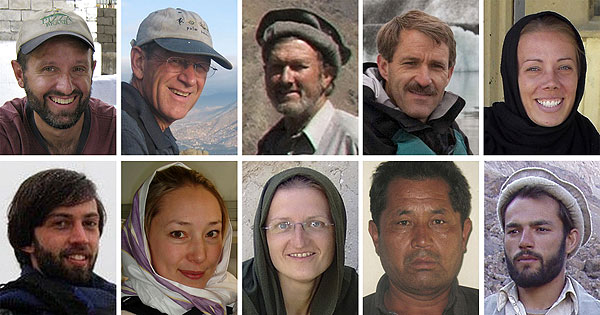 
The first sign of danger was the crackle of gunfire over their heads. Ten gunmen, their faces covered, rushed toward terrified humanitarian workers and began shouting "Satellite! Satellite!" - a demand to surrender their phones.

Moments later, 10 of them lay dead, including two women hiding in the back seat of a car the attackers hit with a grenade, according to an Afghan official familiar with the account the sole survivor gave police.

It is the first detailed narrative of the slaying of six Americans, two Afghans, one German and a Briton on August 5 in remote northern Afghanistan. They were ambushed and shot August 5 after journeying about 100 miles - much of it on foot and horseback - through the Hindu Kush mountains, giving eye and other medical care to impoverished villagers.

Afghan and US investigators spent at least four hours this week questioning the survivor, a 24-year-old father of three named Safiullah. He was employed as a driver for International Assistance Mission, a nonprofit Christian organisation that has worked in Afghanistan since 1966.

Safiullah, who like many Afghans uses only one name, told investigators that the killings occurred around 7.30am or 8.30am, according to the official, who spoke on condition of anonymity because he was not authorized to disclose details of the ongoing investigation. 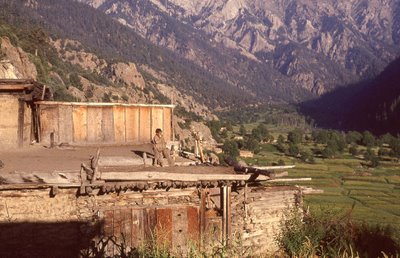 The Parun Valley, high in the Hindu Kush, where the aid workers had been conducting eye and health clinics for two weeks before they were murdered. Photo : Bob McKerrow

The official, whose information has proven reliable in the past, said Safiullah, who is being held but not behind bars, gave the following account of how the killings unfolded.

At the end of the trip, the team spent their final night in a village. The next morning, riding in four-wheeled drive vehicles, they encountered a river swollen by heavy rains.

An Afghan man in the area offered to help the team as it was trying to cross the river. Two members of the team - including leader Tom Little, an optometrist from Delmar, New York, who had worked in Afghanistan since the late 1970s - rolled up their pants legs and waded in to find a spot shallow enough for the vehicles to ford the river.

After successfully crossing, the team stopped to take a break in a forested area at the side of the road, which ran through a narrow valley. They wanted to get ready for their long journey back though Badakhshan province and on to the Afghan capital, Kabul. 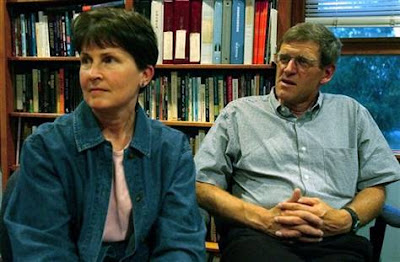 Libby and Tom Little in their home in Kabul


The Afghan man who had offered to help the group left. Then came the attack.
The gunmen rushed in, firing bullets over the medical team members' heads.

A gunman struck Little in the head with the back of an AK-47 rifle. Little fell bleeding to the ground. When he tried to get up, the attackers fatally shot him in the torso.

Two of three female members of the team had jumped inside one SUV to hide. The attackers tossed a grenade at the vehicle, killing them both. Then, one by one, they killed the rest of the group - except the driver.

Safiullah told investigators he believes the lead gunman was Pakistani because he yelled "Jadee! Jadee!" - a word used in several regional languages that means "hurry up." It is more commonly used in Pakistan and India than Afghanistan. He said all the attackers understood Dari and Pashto, the two main languages spoken in Afghanistan, but conversed in Pashaye, a local dialect used only in parts of the northeast corner of Afghanistan.

Safiullah said he doesn't know why he survived while two other Afghan members of the team were killed. He said he raised his arms in the air and recited verses from the Islamic holy book Quran as he begged the gunmen for his life.
The official said Safiullah speculated that the gunmen might have shot the team's Afghan cook, who was lying under one of the vehicles, because they thought he was armed. Safiullah said they might have killed the second Afghan, a guard employed at International Assistance Mission since 2007, because he was wearing a head scarf wrapped in a style favored by northern militias.

A fourth Afghan on the trip, Dr. Said Yasin, left the group a day before the killings, saying he was tired and wanted to take a more direct route back to Jalalabad where he has family. Dirk Frans, the IAM executive director, said Yasin told the team he was suffering from a kidney ailment and asked permission to leave on his own.

"He is fine now," Frans said about Yasin. "He's OK. He is well - of course extremely sad that all but one of his colleagues are gone."

After the killings, the gunmen took Safiullah with them on a seven- or eight-hour hike through a forest. During the journey, one of the gunmen spoke on a radio with a high antenna, saying, in Pashto, "Everything's finished. We killed them," Safiullah told investigators, according to the official.

The attackers stopped to pray in the evening, then continued on, walking toward a flashing light that Safiullah said was meant to guide them to a village near Barg-e-Matal, scene of heavy fighting in recent weeks between government forces and militants who crossed over from Pakistan.

There, they met up with another group of people, who asked Safiullah if he was a Muslim, his father's name, how many children he has and how he got a job working for foreigners.

The gunmen told Safiullah that he could leave, but he told investigators he feared he would be shot in the back if he did so. He said he dropped to his knees and began hugging the legs of one of the men. Eventually convinced that they had no plans to kill him, Safiullah said he started running. He said he rested by a large rock, and then despite extreme fatigue began running again.

An older man he met along the way let him briefly ride a donkey. Safiullah said he eventually found his way back to the town in the Kuran Wa Munjan district of Nuristan province where the group had left their three four-wheeled drive vehicles and rented eight horses at the beginning of the trip. 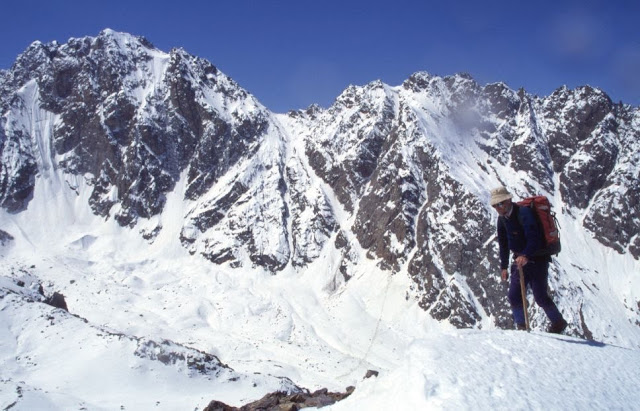 The high Hindu Kush that stretch through Nuristan and Badakhshan where the 10 aid workers travelled. Photo: Bob McKerrow
The group had assembled last month in Faizabad, the capital of Badakhshan, and then drove south, according to Safiullah.

They left their vehicles in Kuran Wa Munjan and then trekked nearly half a day on foot and horseback over mountainous terrain to reach the Parun valley. The valley is a harsh, isolated area about 9500 feet above sea level where an estimated 50,000 people eke out a primitive existence as shepherds and subsistence farmers.

Safiullah said he was not aware of any threats to the team during the two weeks they spent walking from village to village providing medical care.

The Taliban said they carried out the attack because the team members were spying and trying to convert Muslims to Christianity. IAM said it is registered as a Christian organization with the Afghan government, but does not proselytize.

"IAM would not be invited back to villages if we were using aid as a cover for preaching," Frans said in a statement. "This specific camp, led by Tom Little, a man with four decades experience in Afghanistan, has led eye camps for many years to Nuristan - and was welcomed back every time."

The bodies of four of the Americans, escorted by FBI personnel, were flown to the United States on Wednesday aboard US military aircraft, according to Caitlin Hayden, a spokeswoman for the US Embassy in Kabul. "In accordance with their families' wishes, the remains of two American citizens will remain in Afghanistan and be laid to rest here, in the country they selflessly and courageously served for so many years," she said.

I have been discussing the murder of Tom Little and his team with friends  worked with in Afghanistan and one letter that I would like to record here, is from Jason Elliot who wrote a remarkable book on Afghanistan, An unexpected light.

Kia Ora mate,
I remember Libby's pancakes too, and I remember Tom as an incredibly brave and dedicated man - one of a tiny number who stuck it out during the darkest days in Kabul. As you well know, that took a special sort of person.


His character did the talking and he had no interest in prosletysing. He was one of the humblest and bravest men I ever met. I am sure too that after all those years of having cheated death, he went to his Maker with a tranquil heart. I hope he was able to give some comfort to the others with him. He toa taumata rau.

A pity we could not have sent a hundred thousand men like Tom to Afghanistan instead of soldiers.