I spent four days in the north of Sri Lanka this week with Azmat Ulla, monitoring the work of our Red Cross team that are supervising the construction of 16,800 owner-driven houses which are funded by the Indian Government. In total, the Indian Government is funding 43,000 owner-driven houses. The project that started at the beginning of September last year, is going well. Here are a few photos provided by Mukesh Singh. 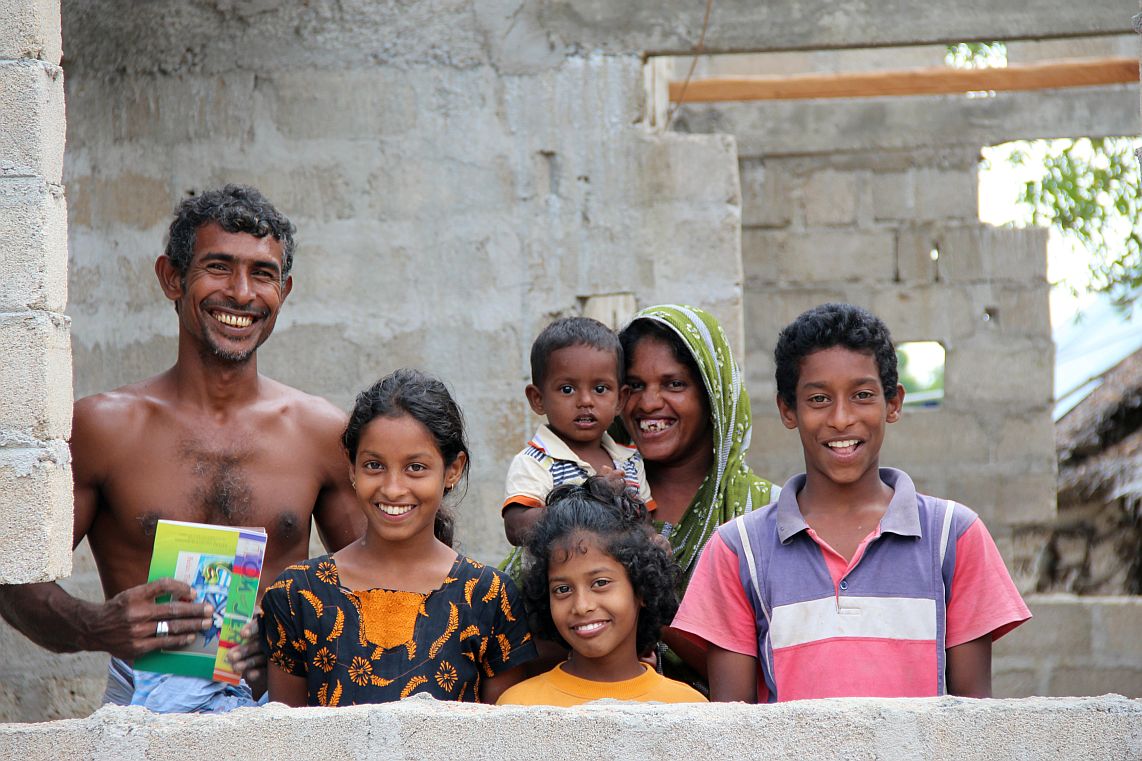 All smiles at Rasool Puthuveli from a family whose Indian Government funded house is at roof level.

A young girl in Palinagar, Manthai East Mullaitevu, waiting for her house to be completed. 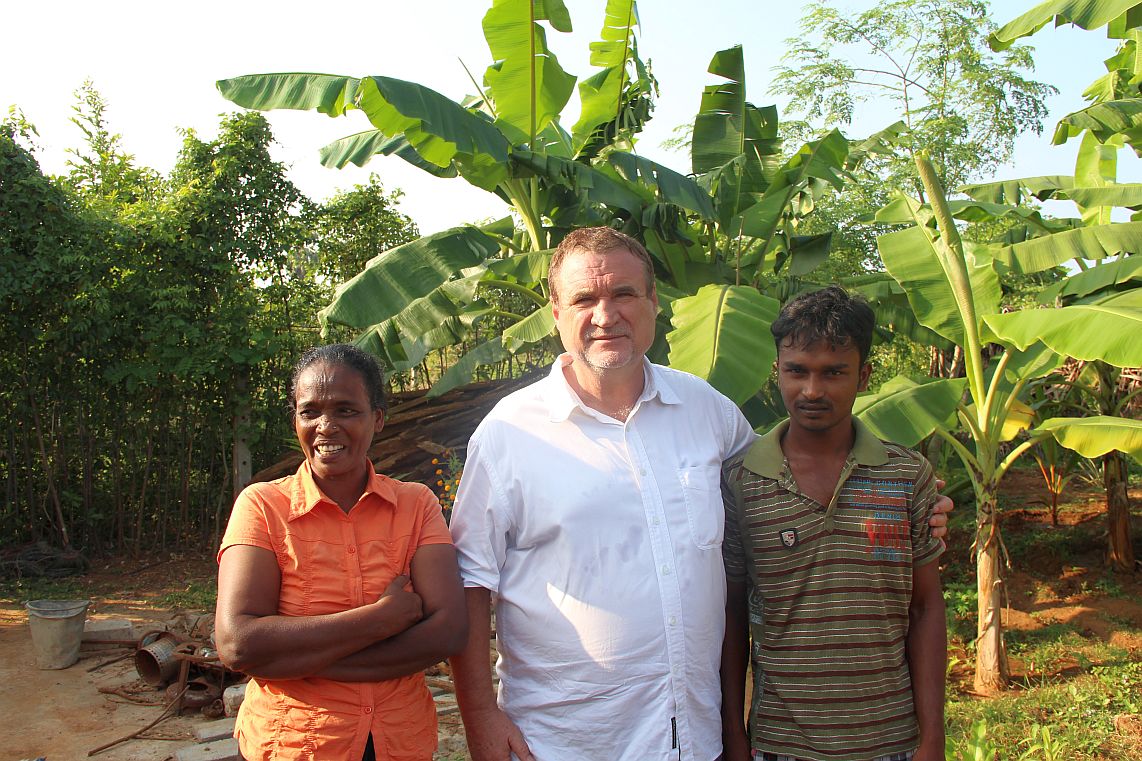 To my right, a woman who lost her husband during the war, and her 3 sons are all disabled due to various shell fragments embedded in their heads. To my left, her 21 year son with part of a bullet still in his head. His two other brothers are in similar situations. In the course of our work we come across a lot of people needing specialist medical treatment and we do everything we can to find appropriate treatment. 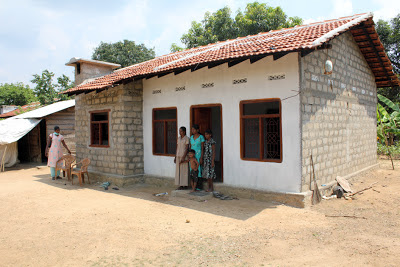 A dream
A New Zealand journalist interviewed me on the 2nd anniversary of the Indian Ocean Tsunami, and the title of the article was “Bob the Rebuilder.’ I thought it amusing at the time, (2006) but seven years down the track such an absurdity has turned into truisms. When I left Indonesia in June 2010 after four years, I had a monitoring/implementation role with 20,000 transitional shelters and 20,000 permanent houses. Arriving in Sri Lanka in June 2010, we had a dream to start a programme to provide funds and technical expertise to build 300 houses for families displaced by war. That vision increased to1000, then to 3000 in an integrated Red Cross programme providing houses, water and sanitation, livelihoods and other community risk reduction measures.

In July last year we signed an agreement with the Government of India to be the implementing agency for 16,800 houses funded by them. So from a dream of building 300 houses in 2010, the target is now reaching 20,000. Thank God, sometimes absurdities turn into truisms.
Posted by Bob McKerrow - Wayfarer at 04:58

I would like to convey [url=http://www.sac-longchamp-pascher-fr.com]sac longchamp pas cher[/url] my love for your kindness for all those

that need help on that subject. Your real dedication to getting the solution along had been exceedingly

continuously allowed guys and women much like me to realize their endeavors. sac longchamp pliage , Your entire informative

tutorial can mean this much a person

I'm gone to inform my little brother, that he should also pay a quick visit this webpage on regular basis to take updated from most up-to-date news.
Also visit my site ; colon cleanse clinic sacramento

If you desire to obtain much from this post then you have to apply
such techniques to your won website.
My page - Suche Kredit Ohne Schufa

Hi to every one, it's in fact a nice for me to visit this web page, it consists of useful Information.

Wonderful article! This is the kind of info that are meant to be shared around
the internet. Disgrace on the search engines for now not positioning this publish higher!
Come on over and consult with my web site . Thank you =)

Hi. I needed to drop you a fast observe to precise my thanks.

Ive been following your weblog for a month or so and have picked up a ton
of good info and enjoyed the method youve structured your site.
I'm trying to run my very own weblog however I believe its too normal and I have to focus on a whole lot of smaller topics. Being all things to all folks just isn't all that its cracked as much as be

my webpage ... having trouble getting pregnant after a miscarriage