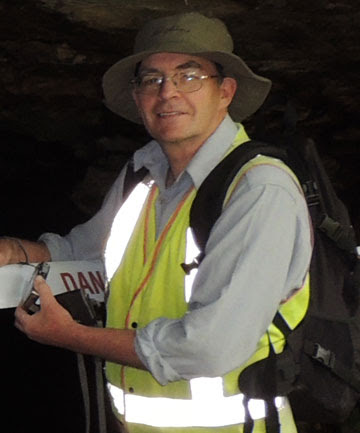 MISSED: Les Wright was loved by his family.
t historian Les Wright’s family has revealed he died only hours before searchers found him after surviving four days lost in dense North Island forest.
His partner, Deborah Carden, said today searchers found a small bivvy near his body that he had erected for shelter and lined with fern fronds to stay warm in Pureora Forest, near Taupo.
Tragically, it appeared he had got up last Thursday night and slipped down a bank, knocking himself unconscious, she said.
His body was found on Friday morning in the forest about 5km from his car.
The family had been told he might have died from a combination of head injuries and hypothermia.
Carden said he would have heard the police helicopter overhead during the frantic search last Thursday.
It was particularly heartbreaking knowing they had been so close to saving him, she said.
‘‘Les would have done everything that a person lost in the bush should have done except staying put until we got there.
‘‘It’s conjecture he got up that night because he heard someone.’’
Wright, 63, of Punakaiki, went missing on May 13 after heading out tramping.
He and Carden had been staying at the Waitomo Top 10 Holiday Park with a friend and she had alerted police after he failed to return that night.
A huge search was launched in the area, ultimately spanning a 300km radius, and was initially hampered because Wright failed to let anyone know where he had planned to tramp that day.
Last Wednesday, a power meter reader noticed a car parked on a forestry road and she called police that evening after media coverage made her realise it was the missing man’s car, narrowing the search to Pureora Forest.
On the evening before he went missing, Carden talked to him about a conservation project in the forest to protect kokako, a rare native bird.
Wright, a well-known author, had told her it was one of about five areas he was keen to visit during their stay, but earlier searches failed to find his car because it was off the beaten track.
He had never seen a kokako and Carden believed he had set out on the 30 minute Waipapa loop track in the forest in his search.
‘‘I suspect that he saw one. It’s the obvious answer.’’
She suspected he had launched off track to follow the kokako and got lost in the old podocarp forest, despite being an experienced bushman.
His funeral will be held in Greymouth on Saturday.
What a tragedy! I worked with Les Wright in Hokitika for the Department of Conservation for some years and also with his partner Deborah Carden at Franz Josef Glacier for two years. My thoughts go out to Deborah and her family and may we keep Les's memory alive.
Posted by Bob McKerrow - Wayfarer at 06:43