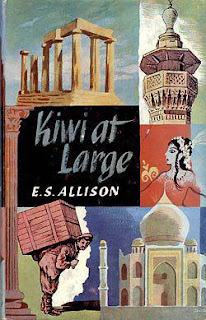 I have been travelling in the north of Sri Lanka for 4 days so didn’t get much of a chance to read emails, until today. I got one from Andrew McKie from the New Zealand Red Cross, informing me the Bill Allison is still alive. I just could not believe it for I thought he died some years ago.  Bill is 95 years of age and has been nothing short of a hero to me ever since I  heard about his exploits when I followed in his footsteps to Vietnam  with the New Zealand Red Cross, a year or so after he left.  The NZRC operated for 4 consecutive years in Vietnam from 1968 to 1971.

Bill was sent to Vietnam in 1968 to liaise with the Vietnamese Red Cross  to set up our field operation with displaced people in Binh Dinh province.

I was in the 4th New Zealand Red Cross Refugee Welfare team in 1971 and Bill had left his post in Saigon by then,  but he continued being a legend of a brave, gentle and helpful humanitarian. Then I read his books that just blew me away.

He is a very good friend of Jerry Talbot and Moya McTamney who both worked for the IFRC in Geneva.

Bill and I never overlapped so it wasn’t until 1979 that I met him in New Plymouth. We spent half a day together and I was fascinated by the stories he told me.

His two remarkable books, Kiwi Vagabond and Kiwi at Large tell a story that reads more like fiction for what he has done. This is from the dust jacket  on his book, Kiwi at Large 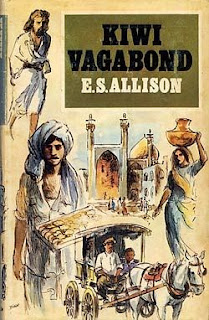 The author, a New Zealander, leaves his homeland with £80. For nearly two years he wanders alone over some 22,000 miles in twenty countries to gratify a life-long curiosity about such fabulous cities as Babylon, Isfahan and Troy; to satisfy his longing to see places where he had fought with his countrymen in the War; and to trace six people he had known then – in Egypt, Italy and in prison camp –  whose present whereabouts are uncertain.
Twice, for brief periods, he earns money, but it is insufficient for his needs. So he travels rough, in seamy third-class Indian trains, in crowded Arab coaches; on donkeys and a good deal on foot. His bed, sometimes under a tree or in a Persian stable, is more often in peasants’ cottages, in Greek monasteries, in Arab dives, in cheap hotels of shady character, in deserted ancient cities – though occasionally in wealthy homes.
His accounts of present-day experiences in Egypt, Libya, Crete and elsewhere are interspersed with recollections of battles, of “cobbers” and of capture at Belhamid, near Tobruk. In Eastern Europe he relates his adventures of today, adding memoirs of Stalag VIIIA, or escapes, and of days with the Russian Army. But whether his way leads into lost cities in Ceylon, into bawdy Baghdad lanes, along the chariot-rutted streets of ancient Mycenae or Ephesus, into Istanbul or Gallipoli or San Marino, he writes, against the backgrounds of their colourful past and present, about the men, women and incidents he meets on the way.
Outside rear dust-wrapper
Errol (Bill) Allison was born at Wyndam in the far south of New Zealand in 1918. Both his parents were New Zealand born; his father a blacksmith of direct Scottish descent, his mother of Irish and Welsh. He was educated at Wyndam Primary School and at Southland Boys’ High School, where his interests where athletics, boxing, rugby and history. He worked on sheep farms before entering Dunedin Teachers’ Training College, and then in 1939 volunteered for army service with the First Echelon of the New Zealand Expeditionary Force. 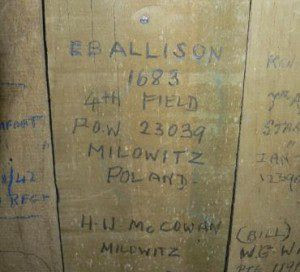 Bill's signature can be seen in the New Zealand War Museum in Waiouru
He served with the 20th Infantry Battalion in Egypt, Greece, Crete, Libya, and was known to his “cobbers” as “Fox” and “Bill”. He was captured at Belhamid, Libya, in 1941, and went from prison camps in Italy to Stalag VIIIA in Germany. After escaping twice and being recaptured, he spent some weeks in a Gestapo gaol, and eventually took the name and identity of a Belgian, Paul Pleeck, and met up with the Russians in action.
He returned to New Zealand in 1945, and taught in the country at Pleasant Valley, South Canterbury. But his restlessness and urge to travel were too strong, and he left New Zealand in 1954 to make the journey described in Kiwi at Large. He has recently been in England, living at Hemel Hempstead, where he has been writing, teaching occasionally in Hertfordshire Schools, and travelling as far north as the Shetlands.

Inside front dust-wrapper
This book is the sequel to the author’s first book Kiwi at Large. It tells of the writer’s journey from England across Europe and Asia and the Pacific to his homeland in New Zealand. He set out with £300 and travelled some 25,000 miles. It is the story of a search across the world. A search for four people who had helped him when he was an escaped prisoner of war in Poland, and a pilgrimage to many places that had intrigued him for years: a village in Sicily, ancient Ithaca, Isphahan, Persepolis, Halicarnassos, Anzac, Kabul, a mountain in Kurdistan and Mandalay.
He travelled often on foot, sometimes on mule, in Greek caiques and Burmese sampans, in Arab and Afghan lorries and he followed many old roads, from Antioch to Damascus, from Kabul to Peshawar, from Ephesus to Istanbul. And he returned for the third time to his ”other home” which is Crete. It is a story of strange coincidences: he is arrested in the same mountain village in Poland where he was arrested by German police in 1944.
Contents

Dave Homewood wrote about meeting Bill a few years ago. This is what he wrote.
On the second day I went and saw a great hero of mine, E.S. “Bill” Allison. I discovered Bill’s story a few years back when I was shown a letter he wrote, which lead me to tack down his books called Kiwi At Large and Kiwi Vagabond. Bill was a schoolteacher in the bush before the war but joined the Army in 1939 and went with the First Echelon to Egypt. He described to me the whole setting up of Maadi Camp and the local town of Maadi, etc, and the training they did and the early war situation. He then talked for about an hour about the Greece campaign which was amazing to hear, as in my opinion it’s so under rated compared with other big NZ battles like Crete, Monte Cassino and El Alamain.
Bill was made the runner to Colonel Kippenberger, so he got to see both sides of war, the front lines and the back room strateies going on. He talked about the battles and the evacuation, and then the battles in Crete that he was in. Bill then described the escape back to North Africa, and survivors leave, and then the advance in the desert. He was captured at Sidi Reseq, along with many other kiwis and he told me a little about his captivity. We’d filmed for two and a half hours at this stage and he was getting tired. He’s 92, so I was happy to break it off. I’d love to go back and record more though because he had three years as a POW.
The amazing thing about Bill that I really wanted to talk more about but didn’t get to, is after the war he  couldn’t settle down at all back in NZ. Eventually  he decided he needed to change his life. In the mid-1950′s he quit his job, sold all his things, raised about 60 pounds, and set off on a ship for Australia. Once there he walked across Aussie, then Asia, and he walked across India, onto Egypt, Greece and Crete. All the way as well as visiting tourist places like the Taj Mahal, etc.,  he also visited his own battle sites and the battlefields of ancient wars. He lived in Crete for a few months with a girl he met there and her family. He then moved on to Europe and went walking again and visited Italy (where he tracked down one of his POW guards!!) and to Poland where he crossed to the Soviet side to visit his old camp and was arrested, suspected of spying) and then to France where at the Menin Gate he bumped ino another old Kiwi digger, who was with his wife visiting his own WWI battle sites.
When he finally got to London he stayed there for about ten years working, and he wrote his first book Kiwi At Large all about his travels thus far, and his wartime memories. Bill is essentially the first guy to do the Kiwi OE budget trek across the world. He basically lived from hand to mouth, staying at monestaries which were obliged to allow him a bed and a meal, and also with people who took him in out of kindness, etc. It’s an incredible book and an amazing story. He then got itchy feet in the 1960′s and walked back home to New Zealand, visiting a few other places on the way, and that resulted in the second book, Kiwi Vagabond in the same style. He’s one of the most fascinating people I’ve met and I hope to see him again and get more on tape maybe.

The New Zealand Red Cross is planning a reunion later in the year so I hope to meet Bill there. What a remarkable life.
Posted by Bob McKerrow - Wayfarer at 06:08

Today is 14 November 2013. I went to Bills funeral today in New Plymouth. He taught me at school in the 1970s. I fully endorse the sentiments expressed about Bill. He is the type of guy who should be one of the greatest New Zealanders as listed by the New Zealand Herald or for that matter he should have been one of the holders of the New Zealand Order of Merit. I can think of no one who would deserve such honour or recognition more. He was a truly remarkable man. RIP Bill

I came across his book recently after reading an anthology of New Zealanders in WW2 BOOKS: "A Job To be Done". The book left me exhausted, it was so well written and left me with great admiration for this hero. I shed a tear for all those welcoming people he set out to re-connect wth. I will certainly read his sequal. I hope a film of his life is shot! Sincerely MikeOB

I have just read Kiwi at Large and whilst I was expecting the book to be interesting, I did not expect it to be so beautifully written. It is a tour de force, and I recommend it to anyone. I would have loved to have met Bill - may he rest in peace. A true hero and gentleman.

I have just come across a signed copy of Bill Allison's book Kiwi at Large. Bill was staying with my parents in 1961 and teaching in the same school as my Father, Adeyfield Secondary Modern in Hemel Hempstead. Inside the book he has written " To Peter and Carol - Many thanks for the meals - and for buying this book, Sincerely Bill Allison 1 - 7 -61
If anyone is interested in this book please let me know.
Regards, Roger Cox 14, Stokes Lane, Haddenham, Bucks. HP178DY