Let’s help the Philippines — but not like we helped Haiti

A smarter way to help

I've been working for the Red Cross in the Philippines since mid November and I have been conscious  that every step of the way we need to learn from past mistakes and replicate the fine models that worked so well in Gujarat, Pakistan earthquake, Pakistan floods, West Sumatra earthquake, Haiti and the Asian Tsunami.

Looking back I think this is one of the best articles I have read on lessons learned and we owe it to the affected people and the world at large, to follow up diligently. 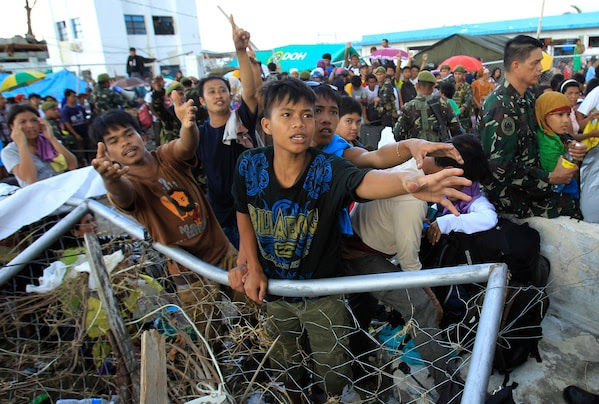 Wally Santana/Associated Press - Survivors of Typhoon Haiyan plead with military for water as they wait for an evacuation flight in the central Philippines on Nov. 14.

By Vijaya Ramachandran and Owen Barder.


Vijaya Ramachandran is a senior fellow at the Center for Global Development. Owen Barder is a senior fellow and the director of the Center for Global Development in Europe. This essay is adapted from a post they wrote on the center’s blog.
The immediate aftermath of a natural disaster, such as the typhoon that devastated part of the Philippines on Nov. 8, can bring out the best in the global community. Already we are seeing the world’s governments and citizens responding generously to appeals for aid, reaffirming our shared humanity.
The challenge is to ensure that this generosity reaches the people who desperately need it. Relief and reconstruction efforts in the Philippines have much to learn from previous mega-disasters, including, most recently, the massive earthquake in Haiti in 2010. We should help the Philippines — just not like we helped Haiti. We can, and must, help better.