Who was Saint Patrick?

Those who wish to pay homage to St Patrick on 17 March could attend a parade, don an outlandish green costume or swig a pint (or several – twice as much Guinness worldwide is consumed on St Patrick’s Day than on any other day of the year). An alternative way to celebrate the saint's legacy, however, is far more peaceful and spectacular: visiting the sites where he brought Christianity to Ireland – including mighty hilltops, vast mountains and exquisite alpine lakes. 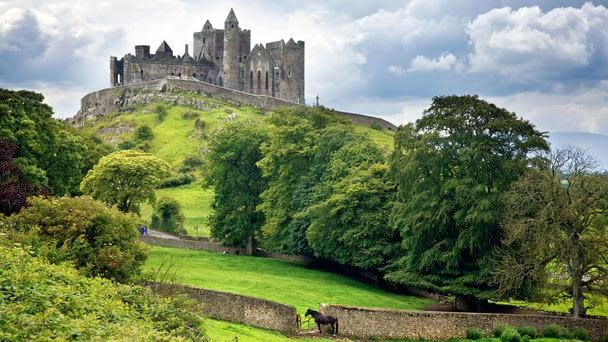 The rock of Cashel

Facts about Patrick's life and work are as misty as Ireland's mountains, and they’re mingled (or mangled) with folklore and legend. Scholars generally believe that he was born sometime around 373 AD in Roman Britain. As a 16-year-old, Patrick (Patricius in Latin) was captured by Irish raiders and sold as a slave to a druid (a Celtic priest) in today’s County Antrim in Northern Ireland, though the exact location is unknown. For the next six years, he toiled as a shepherd, developed his spirituality through prayer and became fluent in Irish.
According to his autobiographical letter Confessio, thought to have been written around 450 AD and first published in the early 9th Century (the Book of Amagh, containing the earliest copy believed to exist, is in the Library of Trinity College, Dublin), an angel appeared in a dream urging him to flee from his enslavement. After being reunited with his family in Britain, he had a divine calling to the priesthood. He trained in France and returned to Ireland as a missionary in about 433 AD. 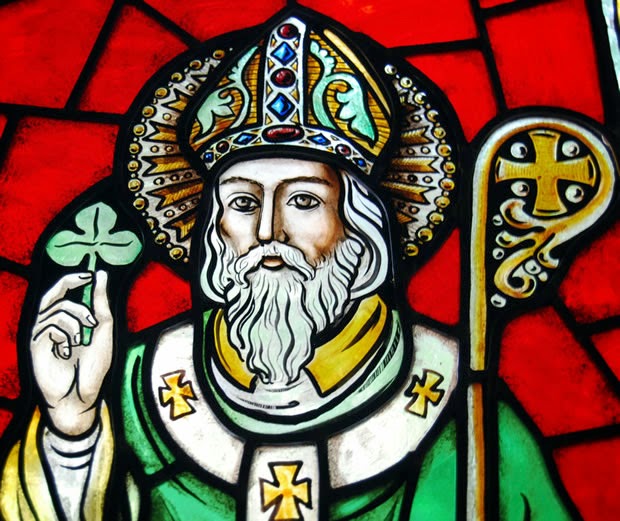 At the time, the Hill of Tara, located 43km north of Dublin in fertile County Meath, was the ceremonial capital of the High Kings. They practised Celtic paganism and believed Tara to be both the dwelling place of the gods and the gateway to the Otherworld. Today the hill, a vast green expanse rising 197m with sweeping vistas  of the surrounding countryside, remains a palpably sacred site with a wealth of remains including a Stone Age passage tomb (a narrow passage made of large stones containing multiple burial chambers) and prehistoric burial mounds up to 5,000 years old. The Heritage Ireland information centre runs 40-minute guided tours of the site and screens a 20-minute film entitled Tara, A Royal Sanctuary about the area’s impact on Ireland's Celtic history.
While it's not known when Patrick first visited Tara, he certainly saw the High Kings' power base across the valley not long after his return to Ireland. While Celtic festival fires were burning on Tara, the High Kings forbid other fires in the area. But Patrick defied convention, lighting a paschal (Easter) fire on the Hill of Slane, near today's village of Slane, located about 16km northeast of Tara. From the Hill of Tara, you can see the Hill of Slane across the valley on a clear day. High King Laoghaire and his attendants (including Erc, who later was baptised as a Christian and would become the first bishop of Slane shortly thereafter) went to confront the interloper. According to legend, Patrick plucked a shamrock from the ground, using its three leaves (and his Irish language skills) to explain the Church’s paradox of the Holy Trinity: the union of the Father, the Son and the Holy Spirit in one. Convinced by the stranger, Laoghaire agreed to let Patrick continue his missionary work. The weathered, silvery stone ruins scattered across the grassy, 158m-high Hill of Slane today include a foundational outline of a church, a round tower and a monastery associated with St Erc, and a later Norman motte and bailey on the hill's western side, built by Archembald Fleming, who came to Ireland with Henry II in 1171. Every year on Holy Saturday (the Saturday before Easter), the local parish priest lights a fire on the Hill of Slane in Patrick's honour.


Patrick's accomplishments at Slane marked only the beginning of his missionary career. He headed to another significant Celtic site, the Rock of Cashel, in the town of Cashel, County Tipperary, about 94km north of Cork, which then rivalled Tara as a centre of power in Ireland. It was here that Patrick is said to have baptised Aengus, the son of the King of Munster, in the mid-5th Century. The Rock is still sometimes referred to as St Patrick's Rock. Edged by jagged limestone outcrops, it rises from the plains just outside the town of Cashel. Its walls enclose a still-intact 12th-century round tower, 13th-century Gothic cathedral and exquisite 12th-century Romanesque chapel. In the courtyard, the stone St Patrick's cross replicates the worn original in the Rock of Cashel's 15th-century Hall of the Vicars Choral, which was built to house the cathedral's male choristers.
Ireland's “holiest mountain”, Croagh Patrick, aka “The Reek” — a soaring 765m-high, conical mountain near Westport, County Mayo — was already a place of Celtic pilgrimage to celebrate the beginning of the harvest season when Patrick arrived. Around 441 BC, he reputedly took a 40km route from County Mayo’s Ballintubber Abbey to Croagh Patrick via the pathway Tóchar Phádraig (Patrick’s Causeway), and fasted atop the mountain for 40 days and nights during Lent. On the last Sunday of July (Reek Sunday), devout pilgrims follow his original route, traditionally without shoes. Mass is celebrated at the modern-day chapel at the top of the mountain. Otherwise, any time of year, hikers can start the two-hour climb from the base of the mountain to the summit in the village of Murrisk, next to the visitor centre Teach na Miasa. The views over picturesque Clew Bay, which is dotted with 365 islands, are dazzling, especially at sunset. Those less trekking-inclined can contemplate Croagh Patrick aboard an idyllic cruise around the bay with companies such as Clewbay Cruises, whose 90-minute cruises also take in seal colonies and unspoilt sand dunes.
Croagh Patrick is just one of several places where St Patrick is famously claimed to have banished snakes from Ireland, chasing them into the sea during his mountaintop fast. Another is the Serpent’s Lake, in the Gap of Dunloe. Located just outside of Killarney National Park in County Kerry, the lake is where Patrick is alleged to have tricked and imprisoned the last of Ireland’s snakes in a chest – then thrown the them into the waters. The Gap — a glorious mountain pass with crystal-clear streams, rugged peaks and wildflowers — is best explored by walking, cycling, or, most atmospherically, jaunting car (horse and cart) with entertaining commentary from a jarvey (driver). At the northern end, the landmark 19th-century pub Kate Kearney's Cottage, still owned by Kate Kearney’s descendants, is a great resource for information on the area. (Of course, it is now widely accepted that there never were any snakes in Ireland in the first place, and that the legends surrounding Patrick's exploits are symbolic of eliminating pagan culture.)
Patrick spent some 30 years spreading the Gospel and founding churches and monasteries, eventually becoming the first bishop of Armagh, Primate of All Ireland toward the end of his life. He retired to what is now County Down, where it is believed he died in 461 AD on 17 March — hence his feast day — in Downpatrick. He is said to be buried in the grounds of the 12th-century Down Cathedral.
Below St Patrick's alleged burial site, the enlightening, highly interactive Saint Patrick Centre is the only dedicated exhibition centre in the world dedicated to Ireland's patron saint. The centre makes an ideal starting — or ending — point for discovering other St Patrick sites throughout the Emerald Isle.
Thanks to the BBC travel section for permission to run this article.