Genghis Khan was father to thousands of children

Over many years while living in Central Asia, including Afghanistan and Persia new research shows he could lay claim to being the most prolific lover the world has ever seen.

Seven hundred years ago, a man almost conquered the Earth. He made himself master of half the known world, and inspired mankind with a fear that lasted for generations.
"In the course of his life he was given many names - Mighty Manslayer, Scourge of God, Perfect Warrior. He is better known to us as Genghis Khan."
So begins Harold Lamb's 1927 book Genghis Khan: Emperor Of All Men, which - 80 years after its publication - remains the best-selling history on the Mongolian warlord. 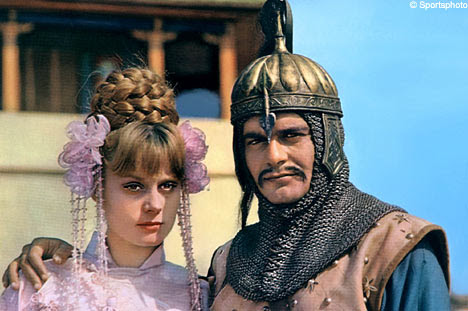 Thanks to Chris Hudson of the Daily Telegraph for permission to run this article.