The lyrical life of Desmond Doig 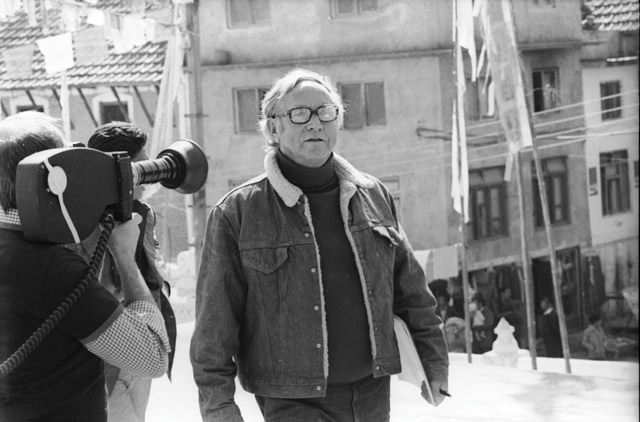 The flowers in the Shangrila Hotel garden in Lazimpat were newly planted, and the trees still small and immature. I sensed Desmond's arrival without turning in my chair – the air was charged with energy as he swept onto the lawn with a posse of acolytes and armfuls of architectural drawings. Desmond was never one to travel alone. “Hello, la. What a glorious day!” he called to me, before issuing instructions with much arm waving to those in his wake.

Although his name may no longer be a household word in Kathmandu and Kolkata - “Cal” as he called it - his lyrical influenceand ringing enthusiasm still reverberates. Desmond was an editor, writer, painter, designer, photographer, expeditioner and conservationist – a Renaissance man, although more accurately a Kathmandu everyman. After he retired here in the late 1970s, his passion for the Valley’s magic never failed to inspire us, and he delighted in its vibrant living artistry and people – the “ethnic mosaic” and “crucible of culture” to use his own words.

Born of Anglo Irish parents in India, Desmond studied in Kurseong, served with the Gurkhas in WWII, and made his name as a reporter with The Statesman. His weekly Artist’s Impressions series captured Calcutta’s fast-vanishing old buildings and monuments before they disappeared forever. As founding editor of The Junior Statesman, a cult youth magazine of yesteryear known as just JS, he hired a team of legendary journos including Jug Suraiya and Dubby Bhagat. He was first to bring the world’s attention to an obscure Albanian nun named Mother Teresa, and with his friend Sir Edmund Hillary pursued a 1963 quest for the yeti in the high Himalaya.

Desmond’s sure taste and design style can still be enjoyed in the oasis gardens of the Malla and Shangrila hotels that he landscaped, and the original concept of the Shangrila Hotel reflects his legacy. His poetic watercolours and delicate drawings decorate the walls of many Kathmandu homes, including my own, presenting the verdant Valley that he loved so intensely and recalling altogether more innocent times. I also have the only known oil that Desmond ever painted, a portrait of me in 1980 adorned with enigmatic griffin imagery.

Once ensconced in the cosy, chaotic Panipokhari house opposite the then-American Embassy, Desmond’s myriad talents seemed to blossom in the sparkling air of his beloved “emerald valley”. Kakani and Tiger Tops were occasional escapes, but mainly Desmond was hard to extract from his home. His book titles show the whimsical nature of his attachment: Look Back in Wonder, In the Kingdom of the Gods, and My Kind of Kathmandu, the volume that his best friend Dubby Bhagat faithfully produced to honour his memory, and which many moons ago they entrusted me with the grave responsibility of delivering the suitcase of original watercolours to his London publisher.

Desmond’s friendships ranged through Himalayan royalty to the most humble of artists and artisans. He was unfailing in his encouragement of the young and talented. Occasionally he would take time out to commentate a movie or help me with a special event. He persuaded his protégé Yeshe Tshering (now my brother-in-law) to be the Great Khan with Hollywood actor Michael York as Marco Polo for a rather dubious commercial. (“How did you get here, Marco Polo?” “In a way, Great Khan, that you can never imagine. On Cathay Pacific Airlines!”)

It was Desmond’s idea to arrange the first lamp-lit al fresco dinner in Bhaktapur’s Nyatapola Square to celebrate travel pioneer Lars-Eric Lindblad’s birthday.One of his best stories was taking a group of posh Brits on a sightseeing tour of Kathmandu. As the bus paused in the heart of Durbar Square, a fruity voice rang out disapprovingly from the back seat: “Awful lot of people hanging around doing nothing!”

Desmond’s eclectic dinners usually featured Burmese curries with coconut, peels of laughter, and conversation resounding with tales of historic Himalayan personalities – imitations of Sikkim queen Hope Cook’s voice were a speciality. He loved rural picnics and special occasions, and contributed the“From Ballet to Belly” cake at Boris Lisanevich’s 75th birthday party. The then-British Ambassador was a particular favourite, memorable for his vague demeanour and fondness for gin-and-tonics, and for the lunch when he mistook a poached egg starter for “lovely fish”. Dubby and I were still laughing about “lovely fish” last time we met.
Posted by Bob McKerrow - Wayfarer at 15:08

How to bet on pesapallo in 2018 | The basics for newbies. Read more here.