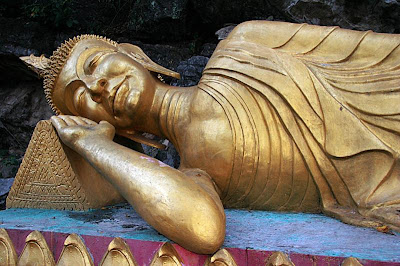 Hadn’t heard that phrase for a while
”It’s OK mate, she’ll be right”
He said with a broad Maori smile
“Should be home t’murra night.”

Bangkok is like a porcelain shop
After Afghanistan, and I wonder
If they will break like China dolls
If I touch them

The Kalashnikovs are quiet here
Russian, not Chinese, like the dolls
Under the pacific shadow of Buddhism
But in Kabul the rockets reign
And women hide under Burkha
Then the next day its mini-skirts in Bangkok

In my last post I mentioned I have just returned from Bangkok and that the first time I went there was in 1975. The most profound effect Bangkok had on me when I passed through in late 1995 after two years in Afghanistan. After the bloodshed and killing I experienced in Afghanistan, Bangkok was so calm. The poem above was written to compare Afghanistan to Bangkok at that tragic juncture in time. Interestingly, Buddhism reached Afghanistan long before it reached Thailand. The dichotomies of this world puzzle me and poetry is the only way I can express it
Posted by Bob McKerrow - Wayfarer at 05:29

Email ThisBlogThis!Share to TwitterShare to FacebookShare to Pinterest
Labels: Bangkok and Afghanistan

Yes I see the dichotomous situations in the rich imagery and the cultural comparisons in your Open Form Poem.

They are very profound indeed. You have done a fantastic job in letting your creative juices flow so well. Most enjoyable read. Thank you very much for sharing your artistry.