As the Philippine Red Cross, supported by its movement partners,  begins to steadily roll out is massive recovery operation the Chairman Richard Gordon reminded us this week of  the upcoming  6 months anniversary since Typhoon Haiyan (Yolanda) made land fall and World Red Cross Day, which both fall on 8th May.
The Red Cross Red Crescent Movement event is planned for the 5th May in Manila and a joint event humanitarian partners event hosted by the UN, in Tacloban, is scheduled for 7th May.
Chapters will also host events according to local preferences, based on the package of material provided from headquarters and customised to represent local activities and partners present in that location. 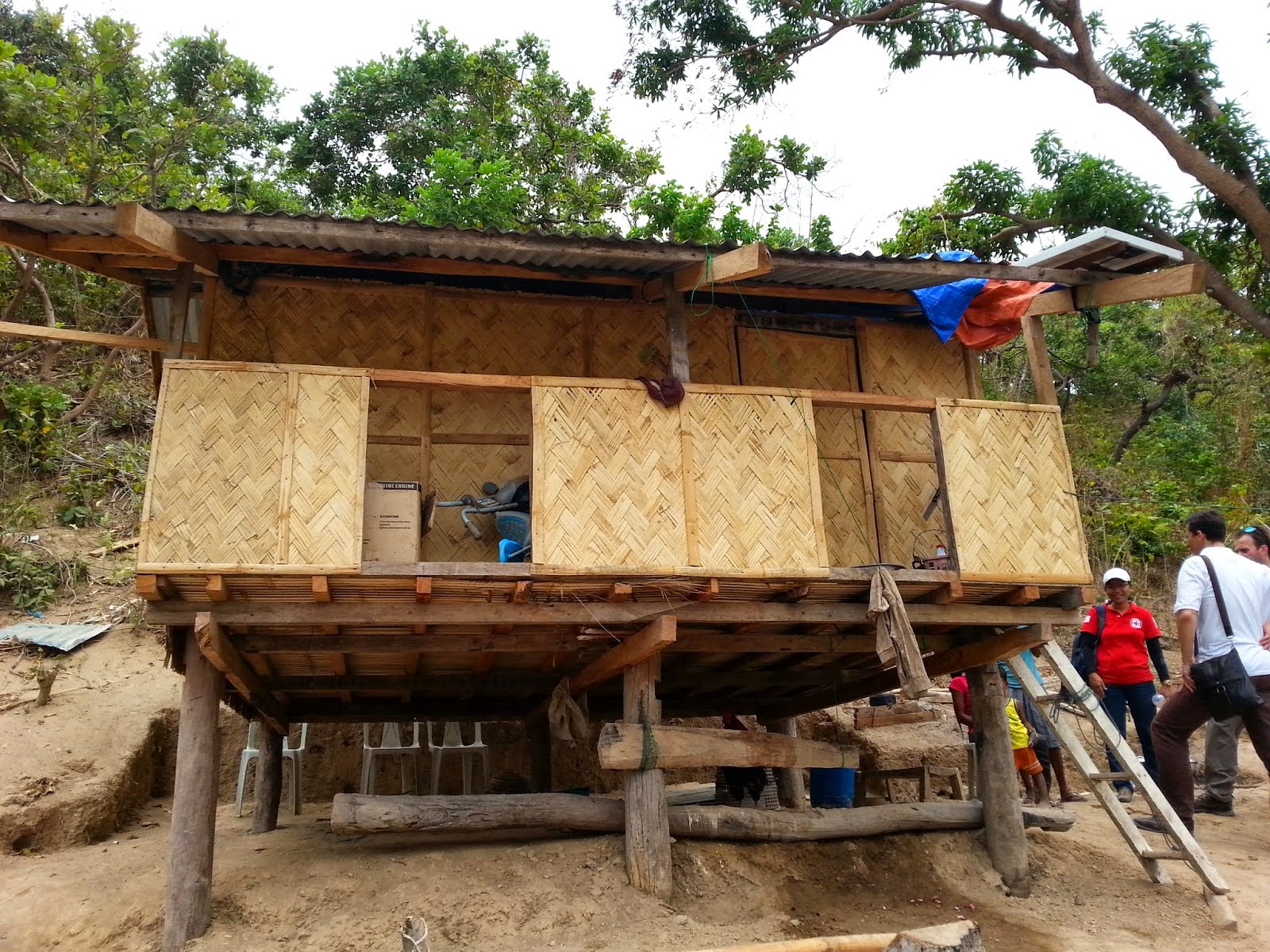 One of many thousands of houses that have been built by families who have received CGI sheeting, shelter kits and cash from the Philippine Red Cross. This was a house we visited last week in Malawig, Busuanga, Palawan. Photo: Bob McKerrow Swiss Red Cross

Chairman Gordon encouraged his Red Cross partners to ”mesh science with results, giving the example of fish depopulation in Leyte meaning some livelihood options for coastal people are not immediately viable.”
Chairman Gordon (pictured below) also commented positively in regard to Movement Coordination to date, stating that it had been perfect, with theatres of operation for the different Movement components being established right away. 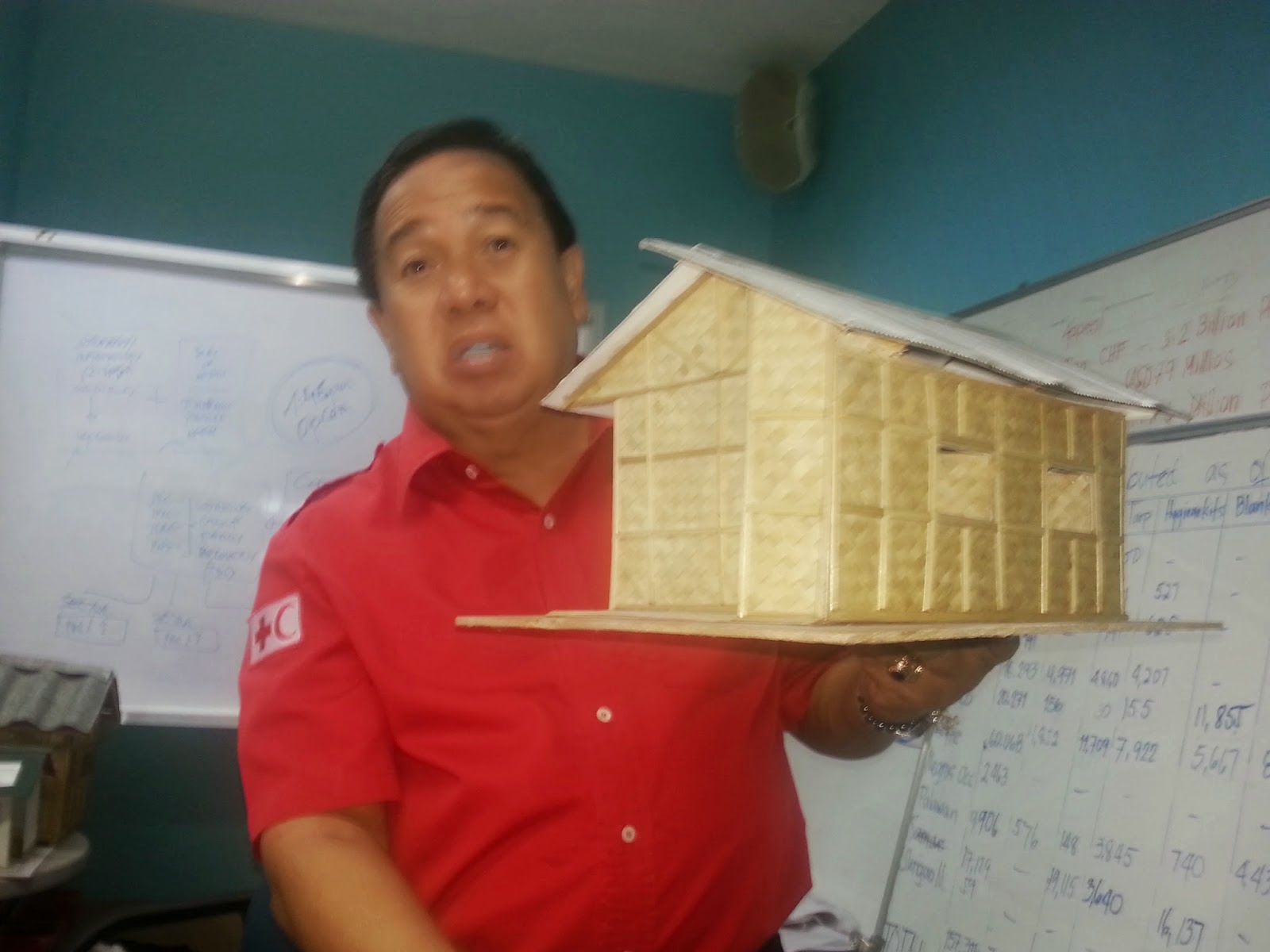 His key messages were self help, self reliance and cooperating with each other as essential attributes of the operation and noted that for the Haiyan operation lessons have been learned from Haiti, leading to a smoother and faster operation in the Philippines.    It was also noted that the Haiyan Operation was faster than the Pablo or Bopha responses in the Philippines.
Posted by Bob McKerrow - Wayfarer at 21:13