The Silk Roads - The New History of the World.

Are you fed up with reading history of the world from a Eurocentric perspective? I am thoroughly enjoying The Silk Roads - A new history of the world.by Peter Frankopan. I was in Delhi a few weeks ago and discovered this book at Bahrisons in Khan Market.
The sun is setting on the Western world. Slowly but surely, the direction in which the world spins has reversed: where for the last five centuries the globe turned westwards on its axis, it now turns to the east…
For centuries, fame and fortune was to be found in the west – in the New World of the Americas. Today, it is the east which calls out to those in search of adventure and riches. The region stretching from eastern Europe and sweeping right across Central Asia deep into China and India, is taking centre stage in international politics, commerce and culture – and is shaping the modern world. 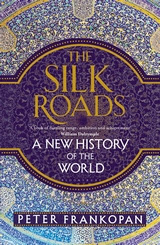 This region, the true centre of the earth, is obscure to many in the English-speaking world. Yet this is where civilization itself began, where the world's great religions were born and took root. The Silk Roads were no exotic series of connections, but networks that linked continents and oceans together. Along them flowed ideas, goods, disease and death. This was where empires were won – and where they were lost. As a new era emerges, the patterns of exchange are mirroring those that have criss-crossed Asia for millennia. The Silk Roads are rising again.
A major reassessment of world history, The Silk Roads is an important account of the forces that have shaped the global economy and the political renaissance in the re-emerging east.

Here is a wonderful review by in the Telegraph by
Why do we travel? It is a question asked by historians, neuroscientists and anthropologists alike. Why are we driven, physically, intellectually and emotionally, to reach out beyond the horizon toward the unknown; to explore, connect and communicate? That query motivates Peter Frankopan’s splendid study, from prehistory to the present, of the Silk Roads: “the axis on which the world spun”.
The plural is important. Historically, the Silk Roads were a network, not a single highway. The geographical centre of this narrative is Asia Minor, Central Asia, the Caucasus, China and the Middle East; territories that met, traded with and domineered one another along arterial routes of communication. Frankopan freely admits to a boyhood enthusiasm for the region, a zone that for all its centrality remains suspiciously exotic on our world maps. 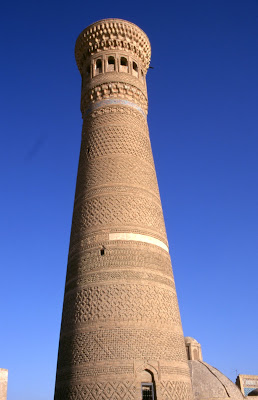 Now director of the Centre for Byzantine Research at Oxford, Frankopan has a pressing reason to promote the Silk Roads’ history from cultural relegation. How shamefully we in the West have been caught in the 20th and early 21st centuries with our strategic trousers around our ankles, dunderheadedly failing to remember why the map of the Middle East is drawn with such straight lines. Our ancestors would have been horrified by today’s wilful ignorance. Ancient reports of the region (studded, admittedly, with some fantastical nonsense) would put many modern memos to shame. Tellingly, Frankopan includes some recently released diplomatic cables and US political briefings describing Afghanistan, Iraq and Iran that are cringingly callow, and exemplify the danger of living in what the late historian Eric Hobsbawm called the “permanent present”, ignorant of our past. 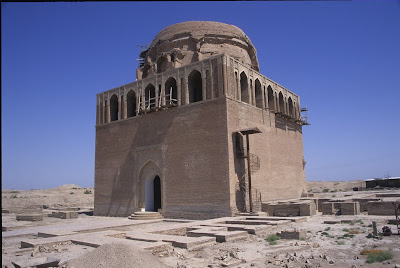 Frankopan’s study, subtitled “A New History of the World”, reminds us that one-way systems are a recent invention. Traffic – physically and culturally – typically runs two ways, and certainly did along the Silk Roads. The third century BC Indian emperor Ashoka, whose life was transformed by the Buddha, issued an edict in Aramaic with a parallel Greek translation. In the sixth century AD, a Chinese noble was buried with a silver ewer depicting the Trojan war. It was Chinese cloth “of inestimable value” that was draped in the early 12th century over the Ka’aba, Islam’s most sacred site, in Mecca. The descendants of slaves, trafficked along the Silk Roads, became the powerful Mameluke rulers of Egypt. The ferocious Ghaznavid and Seljuk empires, too, were established by Turkic slave-soldiers. It is heart-rending now to read a Chinese traveller’s description of a tranquil Syria in the seventh century AD: “Brigands and robbers are unknown, the people enjoy happiness and peace. None but illustrious laws prevail…” 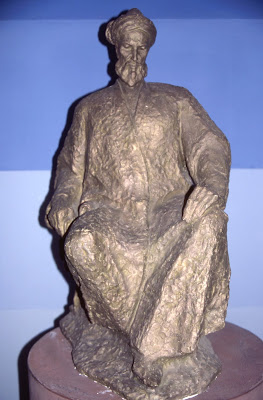 We do history and the human experience a disservice if we follow a linear, teleological narrative through time, imagining it to be unidirectional or neatly boxed. Across time and space we are all connected; we all rise and fall. Globalisation might be voguish, but it is not new.
Frankopan tames this bear of an intercontinental narrative by ordering his chapters as a series of ideas: The Road of Gold, The Road to Hell, and so forth. Throughout, he relies on tight economic analysis: silk was, after all, not simply a luxury good but an international currency, too. The environmental impact of the silk trade is also intelligently explored – he raises new evidence, drawn from the polar ice caps, that the fall of Rome caused pollution levels to drop as smelting works across its empire fell into disuse.
Recognising that the fringes of a cloth are as interesting as its fabric, Frankopan also spins off on to the threads of social history. The Black Death, for instance, had an impact on attitudes to fertility. Young women, newly empowered by social upheaval, could choose not to marry. Anna Bijns, an Antwerp schoolteacher, wrote in verse: “Unyoked is best! Happy the woman without a man!” The Silk Roads is peppered with other memorable details: in Venetian dialect, for instance, the word “ciao” originally meant “I am your slave”, while the conical hennin hat worn by European women from the 1430s directly imitated high fashion at the Mongol court.
Underlying the tightly researched history is a grander human truth. As a species, we are motivated by stories. The Silk Roads themselves are as much an idea as a reality: the term Seidenstrasse was only coined just over a century ago, by Ferdinand von Richthofen, the German geologist (and uncle of the First World War fighter ace). But continuous generations have told stories about these places, before the term Silk Road was coined.
In antiquity, the Caucasus seemed a place of both promise and punishment – it was there that Jason sought the Golden Fleece, there that Prometheus was chained to the rocks. Medieval populations believed that Gog and Magog, the scourges of Israel prophesied in the Old Testament, had been locked up behind iron gates in the Caucasus by Alexander the Great.
Many of these Silk Road yarns are an enjoyable cultural mash-up. Despite the fact that our own focus has often been damagingly parochial or focused on Greco-Roman antiquity, the East has long been woven through our national narrative. King Offa printed cod Arabic on one of his gold coins. During the 13th century, far-off Tartar ferocity in the Baltic interrupted the brisk herring trade, leaving the fish heaped up and unsold in British ports. Through Frankopan’s lens, even the Renaissance becomes less of a rebirth, more of a borrowing from the East. The glories of Greece and Rome, with which the johnny-come-lately civilisations of Western Europe associated themselves, had particularly flourished in the eastern Mediterranean, Anatolia and North Africa. The Silk Roads reminds us we are bit players in a grander drama; presenting the rise of the West as uninterrupted and inevitable is dangerously delusional.
This invigorating and profound book has enough storytelling to excite the reader and enough fresh scholarship to satisfy the intellect. My single cavil is that it could perhaps have described the physical reality of the Silk Roads themselves, many of which still exist, either as buzzing modern trade routes or archaeological remains. Maybe Frankopan will coax readers to step out on their own voyages of discovery, autodidacts walking the Silk Roads with their minds in both past and present.
To return to that question – why do we travel? Neuroscientists think they have the answer: our minds crave disturbance. It seems the brain works at its best when confronted with new experiences that fire up our synapses – travel may, truly, be mind-expanding. Our challenge as a species would seem to be to work out how we can experience the new without trampling on what has gone before. This epic book traces the cycle of human creation and destruction along the Silk Roads, now rich in billions of dollars’ worth of oil, minerals and labour. We must learn to pass along them without glancing greedily from side to side to gauge what we can gain. One alternative is to travel in the privacy of our own minds – an opportunity this charismatic and essential book amply provides.
Dr Bettany Hughes is writing a history of Istanbul. Her philosophy series Genius of the Ancient World is currently showing on BBC Four
Posted by Bob McKerrow - Wayfarer at 05:01

Email ThisBlogThis!Share to TwitterShare to FacebookShare to Pinterest
Labels: Bloomsbury, New histor of the world, Peter Frankopan, The new history of the world, The silk roads