Buddha's birthday - the fool who cannot find the path

The path in the Himalaya 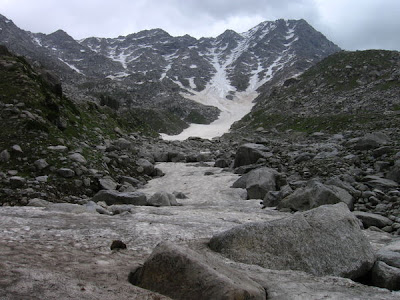 Yesterday afternoon I returned from Yogyakarta, where there are famous Buddhist and Hindu sites.

Today it's a national holiday in Indonesia as we celebrate the birth of Buddha so I cannot think of a more appropriate subject to write on.

This year I travelled extensively in the Himalayas and was so often reminded of one of Buddha Shakyamuni's sayings:

To a wayfarer like me who has been to Lumbini where he was born, and Buddhagaya where he found enlightenment, I find his teachings inspirational. Over the years I have been to Dharamsala a number of times to hear the Dalai Lama give teachings. 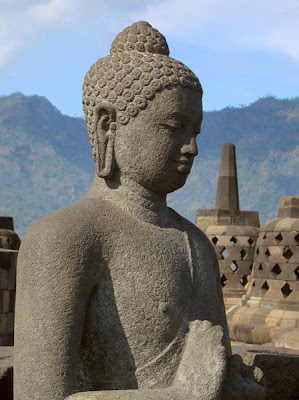 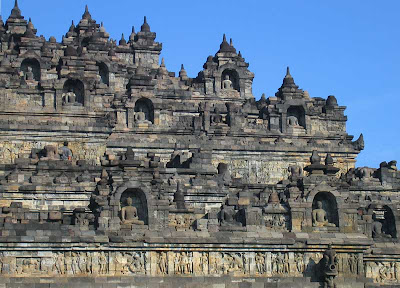 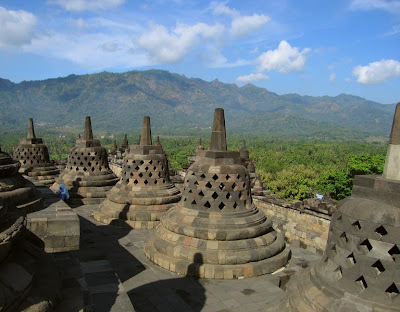 The Birth of the Bodhisatta.
On a full-moon day in the month of May (Visakha) 2600 years ago was born a Prince named Siddhattha. His birth took place at Lumbini (modern Rumindei in Nepal), where his mother Mahamaya, the chief queen consort of King Suddhodana of Kapilavatthu, rested with her royal retinue, on her way to her parental home in Devadaha. In the picture Queen Mahamaya stands under a flowering sala tree holding on to one of its branches. 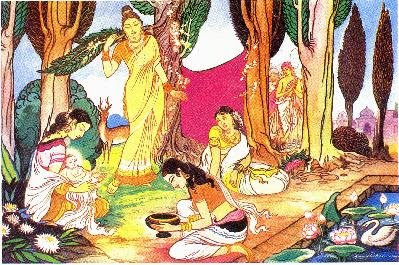 Enlightenment.
Discarding both extremes of luxurious living and self mortification, the Bodhisatta Prince chooses the Middle Path of moderation based on the practice of virtue (sila), concentration of the mind (samadhi), and the intensive analysis of all psycho-physical phenomena that finally leads to full understanding of things as they really are (panna). Seated under the Bodhi-tree at Buddhagaya he attains Samma Smabodhi and becomes the Supreme Buddha. 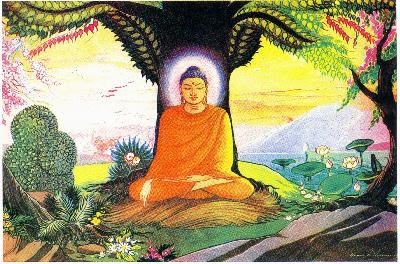 This year when I was walking in the Himalaya with by long time friend Richy Ram who is a Hindu but has a full understanding of Buddhism, I told him "I wanted to go to Dharamsala in a few days time to hear the Dalia Lama give some teachings on Buddha." He replied wisely, "there is no need for you to go to hear the Dalai Lama, because he will tell you that God is within you. " He continued, " keep walking on the path and see God's creation, it is within you and outside of you."

Up until that moment I think I was the fool who could not find the path.

Love it. Look without and you see Look within and you find all the answers.
I recognise these pictures. My brother travelled for about 18 months in Azie and Australia and went to all islands in Indonesia. He also went to Daramsala and gave the Dalai Lama a hand and got a prayer cord or something from him. He found him very impressive. He is a great spirit.

Happy Buddah's Birthday Bob!
Enjoyed the post and photos, more food for thought on the Journey. Hope you are having a good week. I am looking forward to Friday, our anniversary, the boys stashed at the grand parents, our busy lives brought together for a few moments, should be a good evening! Kia ora Bob.
Rangimarie,
Robb

I admire you, that's a beutiful country, in a few years iwant to go there and find peace, realex, and of course find my self. Thanks a lot for charing this worderful experience

Amazing pictures, I hope one day I can travel to this country.

My friend recommended to this blog.... you have some awesome articles shear. keep it up the great work