Gurney's at it again 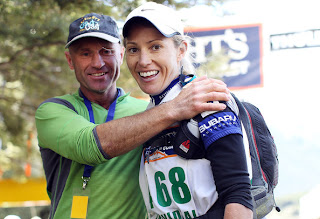 Former champion Steve Gurney congratulates his girlfriend Clare Brockett of Christchurch on day one of the Speight's Coast to Coast on February 12, 2010 in Greymouth, New Zealand.

Gooney as I first knew him, is an amazing tri athlete and adventurer. He was quite an up and coming mountaineer in the late 80's, and I remember his in his first Coast to Coast race with a cycling helmet with two eyes on 10 inch long springs.

We were on stage together in Aucland in 1990 with his race-winning cycle and pod, and recommended to a large audience we start a new national triathlon body, called F.A.R.T, the Federated Association of Recreational Triathletes

Now Steve Gurney is after another world record, Burt Munroe style, as he and four other Kiwi kite-buggy enthusiasts head to Las Vegas to try to break a land-speed record. If Gurney can keep his hands out of the cassinoes there, I would bet my last dollar he will come home with a world record, a la Bert Munroe. Like Burt, Steve is a mad inventor. 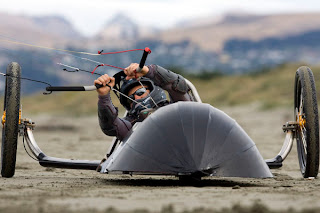 Steve Gurney has teamed up with Peter Lynn, who invented the kite-buggy 20 years ago, and Craig Hansen, Matt Bedford and Gavin Mulvey.

They will fly to the United States this weekend to compete in the North American Buggy Expo (NABX) and attempt a world speed record.
The world kite-buggy record is 127kmh.

Gurney said team members had adopted a "Burt Munro attitude" – made famous in the film about the Southland motorcyclist, The World's Fastest Indian – with a "backyard invention" they designed and built. 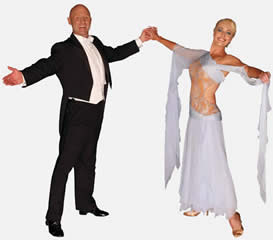 Steve Gurney in Dancing with the Stars

"Our thinking is Burt Munro-style. We're taking on the Dutch and the US. They know a lot about wind and have a lot more resources," he said.

"We're just inventing as we go."

Last September, Hansen and Gurney , along with Australians Geoff Wilson and Garth Freeman, became the first group to attempt a crossing of the Sahara Desert by kite-buggy and the first to travel by kite-buggy for more than 1000 kilometres.

During the crossing, Gurney was thrown from his buggy face-first into a rock. He suffered concussion, an injured shoulder, a burst eardrum and severe swelling to an eye socket and face.

Gurney said his shoulder "still isn't right" but he would leave for Las Vegas on Sunday regardless.

There would be no rocks at the Ivanpar Lake Bed near Las Vegas, where the NABX would be held. "The terrain is a bit like the salt flats, but instead of salt it's a dried-up mud lake – hard with a sandpaper surface," Gurney said.

Hansen said the team had a good chance of breaking the record.

"If our homework's correct, our machine is technically superior and nobody will be able to go as fast as us," he said.

Gurney said this trip would be a "continuation" of the adventure started in the Sahara, but this time the team would aim for speed, not endurance.

"In the Sahara we used buggies built tough like quadbikes. They would only get up to 60kmh before they started to wobble," he said. "The speed-buggy has a much longer wheelbase, is wider and only about two centimetres off the ground."

Great thoughts you got there, believe I may possibly try just some of it throughout my daily life.

I love bobmckerrow.blogspot.com! Here I always find a lot of helpful information for myself. Thanks you for your work.
Webmaster of http://loveepicentre.com and http://movieszone.eu
Best regards