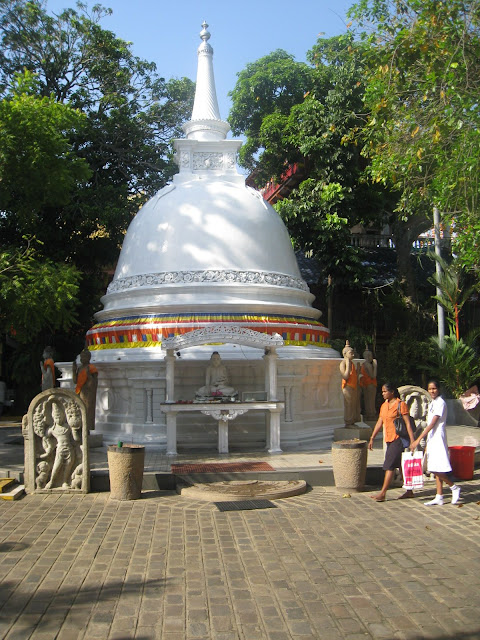 In the grounds of the temple.
Photo: Bob McKerrow
This morning I went for walk in Colombo and managed to find  the Gangarama temple. The Tsunami relief and recovery operation has been my life for five a half years and I was curious to see the work the temple had done to provide a home and family for children orphaned by the Tsunami in 2004. 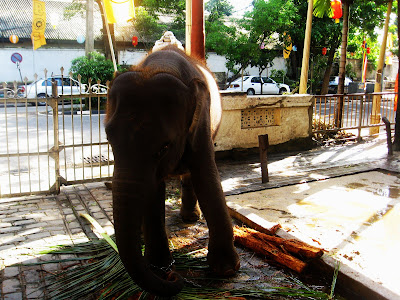 Gangaramaya Buddhist Temple Colombo is located in 61 Sri Jinaratana Road of the capital city of Sri Lanka. Throughout the year a huge number of devotees from around the globe come to the largest temple of Colombo. This temple has several statues of Buddha. The Gangaramaya Buddhist Temple in Colombo not only is a place of worship, but is also a recognized learning center. A residential hall, a museum and education rooms are found in the temple premises. This temple also has a wide collection of souvenirs of Lord Buddha. Colombo Gangaramaya Buddhist Temple has made several efforts to console the victims of the devastating tsunamis that struck Sri Lanka in 2004. After the natural disaster, the Podi Hamuduruwo (High Priest) decided upon a flower procession. For this event they collected a huge amount of money, from which, a particular amount was used for giving shelter to the tsunami victims. Today I had a chance to see some of the young girls studying in the traquil courtyard and say appeared to be well settled, and happy. 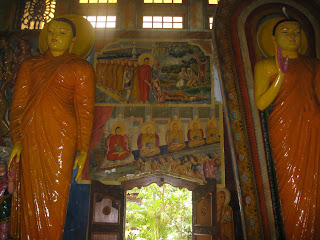 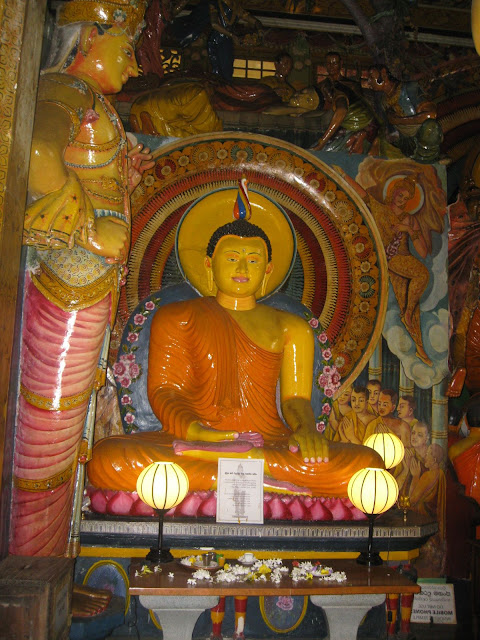 Some of the wonderful images inside the temple. Photo: Bob McKerrow

Another reason for visiting this temple is to continue visiting places holy to
Buddhists as I started a pilgramage in 1975 to Lumbini, the place where Queen Mayadevi is said to have given birth to Siddhartha Gautama, who as the Buddha Gautama founded the Buddhist tradition. The Buddha lived between roughly 563 and 483 BCE. Lumbini is one of four magnets for pilgrimage that sprang up in places pivotal to the life of the Buddha, the others being at Kushinagar, Bodh Gaya, and Sarnath.

Some years back I visited Bodh Gaya or Bodhgaya  a religious place in Gaya district in the Indian state of Bihar. It is famous for being the place of Gautama Buddha's attainment of nirvana (Enlightenment).

Many of us are searching for the truth and enlightenment and the journey is often more interesting than the end, if there ever is an end. 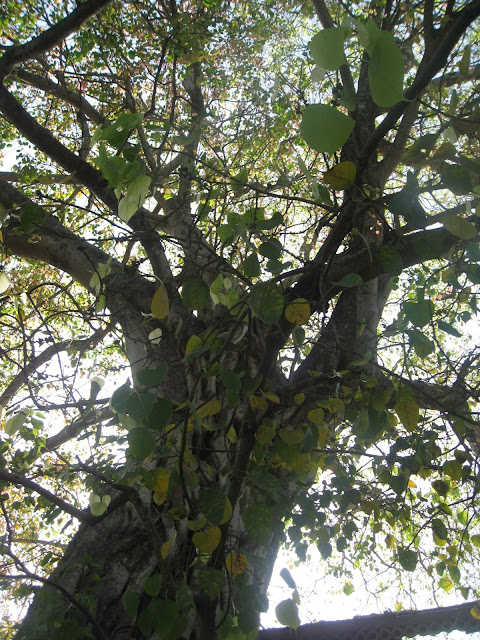 A very old bodhi tree claimed to be planted from an shoot of a 2,500 year old tree that Lord Buddha planted himself in Sri Lanka. Photo: Bob McKerrow. 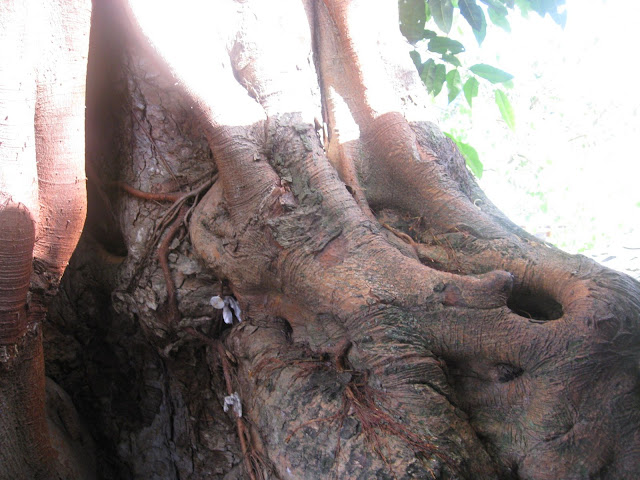 Near the base of this old tree, is a root that takes the shape of a human foot. Photo: Bob McKerrow

So sorry for the long time away. I am back feeling much better today. Reading this blog was quite informative such rich culture just awesome. Thank you very much for sharing your experiences and the work of caring people.

I missed you and I am so happy to see you back. I hope nothing has gone wrong ?

Sri Lanka is a beautiful country and i am happy to be back.

Kia ora Bob,
As always good to tag along on your journey. A nasty day up here in the Naki, but the mountain was beautiful and glistening yesterday.
Cheers,
Robb

images of the holy buddha are excellent

I'm afraid that some facts you mentioning are extremely lies. There is no Bodhi tree anywhere of the world recorded as planted by Buddha himself. The seating Buddha statue is not the Gangaramaya's Buddha statue. Unfortunately your data mislead people. Dilip-Sri Lanka

Actually I found Buddha statue shown here is a mirror effect. The real statue is to the other mirror side. That means the right hand is shown the 'touching the ground' posture. This may be a creative work but with awkward effect concerning a Buddha statue. The sculptures have made use some rules with respect. Dilip-Sri Lanka.