What a night of colour, pageantry, gallantry, sport, pomp and just plain fun. The crowd started gathering at the Galle Face Hotel in Colombo, Sri Lanka, at 5.15 last night to witness the historic Cannon Ball Run 2011.
They were impatiently waiting to see two female Ambassadors competing against each other to contest the coverted 2011 Cannon Ball Run. It was serious stuff. As the Master of Ceremonies said, “ No one will remember the secoind place getter." 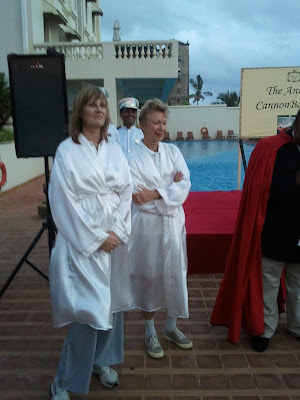 
After the band played, the two contestant paraded like boxers in their gowns, to be read the rules. They were the Ambassadors from Norway and France, two charming women with outstanding diplomatic skills. But who would win the crowd was speculating?

The Galle Face Hotel established in the year 1864, before its turn around into being what it is a world renowned hotel that has stood the "Test of Time" has a recorded memorable incident. The British Garrison occupied the building at that time in 1840 when British Military practice went awry. A cannonball misfired on a particularly wild monsoon day and all 30 pounds of it were drawn hit on the roof of the villa where it landed on the "squared chunam and terra-cotta floor leaving a heavy dent where it rolled under a chair and remained".


This canon ball is still preserved at the "Regency Wing" where it is housed as the center of attraction. In memory of the "infamous incident" an annual event is held where members of the diplomatic community, the corporate the bankers’ the ones is the field of film, Drama and entertainment sports personalities, the glitterati and the literati are in attendance to enjoy and witness this event. 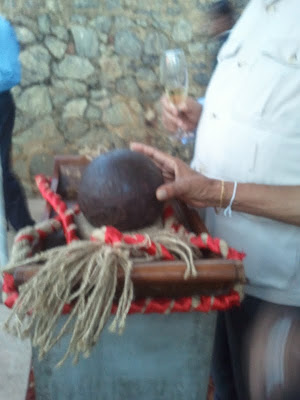 This is what the race is all about, the legendary cannon ball. 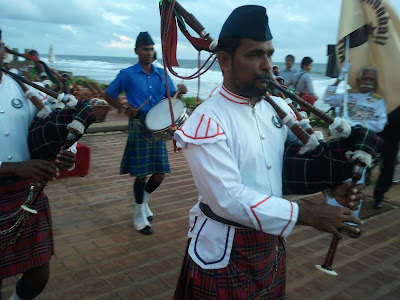 Then a pipe band marched them off to the start line. I walked with the Russian Ambassador Vladimir Mikhalov, who last year competed against the Maldivian Ambassador and won. A waiter gave me a glass of Pimms. 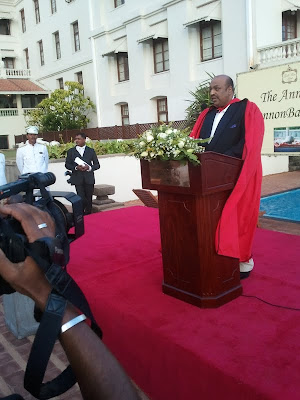 The Master of Ceremonies graced this solemn ocassion with an impeccable English accent and wearing a beautiful red cloak. 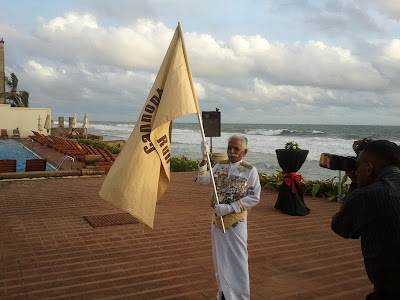 Flags were everywhere and all spectators carried either a Norwegian or French flag. remembering the 'Rainbow Warrior' event in New Zealand, I carried the Norwegian flag. Some fence-sitters carried two flags.
And the winner...... 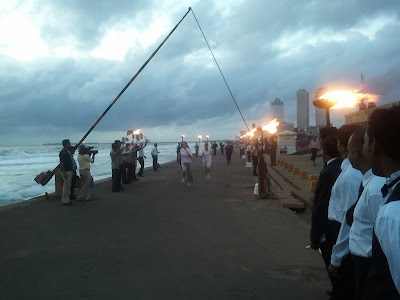 As they entered the gates of the Galle Face the two Ambassadors were neck and neck. But ten mteres from the finish, Hilde Haraldstad put on a Lillehammer sprint to win the contest.
The night had only just begun. Huge tables of food were put out and the wine, whiskey, beer and coctails flowed. Old freiendships were renewed, and new friendships started. This must be the event of the year.
Thanks to Mr. Sanjeev Gardiner, the Group Chairman of The Galle Face Hotel management Company and his board and staff for what I consider is the best event of the year in Colombo. 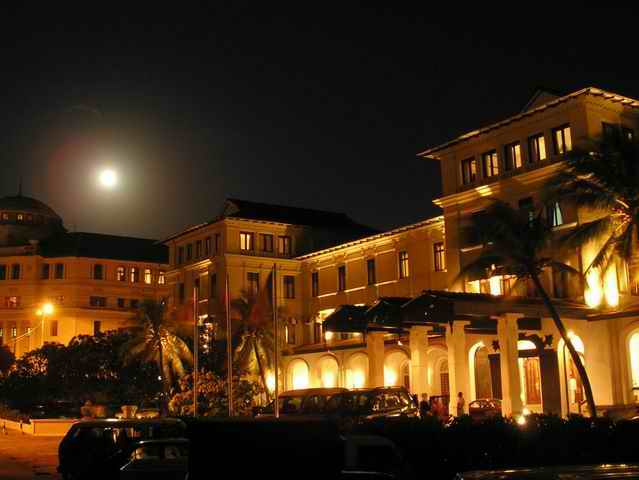 The grand old lady, The Galle face. The oldest hotel, east of Suez.
All photos (except the last): Bob McKerrow. Taken on my mobile phone.
Posted by Bob McKerrow - Wayfarer at 00:45

Great photo of the hotel taken on the phone.

I suspect Ablai has been raising the bar with the photos of late ;)

I enjoyed last night for it was ful of pagentry and fun.

Very worthwhile piece of writing, thank you for the post.

Hurrah! At last I got a webpage from where
I be capable of actually get helpful data regarding my study and knowledge.
My site - Antihypertensive Drugs Sexual Dysfunction

I was suggested this website through my cousin.
I am no longer sure whether this submit is written via him as
nobody else recognize such particular about my problem.

You are incredible! Thanks!