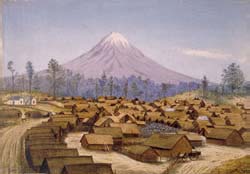 Parihaka is a story about Maori bravery and British (Pakeha) shame. Yesterday I thought a lot about that event which occured 130 years ago. Parihaka is a place I have visited to honour those who peacefully protested, fought and died for non-violence.

The History of Parihaka

Parihaka is a small Taranaki coastal Māori settlement, located 55km south west of New Plymouth. Set in a landscape of  volcanic lahar, this unassuming village is a site of immense historical, cultural and political importance.

The events that took place in and around Parihaka particularly from about 1860 to 1900 have affected the political, cultural and spiritual dynamics of the entire country. 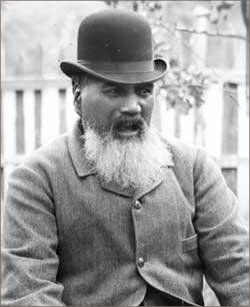 One must look at the wars of the 1860's waged against Māori if we are to understand the origins of Parihaka, a large village founded during the punitive years of mass confiscation and dispossession of Māori from their lands. By 1870 it had become the largest Māori village in the country. Then in 1881 it was the scene of one of the worst infringements of civil and human rights ever committed and witnessed in this country.

The invasion of the settlement on the 5th of November 1881 by 1500 militia and armed members of the constabulary was the result of greed for Māori owned land and the quest for power by politicians and settlers. Parihaka had become a haven for the dispossessed from througout the country. 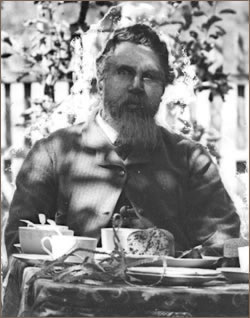 
Two figures, Te Whiti o Rongomai and Tohu Kākahi led the Parihaka movement. Both men were committed to non-violent action in order to resist the invasion of their estates and to protect Māori independence. They drew on ancestral as well as Christian teachings to offer both spiritual and political leadership while the colonial interests sought to portray them as fanatics. Both men advocated good relationships and interaction between all races as long as Māori ownership of lands and independence from Pākehā (European) domination was respected.

Throughout the wars of the 1860's the Parihaka leaders forbade the use of arms and condemned violence and greed. They challenged the Colonial Government over the illegality of the wars, the confiscation of the land and the punitive policies enacted by the Settler Government against Māori.

They established monthly meetings at Parihaka on the 18th day to which Māori and Pākehā leaders were invited to attend to discuss the injustices and strategise for the resistance to land grabbing and assimilation. The 18th became a consistent institution for the Parihaka movement. It recalled the date of the start of the first war in Waitara which began on March 18. 1860.

In 1879 European encroachment on Māori land threatened all Māori settlements. Te Whiti sent out his people to obstruct the surveys and to plough on confiscated land. When arrested the ploughmen offered no resistance but were often treated harshly. 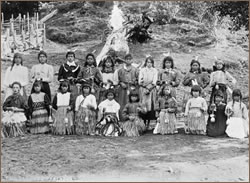 In 1880 the Parihaka people erected barricades across roads, pulled survey pegs and escorted road builders and surveyors out of the district.

The Native minister John Bryce described Parihaka as "that headquarters of fanaticism and disaffection". Parliament passed legislation enabling the Government to hold the protesters indefinitely without trial.

By September 1880 hundreds of men and youths had been exiled to South Island prisons where they were forced to build the infrastructure of cities like Dunedin. 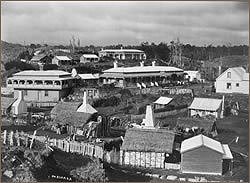 
1891 The Invasion and Plundering of Parihaka


Many never returned to Taranaki as they died on average at a man every two weeks. Meanwhile Taranaki Settlers continued to survey and take possession of land. The resistance continued, as did the imprisonments.

On the morning of November 5 1881 the invasion force led by two Members of Parliament, both Cabinet Ministers entered Parihaka. More than 2000 Parihaka people sat quietly on the marae while children greeted the army.
The Riot Act was read and an hour later Te Whiti and Tohu were led away to a mock trial and incarcerationin the South Island. The destruction of Parihaka began immediately. It took the army two weeks to pull down the houses and two months to destroy the crops.

Women and girls were raped leading to an outbreak of syphilis in the community. People suspected of being from other areas of the country were thrown out. Thousands of cattle, pigs and horses were slaughtered and confiscated. 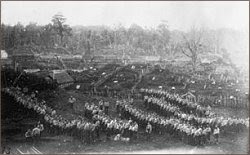 Fort Rolleston was built on a tall hill in the village; four officers and seventy soldiers garrisoned it. The five-year Military occupation of Parihaka had begun.

While incarcerated Te Whiti and Tohu were shown the wonders of European technology. At the Kaiapoi Woollen Mills Te Whiti became perhaps the first person in the country to speak on a telephone and at the Christchurch railway workshops he used a mechanised saw to cut plate steel.

When asked what he thought of the European technology Te Whiti replied that - "indeed the Pākehā did have some useful technology but not the kindness of heart to see that Māori also possessed much great technology which if Pākehā were prepared to adopt would lead to stability and peace and the building of a great new society".

They remained unimpressed and always complained of being there against will 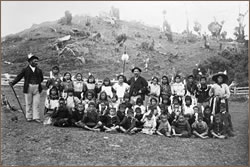 Children and their elders


1883 The Eventual Return to Parihaka

In 1883 the Parihaka leaders were escorted back to Parihaka. Meanwhile hundreds of their men and youths remained incarcerated throughout the South Island. The wives, sisters and mothers of these men often followed them down south hoping to assist their loved ones. These women often lived in poverty and died during their exile 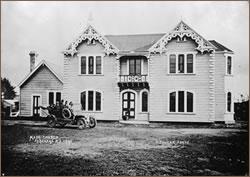 1886 The Resistance is Resumed

On his arrival home, soldiers assaulted Te Whiti in his house for refusing to accept an order not to resume the monthly meetings. He resumed the 18th meetings immediately and used them to mount further protest action on confiscated land.

In 1886 he was imprisoned again along with Titokowaru his protest companion. Days before Te Whiti was released in 1888 his wife and mother of his children Hikurangi died, he was not allowed to return for her tangihanga (funeral) 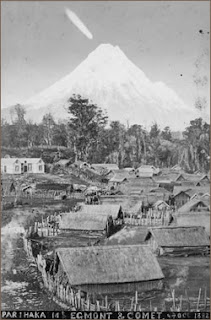 
1888 to 1898   The Survivors Return Home
He returned to Parihaka in 1888 with his future son in law Tāre Waitara. The modernisation of Parihaka continued at a great pace. Elaborate guesthouses were built complete with hot and cold running water. Streets, lighting and drainage were constructed along with a bakery an abattoir shops and a Bank. Parihaka people ran agricultural contracts throughout Taranaki sowing seed, cropping and labouring.

On the 12th of July 1898 the last of the Parihaka prisoners returned to a hero's welcome at Parihaka. Their release brought an end to 19 years of imprisonments of Parihaka men and boys.

Parihaka was described in the 1890's and again in 1902 as being ahead or in line with the most advanced municipal developments in the country.

The Parihaka leaders died during the year 1907. 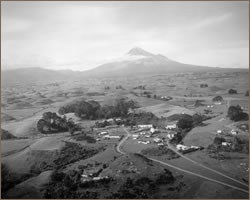 Photograph of Parihaka in the 1980's

The 20th Century Carve Up of Parihaka Lands

The community faced poverty by the 1930's as its land estate was carved up for disposal to Europeans. The Government offered suspensory loans to those who wanted it and they paid nothing for the land itself but these schemes were available only to Europeans.

By 1950 the frenzy to carve up and dispose of their estate was completed. Parihaka was ignored by all, except those who belonged there. Run down and suspicious of further interference, the community continued to hold the 18th day meetings and the work of Te Whiti and Tohu were kept in focus by the people of knowledge regardless of the decades of harsh poverty they and their descendents would endure.

The suffering caused by the confiscation of tribal lands, the invasion and the destruction of Parihaka infrastructure and the imprisonments without trial over the 19-year period to 1898 remains a painful unresolved legacy for the community. The final blows were dealt to the Parihaka people throughout the 20th century with the steady alienation of every scrap of land left to them, effectively leaving the community landless and unable to redevelop.

From the 1970's onward the people of Parihaka have done much to retain their traditions, renovate buildings and to heal relationships within the community itself.

An evocative best selling book ‘Ask That Mountain’ (photo below) by Dick Scott, bought the Parihaka story to the world. 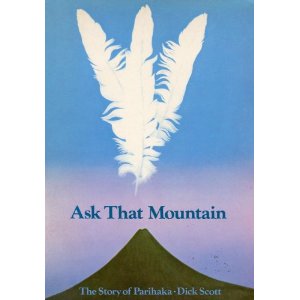 In 1985 the Work Co-ops and Work Trusts held a national hui (gathering) there, assisting with renovation work along side Parihaka descendents.


1990  Te Whiti Monument
Parihaka and Its Place of Pride

By the late 1990's an artistic legacy had already been created by this country's leading artists including Ralph Hotere, Selwyn Muru, Tony Fomison and Colin McCahon. Plays had been written and performed by Harry Dansey, Mervyn Thompson and Brian Potiki. Poets such as Hone Tuwhare, James K Baxter, W H Oliver and Elizabeth Smither had been inspired by Parihaka. Hazel Riseboroughs book 'Days Of Darkness' 1989 introduced a new generation to the Parihaka story. Musicians as diverse as David Grace, Moana and the Moa Hunters, and Tim Finn have recorded and released songs inspired by Parihaka. 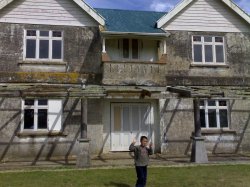 In 2000 a major exhibition of art works, photographs, film, music, writings and lectures was staged at the Wellington City Gallery.

'Parihaka The Art Of Passive Resistance' was successful in creating art, dialogue, education and healing between Māori and other races. An award winning book of the same name accompanied it.

Works by many of the people named above and many others were included in the Exhibition. The Exhibition has since been held in Dunedin and in New Plymouth. 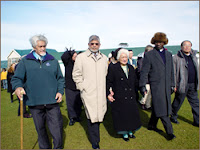 
In 2003 the Parihaka leaders were recognised post-humously by an international delegation of representatives of Martin Luther King Jnr, Mahatma Gandhi and Daisaku Ikeda for their foundational work and sacrifice as fathers of non-violent action.

Parihaka today is a small settlement of unassuming buildings and homes. It is still the meeting place of the peoples of Te Whiti o Rongomai and Tohu Kākahi. The 18th day of every month is still the pivotal forum of the community wherein the traditions and teachings of Parihaka are maintained. The spiritual legacy is one of living in harmony with the land and humanity. It is also a legacy of nonviolent resistance action and a belief in the peaceful and respectful co-existence of maori and other races.

Parihaka people decided in 2005 to launch a festival toward fulfilment of the visions and insights of their spiritual and political leaders. Today the Festival is the people's way of both honouring the teachings of their 19th century leaders and moving Parihaka forward. Taking its place back in the world of nonviolent resistance, the Parihaka International Peace Festival is the culmination of projects aimed at restoring Parihaka. The 2010 festival event was a celebration of the 5th Anniversary of The Parihaka Internaional peace Festival and the teachings of Te Whiti and Tohu.

So the place where the birth of the non-violence methodology started, is an inspiration to all New Zealanders and to all people of the world. Let's remember them.

Thanks to the Parihaka website for allowing me to use some photos and narrative.
Posted by Bob McKerrow - Wayfarer at 00:11

I visited several web pages however the audio quality for audio songs current at this web page is truly wonderful.

Our online term paper are reputable and known for offering high quality custom term papers and may students buy cheap term papers from us. We normally write academic papers in all disciplines of study.