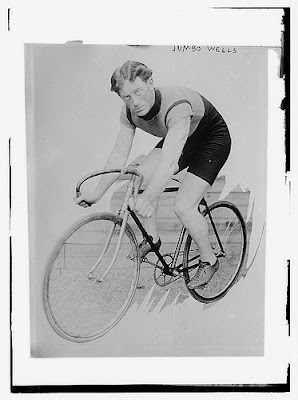 We covered 126 miles from Timaru to Christchurch in 6 hours. The first night we reached Palmerston and slept under a hay stack. The second day Christmas it started to rain at 6 o’clock so we slept in a goods shed. The third night we slept by the Rakaia River. We got up at half past 3 and rode until dark.

We don’t like Arthur’s people so we took Auntie Mary’s offer to stay at her place from Wednesday till Friday. Auntie Mary is a good sort we were out there on Sunday the whole day. Young Freddie had a bad accident with his push bike. He ran into a motor car. The whole family and Arthur and I went into the Hospital to see him.
I have lost all the skin off my face. It was 96 oF in the shade on Saturday, the hottest weather I have known.
We have been to Lyttleton and to have a look at our old house in Madras Street. Saturday night we went to the pictures. I don’t like the town people. They are very funny. If you ask them the way they don’t speak they just walk on. I don’t know if you will be able to read this. I have nowhere to write on. I am writing this up against a post. I will be home on Friday or Saturday, very likely Friday, I hope everbody is in good health. Arthur and I are alright. No punctures so far we were lucky. We thought the distance from Dunedin was 235 but when we got there we found that was by train. It is 246 by road.
This is all I can think of just now.
With love from
Jim

The Plum Pudding was good we had it for dinner on Christmas Day.
I hope Bob has a good birthday.

When I was in New Zealand last month, my sister Marie, showed me a letter, written in pencil, that my father, James William Godfrey McKerrow. b. 02.02.1910, wrote to his Mother, after cycling from Dunedin to Christchurch in 1928.
I remember the bike carefully stored in our cellar in Dunedin. It was a big black roadster, with double forks. My Dad carried many bags of cement, 4 x 2's and lots of building material strapped to the frame of his bike, from South Dunedin, up the very steep Leckhampton Court and Forfar Street, to our house in Clyde Hill. It was a gutbuster. I wonder how many other journeys Dad did, but never recorded ? He fought in North Africa and Italy during World War 2, and I have most of the postcards he sent my Mum. That is his record during a very tragic part of world history. I am proud of my Dad and Mum.
Posted by Bob McKerrow - Wayfarer at 23:54

Email ThisBlogThis!Share to TwitterShare to FacebookShare to Pinterest
Labels: Cycling from Dunedin to Christchurch., Cycling in New Zealand, Cycling in NZ in 1928

Classic letter, I love the stories of the old cyclists, makes me want to go on journeys of my own. I thought the other day I might just up and bike to Cape Reinga, see how long it takes, camp under bridges. Fantastic.

wonderful image and beautiful story - great post - thanks for sharing!

Tks for yr feedback. I too enjoy these early cycling stories and the metaphors of cycling. Let's do a trip together. Why not around Nias with surf borads ?

I am pleased you enjoyed the story. I enjoy those old adventures when young men wrote letters to their Mothers in pencil.

Hi Bob, your sister in law Barbara here - my sister sent me a link to this, somehow it popped up in her google alerts or something like that. Nice story and just at a time when your youngest brother has taken up cycling - longest ride so far just over 100kms.

This is my first time go to see at here and i am truly pleassant to
read all at one place.