Is truth being buried by the rise of new media ?

I was in Bangkok earlier in the month and saw an editorial in 'The Nation' that provoked me to respond as the writer was criticising those of us who use webs and blogs.

He says, " Rather than bringing us closer together, websites and blogs are bringing more hatred, division and misinformation than ever before."

Speaking at a commencement ceremony in Virginia, Obama - a known user of BlackBerry, as well as Twitter and Flickr - singled out Apple's iPods and iPads for criticism. No, he wasn't cheering one item over another; he was trying to make the point that these high-tech gizmos and applications are straining American democracy. 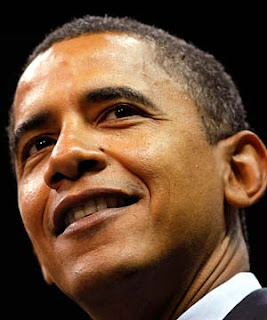 "With iPods and iPads and X-boxes and PlayStations - none of which I know how to work - information becomes a distraction, a diversion, a form of entertainment, rather than a tool of empowerment, rather than the means of emancipation," Obama said at Hampton University in Virginia. "These are distractions that are putting unnecessary pressure on the country."

Obama lamented the spread of social media and blogs, through which "some of the craziest claims can quickly claim traction".

While Obama's message was for American consumption, Thailand and the rest of the world are not immune to this phenomenon.

"We can't stop these changes," he said, "but we can adapt to them. And education is what can allow us to do so. It can fortify you, as it did earlier generations, to meet the tests of your own time."

Thailand has come to know the "changes" that Obama was talking about. However, we can't say wholeheartedly that these changes are for the better. Much of the news about these new technologies, often disseminated through the so-called "new media", are associated with crime, such as theft and pornography, not to mention intrusion into private lives.

Modern telecommunications and Internet technology may make our business transactions faster and allow us access to information at the push of a button - as the makers of these devices claim that they are linking people closer to one another - but in reality they don't make us better people or help us better understand the world we live in.

Too often we confuse information with knowledge. Because we confuse these two very different ideals, there is a tendency to believe almost anything that is posted on the Internet or sent via Twitter. This is a dangerous development.

"With so many voices clamouring for attention on blogs, on cable, on talk radio, it can be difficult at times to sift through it all, to know what to believe, to figure out who's telling the truth and who's not," Obama said.

The users of the so-called "new media" of blogs, Twitter and Websites all operate on "real time" and they cannot and will not wait 24 hours before releasing their information - accurate or not. And so they grab at anything politicians say or do without putting it in a proper context. In other words, it's not hard for the new breed of shameless politicians and others to exploit this reality.

In a traditional newspaper, information is ditched every 24 hours. While this gives the public time to sift out the truth and form considered opinions, it also greatly reduces the free space to spin out lies or half-truths.

While Obama was referring to American society when he said "All of this is not only putting new pressures on you. It is putting new pressures on our country and on our democracy", we cannot deny that the same can be said for many other countries.
In some parts of Asia, where governments are dealing with vicious opposing voices, these new communication platforms have generated more hatred, misinformation and societal division than ever before.

Unfortunately, we can't turn back the clock. We can only, as individuals, employ sound judgement and not be fooled into believing everything that the spin-doctors and bloggers want us to believe.

This should be a lesson to all of us who blog, or communicate on social media, to take this democratic right responsibly, and seriously, to sift the chaff from the wheat, and try to be as accurate as possible in what we write about.

But like everything else in this world, that is easier said than done.

Kia ora Bob,
Back in my uni days a political science professor once me told me if I wanted to get at the real truth to read from the far left, then the far right - the truth will lie somewhere in between.
What is very scary to me is the emergence of media organizations that are entirely dedicated to one point of view, Fox network, Rush Limbaugh, Rupert Murdoch, ect. These lowest common denominator politics are having a real impact upon America. I find it frightening, but it seems we want to blame "someone else", or more to the point those whom might look different, or have different beliefs. Even here in New Zealand talk back radio in particular is becoming a real breeding ground of the majority hysteria.
Sifting the chaff from the wheat sums it up indeed. Have a great day Bob.
Cheers,
Robb

Kia Ora Robb, How is the hip coming along ? Your old professor certainly gave you some good advice, as there is a sort of middle path if you read enough to be well informed. Some of the satellite channels are frightening such as FOX, with the one-eyed tripe they dish up.
I hope people l;ike you, Pohangina Pete, Jamie, Paterika, Marja, Aspiring Donald and others can continue to write blogs with passion, with accuracy about things we care about.

I am off to Sri Lanka for two weeks on Thursday so am looking forward to that. Bob

What about good old TV I think Tv is a very narrow channel of what is going on the in the world
The bad things in some part of the world other parts get completely ignored and for the rest a lot of junk.
I think the internet gave us access to so much information, good and bad truth and fiction
I've increased my knowledge about
different cultures enormously by reading blogs, learned to write
get in touch with people I normally would never in the world get in touch with. I met several of them and sorry I didn't get to meet you.
I think with a good portion of common sense you can figure out what is right or wrong.
Sometimes it is a bit of a worry that people spend to much time on the net, I think especially for our young people that there brains develop totally different and ther social skills will decrease but everything has it advantages and disadvantages.

The internet has certainly given us access to much more information than we previously had. We, and the younger generations, need to be decerning about what is a vailable on the internet. Frankly, there is a lot of dreadful propaganda out there along with a lot of factually incorrect data.

As I said in the posting, we need to learn how to sift the chaff from the wheat.

"We need to sift the chaff from the wheat"

Indeed mate, but easier said than done, I'm not sure anyone has it figured out yet.

They way I look at it as a blogger is that my little corner of the internet will at least be a positive, interesting (for some) and honest place.

And that value is certainly what I value in the (very few) blogs that I follow, like yours. Genuine stories of genuine lives.

Some days it is hard to distinquish between chaff and wheat, but try we must.
I think your comments "positive, interesting and an honest place" have a ring of sincerity about them.

If we all strive to post stories with those intentions the internet will be a better place.

Have a good week mate. Bob

Very interesting reading. I was just wondering if you have had time to find out the answer to my question regarding the duration of the earthquake in Padang? I would really like to know, though I havent been able to find this info on the internet. It seems you are my only hope :).

I wish I could help you regarding finding the duration of the ewarthquake. One of the Indonesian Seismologists I know, thought it lasted a little over two minutes. I will keep asking. Good to have contact with you again.

Whats up! I just wish to give an enormous thumbs up for the nice data you might have right here on this
post. I will be coming again to your blog for extra soon.