The annual ritual of receiving the New Zealand Alpine Journal 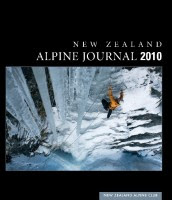 My copy of the New Zealand Alpine Journal (NZAJ) comes to me every year via my headquarters in Geneva. It arrived in the mail on 3 January in Colombo Sri Lanka.

Rockclimbing, bouldering, poetry, history, alpine climbing, ski mountianeering and what I enjoyed was to see first time climbers and pensioners writing. The layout is refreshing and the quality of the photo, at times, stunning. The four pages of advertisements were tasteful and enticing.

I received my first journal in 1967 when I joined the NZAC and when opening this edition, the same excitement and expectaion was there that I first experienced way back. However, as I get older, it is with some trepidation I turn to the obituary section. Austin Brookes and Harold Jacobs are no more and are probably hovering above some valley or Lake they dearly love, in Fiordland. 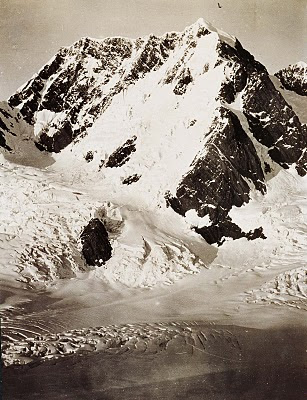 Peter Cammel our current President shares his experiences in the Alps and says “ Our sport is truly vibrant and vital.” The leadership given by a succession of active and astute Presidents over many years is what has led the club through hard times and had the courage and vision and takes a few gambles. It is great to see funding is in place for the new Unwin Hut.

The divesity in the age of the writers more than matched the dibersity and quality and of the articles.

I enjoy little snippets of the feats of sly old dogs such as Dave Bamford, who has quietly been knocking off the 3000 m peaks, unrecorded. One to go, and by the speed of snail mail today, he’s probably done the last one.

Hokkaido Ice climbing, ‘The Nose in a Day’ and of course the article on Freda du Faur were interesting. Important reseach done by Denis Calleson in locating the rock that the photo of Freda was taken 99 years ago, with guides Alex and Peter Graham, adds value to the article

Good to read Danilo Hegg detailed article on the Matukituki and the naming of the peaks and places. Danilo has an excellent web log too that I look at from time to time and in these In days of social networking, the NZAJ really is an extension or a summary of what most of us are picking up off the internet, but long may the NZAJ continue as it has been a journal of social networking among mountaineers since 1892.

The pensioners are beginning to take up a lot of space with Sefton on a Pension, and `When I am 64 by John Entwhisle. The age 64 rings an enormous bell for me, because when Vern Leader turned 64, Aat Vervoorn and I guided him on a GT of Aoraki Cook in 1973.

In a world that’s getting more politically correct every day, its always refreshing to see the photo with a caption using Thoreau’s quote, “ All good things are wild and free.”

Most of the other articles were well written, and some highly inspiring ones such as those which involving skiing in Alaska, Norway and locally, Hokitika to Tekapo. 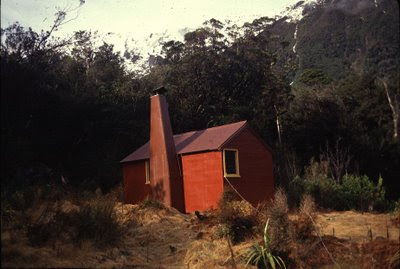 The photo West Mathias Bivy reminds me very much of Moonbeam hut in the Waitaha valley. Photo: Bob McKerrow

The photos of Mungo gorge and West Mathias Bivy in’There be Dragons’ really dragged some deep emotions out of me looking at familiar places. And what a wonderful place to read Voltaire ! A fine feat by Erik Bradshaw

I enjoy the growing emphasis on rock and bouldering and the startling photo on the rear cover complements the Wye Creek one on the cover.The photo of Jamie Vinton-Boot on` Southerly Front markets rock climbing better than any words can, The articles and photos of climbing in Tasmania, the Arapiles and El-Capitan. To think that Helen and Ewan were learning to climb in the Aucklanf Grammar Quarry a few years ago, shows how NZ climbers are still gutsy and born risk-takers.

I wrote at the outset my NZAJ are send to my headquarters in Geneva and sent to whichever country I am working in at the time. Over a 40 year Red Cross career my assignments have strangely followed the Himalaya, the Karakoram, Hindu Kush, Tienshan. Pamirs and of course high Ras Dashan in Ethiopia, Kilimanjaro and the volcanoes of Java, Sumatra, Sulawesi and Borneo. Coincidence or not ? 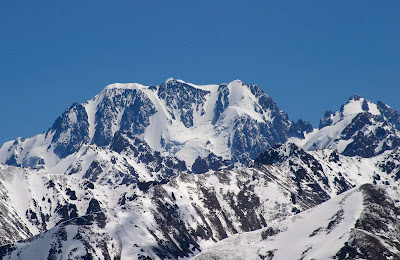 The tienshan mountains in Kazakhstan where I read at least three NZ Alpine Journals while I lived there and spent winter holidays in mountain shelters. Photo: Bob McKerrow

Often the journal went with me in my pack and read on treks and climbs. This one is being read on the 24 th floor of my apartment in Colombo, a building built for climbing as I teach my 7 year old boy to climb buttresses, flutes and traverse round columns. 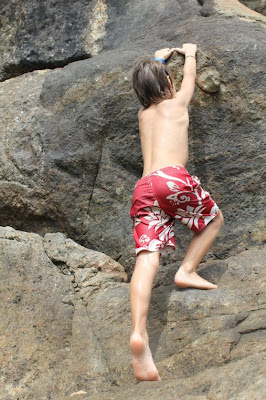 On the left is Mahdi bouldering on rocks on Paradise Island, Sri Lanka.

It will be a joy to get he and his 11 old year brother permanently back to NZ to do an NZAC course. Having spent 30 of the last 40 years overseas, the annual ritual of receiving the NZAJ is like a spiritual rope that binds me to the Southern Alps.
Posted by Bob McKerrow - Wayfarer at 01:05

Kia ora Bob,
Just like getting a bag of pineapple lumps - a real Kiwi treat for you.
When will be moving back to New Zealand?
Just got back from the Ruahine - out there with Pohangina Pete for 4 days. It was a real pleasure. Toted along a few wee drams and your name came up once or twice :).
Have a great day Bob.
Cheers,
Robb

Yes, It is similar to getting pineapple chunks but these journals keep me in touch with the mountains of home and around the world and those daring people who climb them. I bet you and Pohangina Pete polished off a few bottles of rye.

I was going write to about the various emotions the NZAJ used to evoke in myself [now a lapsed NZAC member], but on a second read of your article it struck me that in '73 [your trip with Vern] I too was inspired by a group of over 60s I met in the Copland Valley...

We were 'holed up' in Welcome Flat hut in the worst of weather and in stumbled a small group - average age 68 if I recall. Some drank up to 8 cups of tea and slowly the story emerged that they'd just come down from a West Sefton climb [it was so bad out I thought they'd simply come down from the Douglas Rock hut]. One was Mavis Davidson, and we kept in touch thereafter for many years, swapping Xmas cards and the odd letter.

When the weather cleared we repeated their route and retrieved a few things like snow shovels they'd abandoned high up the creek above Douglas Rock hut. Retracing their footsteps to this day in my mind, I'm still inspired by what they did at their tender ages!

Like you quoted from Gaston, it's better to have dreams than live off memories.

On that score the quote 'Lose your dreams, lose your mind' by The Rolling Stones, graced the cover of the first Yvon Chouinard catalogue to reach NZ, and it too still inspires me, but I do wonder about my tendency to recall these disparate events, that are etched in my memories. Guess it's part of being human!

73 was my most memorable year in the mountains and I can just imagine you being inspired by meeting Mavis Davidson and her ilk.

How well I remember that cover of the first Yvon Chounard cover. Quite impressive compared to Odcars of Bevan Napper's catalogues.

Recalling disparate events is all part of the joy of reflection. We learn knowledge in 3 ways:

Today, I went to the beach with my kids. I found a sea shell
and gave it to my 4 year old daughter and said "You can hear the ocean if you put this to your ear." She placed the shell to her
ear and screamed. There was a hermit crab inside and it pinched her
ear. She never wants to go back! LoL I know this is completely off topic but I had to tell someone!